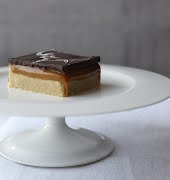 10 Tweets To Start Your Day: Thursday May 25th

The UK will fall silent at 11am today for a minute’s silence in remembrance of all those who lost their lives in the Manchester concert bombing.

Latest from #Manchester as minute's silence set to be heldhttps://t.co/IE3vRJoNFl pic.twitter.com/IJtzAHLhkO

Tributes continue to pour in for the 22 victims of Monday night’s attack. Yesterday, following the raising of the official threat level to critical and deployment of troops on the street, British Twitter users faced terror with humour by using the hashtag #BritishThreatLevels.

We're British. You can't scare us until you raise the threat level to "sorry, there's only continental breakfast left
#BritishThreatLevels

"Just give them a ring"#BritishThreatLevels

Trump descended on the Vatican yesterday and many memes were made.

Ben & Jerry’s have announced they are banning customers in their Australian stores from ordering two scoops of the same ice cream flavour in protest of Australian’s inaction on marriage equality.

This good boy popped up to co-host during live Russian news.