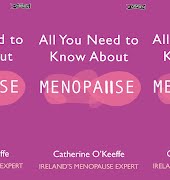 10 Things You Didn’t Know About Kissing

There’s scarce an individual who doesn’t enjoy a good smooch, right? It feels nice, it’s a sign of intimacy and the simple act of puckering up sends lots of lovely endorphins running through our bodies. Time Magazine have shared some interesting facts and figures around the art of kissing.

Author William Kane (whose book is also called ‘The Art of Kissing‘) tells Time that?67% of men don’t mind when women wear lipstick while kissing. Conversely, women are far more fussy. 53% of us prefer a clean-shaven man. Stubble rash, unfortunately, has yet to be considered a good look. Interestingly, 33% of people open their eyes while kissing, though we reckon this is more a trend when you’ve been kissing the same person for a while. Surely staring into the eyes of another, during your first kiss, would be a little disconcerting. Furthermore, the majority of people?naturally turn their head to the right when kissing, whether they’re left or right handed.

When it comes to our kissing preferences, Kane says that ‘women’s favorite spot to be kissed, other than the mouth, is the neck. “96% of women reported that they like neck kisses, while only about 10% of men do.”

Further demonstrating the difference between men and women, Kane reports that “men often respond most to the French kiss, whereas women often respond to a?romantic kiss. Guys will say they’re not really getting excited unless there is some tongue contact, while girls will often say if you’re passionate and loving, a lip kiss is good enough.”

On that all important, incredibly nerve-wracking first kiss, The Art of Kissing author refers to various other studies: “We instinctively sense that a lot is riding on our performance. And there’s good reason?for most people, a bad first kiss can end a relationship before it’s even begun. In a separate survey, Hughes asked people,??Have you ever found yourself attracted to someone, only to discover after kissing them for the first time that you were no longer interested?? The majority of both male and female respondents answered yes. But if a bad kiss can end a first date, can a good kiss prompt one? Probably not, according to Hughes’s original study, which found that most men (69%) and women (67%) don’t believe in starting a relationship with someone just because he or she is a good kisser.?The odds a woman will kiss her partner on their first date are?1 in 1.85, or about 54%.”