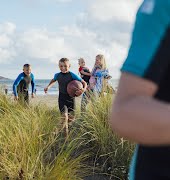 Far From The Madding Crowd: 10 Reasons You’ve Got To See It

To some, Far from the Madding Crowd is a Thomas Hardy novel they studied for the Leaving Certificate and can’t think about without flinching. To a lot of others, it is a timeless tale about a young woman attempting to assert her independence in a world that isn’t ready for such a strong will. Carey Mulligan is Bathsheba Everdene, a young woman in Victorian England who inherits a small fortune. She encounters three love interests as she runs her farm and business: the reliable sheep farmer Gabriel Oak; William Boldwood, a well-to-do farmer and respected figure in the community; and Sergeant Troy, a dangerously attractive soldier.

Throughout the tale, Bathsheba encounters society’s judgment, heartache, financial challenges, and she learns just whom it is her heart requires.

The heroine is kickass

When it comes to historical dramas, we’re so used to seeing plots revolving around marriage and corsets, that the sight of a young successful businesswoman is like a lightening bolt. Bathsheba Everdene is a firecracker of a character. She doesn’t necessarily make the wisest decisions, but she remains true to herself and emerges as a character that will eternally appeal to readers and viewers. Considering Carey’s next role is in a drama called Suffragette, about women’s struggle to obtain the vote, we think she’s perfect for the part of Bathsheba.

The last time we saw Far from the Madding Crowd‘s leading lady on the screen was in overlooked indie flick Inside Llewyn Davis. Despite an undeniable talent and a stellar performance in An Education, Carey isn’t one for courting the limelight, choosing to focus on theatre roles in recent years. The actress married her childhood pen pal Marcus Mumford, of Mumford & Sons, in 2012 and the couple tends to avoid the paparazzi and concentrate on their careers.

Carey’s return to screens is eagerly anticipated by cinemagoers, and we have to say we’re already looking forward to her red carpet wardrobe as she promotes Far from the Madding Crowd. At the London premiere last week she wore an embellished Christian Dior couture gown and looked a thousand kinds of amazing.

There’s more to Belgium than drooling over its chocolate exports. Their actorly exports are just as seductive.? Matthias Schoenaerts first came to our attention as the burly boxer with a hidden heart in French drama Rust and Bone, and a few weeks ago we fell for his conflicted German soldier in Second World War romance Suite Fran?aise. In Far from the Madding Crowd Schoenaerts plays Gabriel Oak, a shepherd who falls instantly for Carey Mulligan’s Bathsheba Everdene and has to watch from the sidelines as she attempts to be a truly independent woman in Victorian England. Expect a lot of handsome brooding and a new crush to develop.

The best thing about costumes dramas are the costumes, and from what we’ve seen so far, Far from the Madding Crowd will not disappoint. Carey’s dresses are smart and elegant, exactly what you’d expect from an heiress trying to run a business. Janet Patterson is the designer behind the outfits, and her CV is a master class in stunning historical accuracy. The designer counts Jane Campion’s catalogue among her achievements, with Bright Star being our personal favourite.

The writer of One Day wrote the script

Remember One Day, the romance novel no one did not read a few years ago? Well, the writer of that stunning piece of literature is behind the script for Far from the Madding Crowd. David Nicholls is a dab hand at bringing classic novels to the screen. He adapted his hit novel One Day for the screen and has also written scripts for Tess of the D?Urbervilles and Great Expectations.

The film has a rural setting and England’s lush Dorset provides the backdrop to this love story. The rustic and green landscape of Dorset is the perfect setting for this emotionally charged story. Expect a tourism boom for the region, which directly inspired Far from the Madding Crowd‘s author Thomas Hardy.

Michael Sheen is gorgeous. End of. We’re loath to use the clich’d phrase ?thinking woman’s crumpet?, but Sheen is a total brain crush on hit US drama Masters of Sex, and he’s a really good baker. The Welsh actor guested on this year’s Comic Relief edition of The Great British Bake Off, and let’s just say he got very competitive about a lemon meringue. Ideal bloke, much? As gentleman farmer William Boldwood in Far from the Madding Crowd, expect Sheen to deliver a trademark excellent performance.

Not sure where you’ve seen Tom Sturridge’s name before? This young English actor has been Sienna Miler’s other half since 2011, and the two thespians have a daughter together, named Marlowe. When not accompanying Sienna on the red carpet, Sturridge is steadily building a damn impressive resum?. In recent years he’s starred in beatnik classic?On the Road, tried his comedic talents in?The Boat That Rocked and portrayed famous painter John Everett Millais in the movie?Effie Gray, a drama about an illicit romance that rocked Victorian society. That latter role was perfect preparation for the role of the swooningly romantic Sergeant Troy in?Far from the Madding Crowd, a soldier who Carey Mulligan’s Bathsheba fall for after a woodland encounter.

Far from the Madding Crowd hits Irish cinemas May 1st.