Family of Irish man stuck in China: ‘His mental health and physical health are so low, it can’t get any worse’

Richard O’Halloran has been held in China for two years. Here, his wife Tara talks to Liadán Hynes about her struggle to get the father of her four children home.

The day I speak to Tara O’Halloran it is her sixteenth wedding anniversary. She and her husband Richard first met in Barbados she smiles. It was particularly special, because it transpired that their parents had known each other for years.

That is the only time Tara smiles throughout our conversation. She will not be celebrating with her husband; it’s two years since she has seen Richard. Just like all the other important family events over that time, birthdays, communions, confirmations, her beloved mother’s passing in January of this year, and two Christmases, Richard has not been home in Dublin with his wife and their four children Scarlett, Ben, Isabella and Amber, to celebrate.

“It’s just another day that he’s missing unfortunately,” Tara tells me. “It’s so sad, for him.” 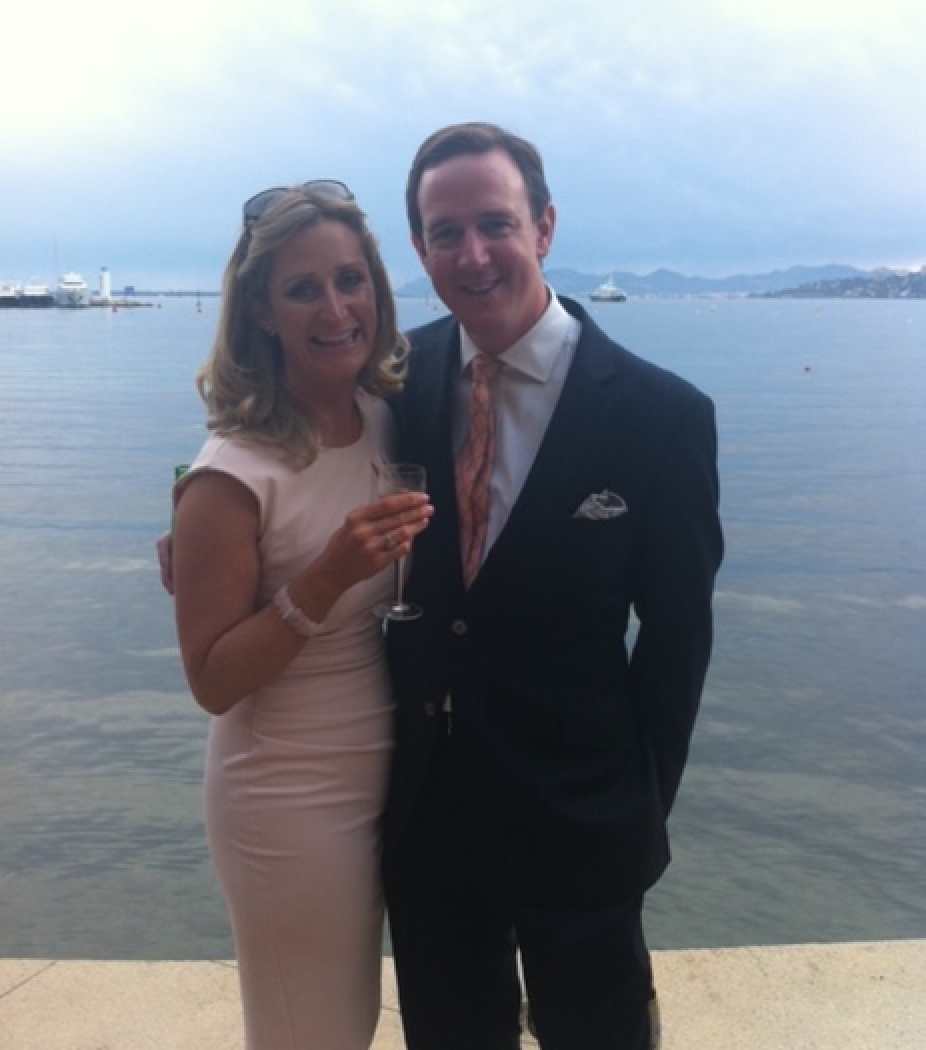 In February 2019, Richard, who had been working for a company called China International Aviation Leasing Services since 2017, travelled to Shanghai after the chairman of the company, Min Jiedong was arrested for peer to peer crowd funding, Tara explains, an aircraft deal which had happened in 2016, before Richard joined the company.

Following legal advice, Richard travelled to China to meet with the shareholders, to see how they wanted to proceed. Going through the airport after his meetings, he was stopped at passport control, and taken in by the Police Bureau, who interrogated him for hours.

“He was just terrified, because he didn’t know what was going on, he had no legal representation with him, no one to translate so he couldn’t understand half of what they were trying to ask him,” Tara recalls now. Her husband was told that officials were putting a ninety-day exit ban on his passport.

At the time, Tara recalls, she though the matter would be quickly sorted. “Very naively on my part obviously.”

Mr Min has since been sentenced to ten years in prison. During his trial, both he and the prosecutor told the court that Richard had nothing to do with the events. The judge ordered Richard to resign, and to hand over the company’s bank accounts. He refused to guarantee that doing so would mean Richard could go home, and when Richard cooperated, the judge said he had changed his mind and refused to accept the details, Tara says. 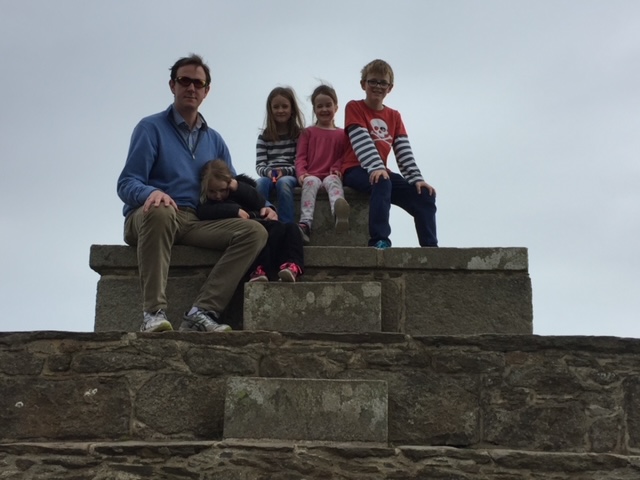 Since then, the family have had no direction from authorities.  “We don’t know what they want from Richard. We have no contact with them,” Tara says. They have been told Richard is free to move about China but cannot exit the country. In fact, Richard, who first stayed in a hotel and now lives in an apartment, barely leaves his room.

“He has a lung condition,” Tara explains with a tremor in her voice. “He’s had open chest surgery on his lungs; they are held together basically by staples.  He’s had multiple lung collapses in the past, and the air quality is very poor in Shanghai, so he’s very limited in what he can do. Plus he’s terrified because his calls are being monitored, he’s being followed.”

A few months ago, he collapsed in his room in the hotel, found by the maid in the middle of a seizure. Rushed to hospital, he had a second seizure, his heart stopped, and doctors had to resuscitate him. His medical team put it down to chronic stress. Terrifyingly, Tara had not heard from her husband for several days; he rang her from hospital, his own memory of events hazy.

“That really knocked it out of him. He was just very frightened, because he’s alone, and if something did happen to him, nobody would know. It’s a nightmare to be honest.”

Until recently, Richard has coped amazingly, she says. The family — Tara and Richard have four children ranging in ages from seven to thirteen — would have regular contact, speaking several times throughout the day.

But in the past two months, Richard’s spirits have plunged dramatically. “He’s just been so depressed that we now don’t have very much contact with him at all. He’s lost all hope, he’s really at rock bottom, and he will barely answer the phone anymore. Which is heartbreaking for all of us, but for the kids particularly.”

When Richard first left, their youngest daughter was five, she’s now seven. Trying to explain the situation to the children is impossible, Tara says.

“The longer it went on, they were distraught. Because they couldn’t understand it. He’d literally just been removed from their lives. It’s not like we had separated, they might be coming to terms with that by now. He’s very much still here. All his clothes are still hanging in the cupboard. His toothbrush is in the bathroom.”

All three girls now share a bed. Full of worry, her nine-year-old daughter doesn’t sleep at the moment. “She’s afraid to go to bed because she thinks that I’m going to go.”

“They’re wonderful kids, and a great little team,” she adds. Of her own stress levels, she admits “I just have to keep going. I don’t really have a chance to dwell on anxiety, because I’ve got four kids. And they need me to get up, and get them to school, and just not be falling apart.” 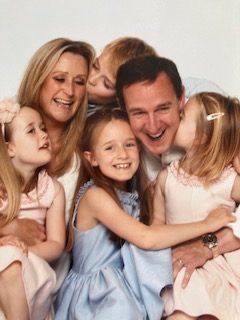 Both her own and Richard’s family have provided amazing support, and Tara is surrounded by “an army of women” who have helped with everything from dinners to drop-offs. “There’s always somebody there if I’m having a bad day. I feel very blessed, that’s the only good thing that’s come out of this.”

Devastatingly, her mother Margy O’Sullivan died in January, after a difficult struggle with throat cancer. In her last weeks, having lost her voice, she would ask for her adored son-in-law every day by writing Richard? on a page.

At the outset, on official advice, the family did not publicise their plight. There was a concern it might displease Chinese authorities and hold up Richard’s chances of coming home. Now, almost two years in, Tara says she cannot keep silent any longer. She has been disappointed by the response of the Irish government.

“I’ve been begging them for help at this stage. They need to demand from the Chinese that he’s released, because he’s done nothing wrong and they’re holding him illegally. It’s a human rights issue. He’s very unwell, he’s not going to survive much longer. His mental health and physical health are so low, it can’t get any worse.”

She had set her hopes on a recent call between Minister Simon Coveney and the Chinese foreign minister. “I was led to believe that this call was going to be a very big turning point in Richards case. From what I can gather, Richard’s name was barely raised.”

There is a petition on Change.org, Save Richard O’Halloran Now.  Tara is keen to point out that the option to donate is nothing to do with the family. “We don’t want any money; we just want people’s signatures. If anybody would like to sign it, I’d be so grateful.

Tara feels that Richard cutting off contact in the past weeks is a form of survival. “It’s almost a way of protecting himself, he’s just switched off. It’s very hard, because we’re still here. And we’re still hoping and praying that something will happen. But I’m not confident that it will. I just hope that this is not going to go on for years. That’s my big fear.”