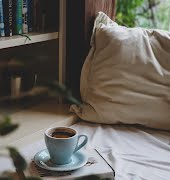 It came after the county overtook Dublin as the area with the highest infection rate per 100,000 people at 148.2. Dublin currently stands at 145 cases per 100,000 of population.

Donegal is the fifth county to face temporary localised restrictions, which will last for 3 weeks, and the second, after Dublin, to enter Level Three.

As in Dublin, under Level 3, people are being asked to stay in the county and only leave for essential purposes.

People are also asked to only have visitors from one other household in their home or garden, and to work from home unless absolutely necessary.

Indoor dining in pubs and restaurants is not be allowed, with only outdoor dining permitted to a maximum of 15 people.

‘Wet’ pubs can remain open but with the same limit of a maximum of 15 people outdoors only.

From Monday, wedding numbers will be restricted to 25 people only.

It also emerged this weekend that the Government imposed Level 3 restrictions on colleges, which will see most tuition move online for up to three weeks,  though third-level institutions will remain open during the move. Students are encouraged to remain at home rather than travelling to campus.

Minister for Education Simon Harris has said the country is at a “critical two weeks” in its effort to curb a second wave of the virus.

“Notwithstanding all the protective measures that have been put in place by our higher level institutions, you will appreciate there is now a growing concern about the impact the recommencement on campus of activity will have on the very fragile epidemiological situation that pertains at present.

“We are asking people to show common sense. If you don’t have to trek across the country to attend a lecture, you should not have to,” he said.

Acting chief medical officer Ronan Glynn on Friday night said there was “every chance other areas will have to move to level 3”, but said there is “nothing inevitable about it” and people can work together to “turn the tide on his virus”.

Read more: How are the kids feeling? We hear from three different families across Ireland

IMAGE PwC Businesswoman of the Year Awards 2022: Who should apply?

‘Watching the horror unfold on the news, I keep returning to the dignity, determination and strength of Ukrainian President Zelensky’