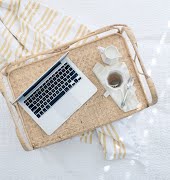 Are the bare shelves in supermarkets a result of Brexit?

By now we’ve all seen the posts on social media of Irish Marks & Spencers shelves, devoid of groceries since the holidays.

The photos threw up concerns that retailers were facing food supply issues due to Brexit as some worried that similarly empty shelves in other supermarkets were also starting to look suspicious.

This was followed by a report that Northern Irish MPs have been warned to expect disruption to the country’s food supply chain.

So what exactly is going on?

A spokesperson for the British chain told TheJournal.ie that while the issue is not widespread, the lack of stock is being caused by the transition to new processes. The hope is that these teething problems will be worked out quickly and systems will return to normal.

However, statements made by Policy Manager for Logistics UK Seamus Leheny told the Northern Ireland affairs committee don’t bode well. he explained that the biggest issue UK supermarkets face is unpreparedness when exporting their goods to Northern Irish ports.

Supply trucks are arriving to Northern Ireland without the correct documentation and are being forced to turn back. “We had lorries arriving into Belfast with no documentation at all … it’s the lack of preparation on the GB side,” he explained.

Companies that source the majority of their Irish store goods from UK suppliers are facing the toughest challenge, navigating a new process without a closer supply in place.

RTÉ‘s Europe Editor Tony Connolly is among those calling for laxer restrictions on food exports, referring to the Northern Ireland Affairs Committee protocol.

Quoting Article 16 of the NI protocol, he said: “If the application of this Protocol leads to serious economic, societal or environmental difficulties that are liable to persist, or to diversion of trade, the EU or the UK may unilaterally take appropriate safeguard measures.”

The DUP's Ian Paisley MP tells the NI Affaris Committee that the NI Protocol shd be "removed" and that Article 16 of the Protocol should be invoked. Describes it as an "unmitigated disaster… Those who advocated for the Protocol have some responsibility for that.

However, before action is taken, the pressing problem has been the lack of communication between UK authorities and suppliers and parcel companies, so that all are aware of the post-Brexit regulations in place.

For now, port authorities are trying their best to be flexible and minimise disruption, said Leheny, but a resolution needs to be reached soon.

Read more: What exactly is going on Washington DC: An explainer of the Capitol riots

Read more: Are mobile bank apps like Revolut and N26 safe and what are the benefits? A financial services expert weighs in

Yoga+ retreat review: Here’s how the IMAGE team got on

5 Christmas pop-ups to visit over the festive season