Ahead of this weekend’s pop-up in MART Gallery & Studios, we caught up with Grace Collier to chat about what we can expect, the community she’s built through SPICE, and the absolute essentials of vintage shopping.

When you envisage the Irish vintage shopping scene, the happy head of Grace Collier instantly springs to mind. In the business since the summer of 2017, promoting sustainable fashion and individual style have been her top priorities since day dot.

From the first ever pop-up in Clonakilty to opening the doors of her hugely successful bricks and mortar premises in Limerick, Grace’s handpicked stock and inimitable curation quickly garnered Spice quite the reputation.

When the pandemic rolled around, Spice shut up shop and shifted focus towards its online community, and seven consecutive stock drop sell-outs later, it became clear that the right choice was made. However, Grace is now getting back to her roots with in-person pop-up shops that are drawing a serious crowd. This weekend’s pop-up is taking place on Saturday and Sunday from 12-5PM at MART Gallery & Studios, Rathmines, Co. Dublin. 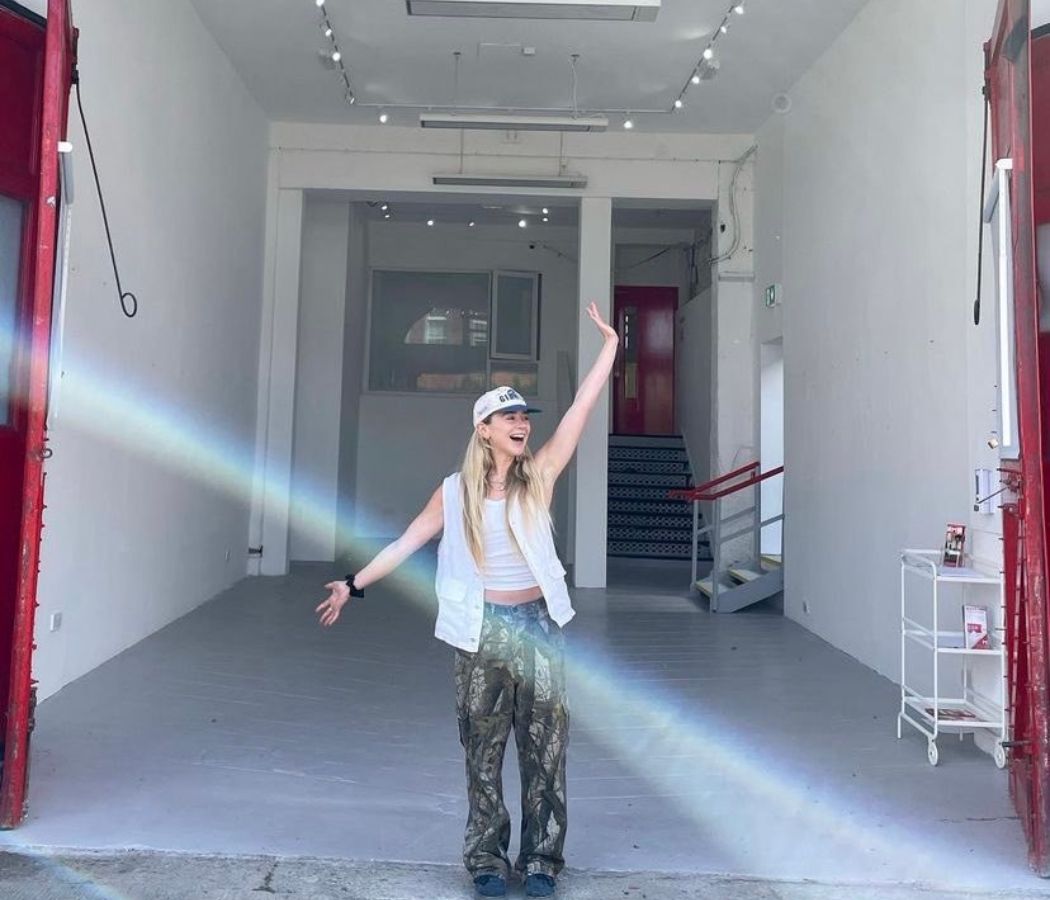 ‘The best day of my life’

Back in July, the first Spice Vintage pop-up shop was held in MART Gallery & Studios, Rathmines, and it’s safe to say that no one could have anticipated the reaction it would receive.

“There was a queue of people lined up down the street before I even opened, and a constant string of people from the till, through the shop and out the door,” Gracie tells me. “It was absolutely bananas, I honestly couldn’t believe it.”

As you can imagine, the day was pure chaos. Friends and family who came along to show their support banded together and got to work tagging and selling, and Grace’s dad, we’re told, was like a machine. “We were selling out of stock because I just couldn’t have anticipated the volume of demand on the day. My dad turned to me and he said, ‘I’m going home to get more stock’, and off he went. Two hours later, he was back tagging like a machine. At one stage he was trying to put out the clothes that I was wearing earlier that day!” 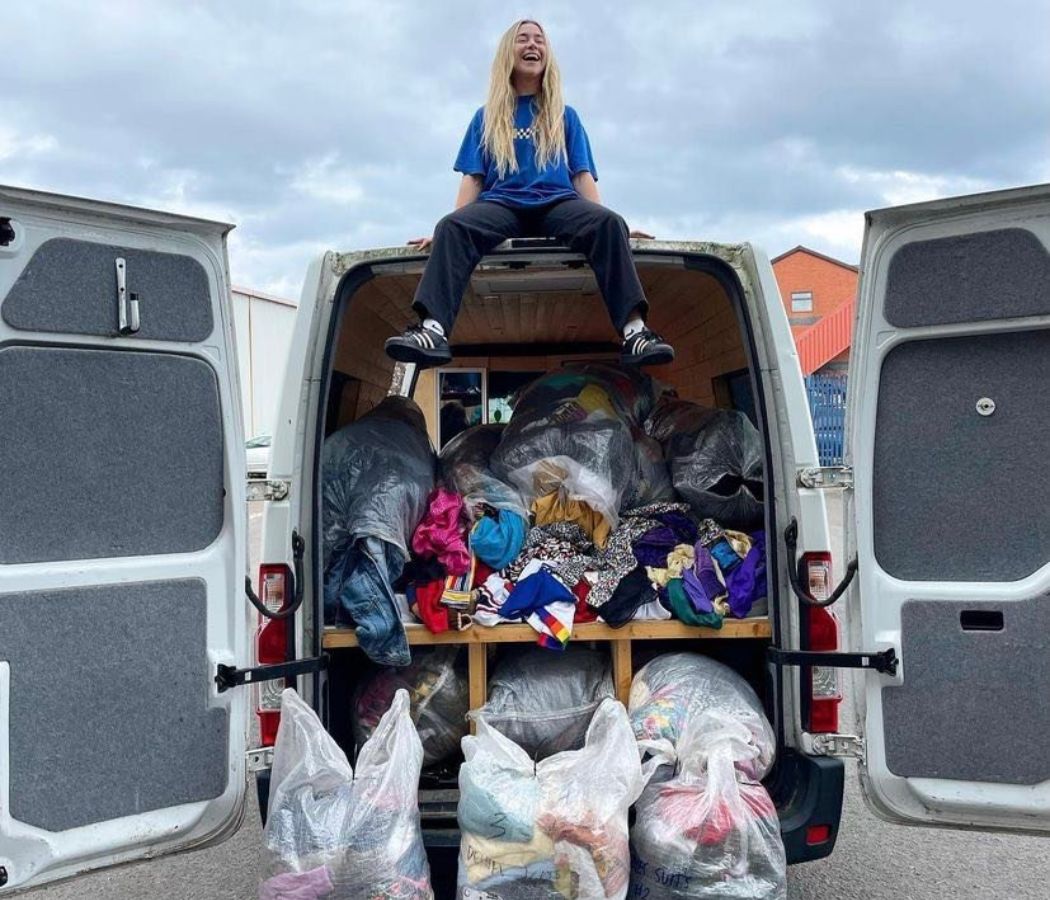 You might think that level of chaos would breed carnage, but the unflappable Grace was energised by the madness. “As an extravert, I really get energy from other people. I was high for about two days afterwards!” she says. “There’s also a vulnerability with Spice that I love. These girls are kind and wholesome and warm, and there’s space for human error here and there.”

“There’s a genuine feeling of friendship and compassion and mutual respect within the Spice community. It’s completely unintentional by me, but I could see it in real time at the pop-up. Everything was so effortless, and there was a special energy and urgency to the day.”

As anyone who has ever found the perfect dress hidden between the rails, or a pair of Levi denims that fit like a glove at a secondhand store, there’s a unique feeling to pre-loved shopping. Naturally, there’s the added element of not harming the planet, but there’s something about it that just defies explanation.

“I understand that feeling of finding something you like that no one else will have — that’s the energy that comes with vintage,” Grace explains. “It’s not just shopping, it’s a feeling that you’re searching for. It’s that kick when you find something you know no one else is going to have.”

The fast fashion high could never. 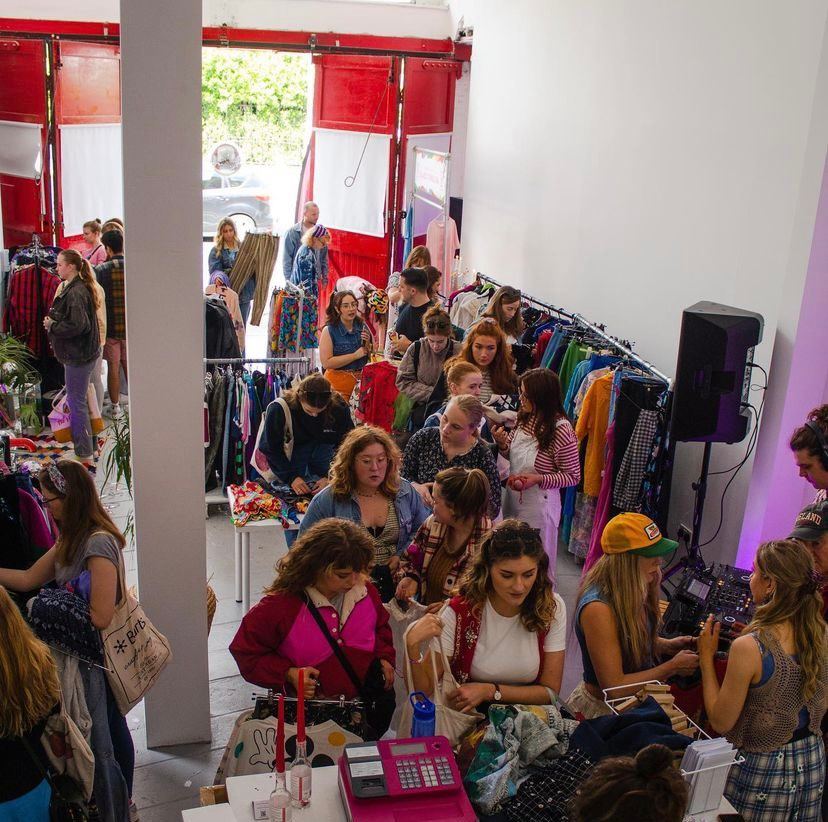 At 1am the night before Spice Vintage’s last pop-up, Grace looked up from a sea of yet-to-be-tagged stock and said to herself, never again. But having felt the energy in the building and seen the effect it had on her customers, the wheels started spinning for the next event right away.

“I felt the joy and the buzz and the elation, and I realised I had a responsibility to do it again because it actually means something to people. These girls were queuing in the rain, yet the vibes were still immaculate!”

Being back in a front-facing role after having spent so long working behind the scenes and behind a screen, Grace relished being able to see the Spice community in action.

“Over the last few years, there has been a lack of feeling connected to something. Community is so important to our generation, and feeling like you belong to something bigger, something that you can attach your identity to is huge. I think that’s why it meant so much to these girls.” 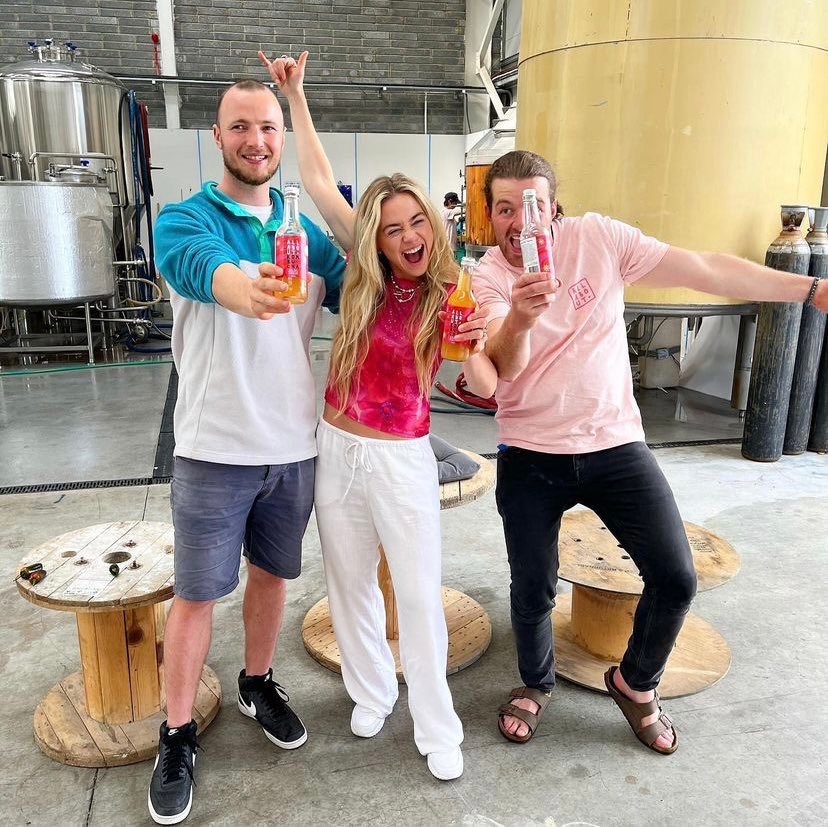 So, what can we expect from this pop-up?

Fifteen bags, 375kg of stock and a whole lot of excitement is setting off toward MART Gallery & Studios for a weekend to be remembered. While there’ll be bits and pieces to suit every taste and preference, the clear theme of this pop-up is Autumn essentials. Ensuring that customers can find some staple items for their wardrobes as the seasons change, there’ll be copious amounts of jeans, a serious amount of jackets, and — most importantly — an affordable price point.

Opening up the one woman show yet again, the event will also play host to a sustainable mini market, which will see five different female owned, sustainably-minded small businesses set up shop on each day. Among them, there’ll be Cry Baby Dublin providing unreal tooth gems, incredible art from Geraldine Carton, and beautiful seaglass jewellery from Boppin Beads.

Kombucha fans can also rejoice, because the very special spicy collaboration with Galway business All About Kombucha will also be available throughout the weekend and it is seriously tasty. Almost too tasty.

This weekend’s pop-up is taking place on Saturday and Sunday from 12-5PM at MART Gallery & Studios, Rathmines, Co. Dublin. Be there or be square.

Ditch the wedding cake – these 6 alternatives are just as delicious

Fashion Fix: 15 summer swimsuits we have our eye on this week