Mulberry are bringing back the Alexa bag

The Mulberry Alexa bag is back, and it’s had a sustainable update

On the eve of British brand Mulberry’s 50th anniversary, they made an announcement: the Alexa, the brand’s most coveted bag, was to return.

Named in honour of Alexa Chung, who was frequently photographed with a Mulberry Elkington satchel pre-2010, the slouchy, laid-back satchel-style Alexa bag became the most sought-after bag of a generation. When the Alexa launched in January of 2010 it had a lengthy waiting list and ten years later, the bag’s allure remains – relaunched just yesterday, several styles have already sold out. 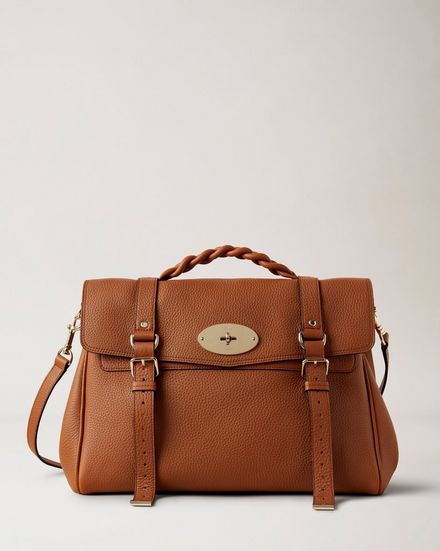 The Alexa has had a modern update. To reflect Mulberry’s sustainability commitments, the leather from the new iteration is sourced from environmentally accredited tanneries and the bag is crafted in Mulberry’s carbon-neutral UK factories. There are new colourways; there’s the classic neutrals in Black, Charcoal, Chalk and Chesnut, there are jewel-toned shades of  Mulberry Green and Deep Amber, plus two shades of Neon Pink and Neon Yellow.

Refined and reimagined for modern lifestyles, the #MulberryAlexa is crafted in our carbon neutral Somerset, UK factories with leather from environmentally accredited tanneries. ?? .?? Shop now through our link in bio.

“The Alexa still feels unique and relevant; it’s both laid back and luxurious, and when coupled with the new sustainable updates, it ensures that it still feels very modern,” Mulberry CEO Thierry Andretta told British Vogue.

“We believe this will appeal to all generations – those rediscovering the bag and who remember it as the style of a generation, and also those discovering it for the first time.”

Read more: Zara has launched a new collection of luxurious lingerie and loungewear