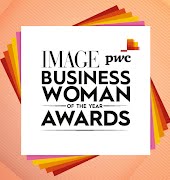 The designers behind Proenza Schouler tell ROSALEEN McMEEL about the escape that inspired their debut scent.

All work and no play makes Jack (and Lazaro) dull boys, which is why the design duo behind New York’s Proenza Schouler, Jack McCollough and Lazaro Hernandez, make sure to balance the demands of running their 16-year-old fashion label by going off the grid from time to time. “We usually go away to escape after every collection and get the creative juices going again,” explains McCollough. Two years ago, inspired by artists like Donald Judd in Marfa, Texas and Walter De Maria, the pair headed west to Arizona. “We were driving around and lost all cell phone connection and really enjoyed the feeling of escape, disconnecting, reconnecting with nature – it’s something that felt really right.” 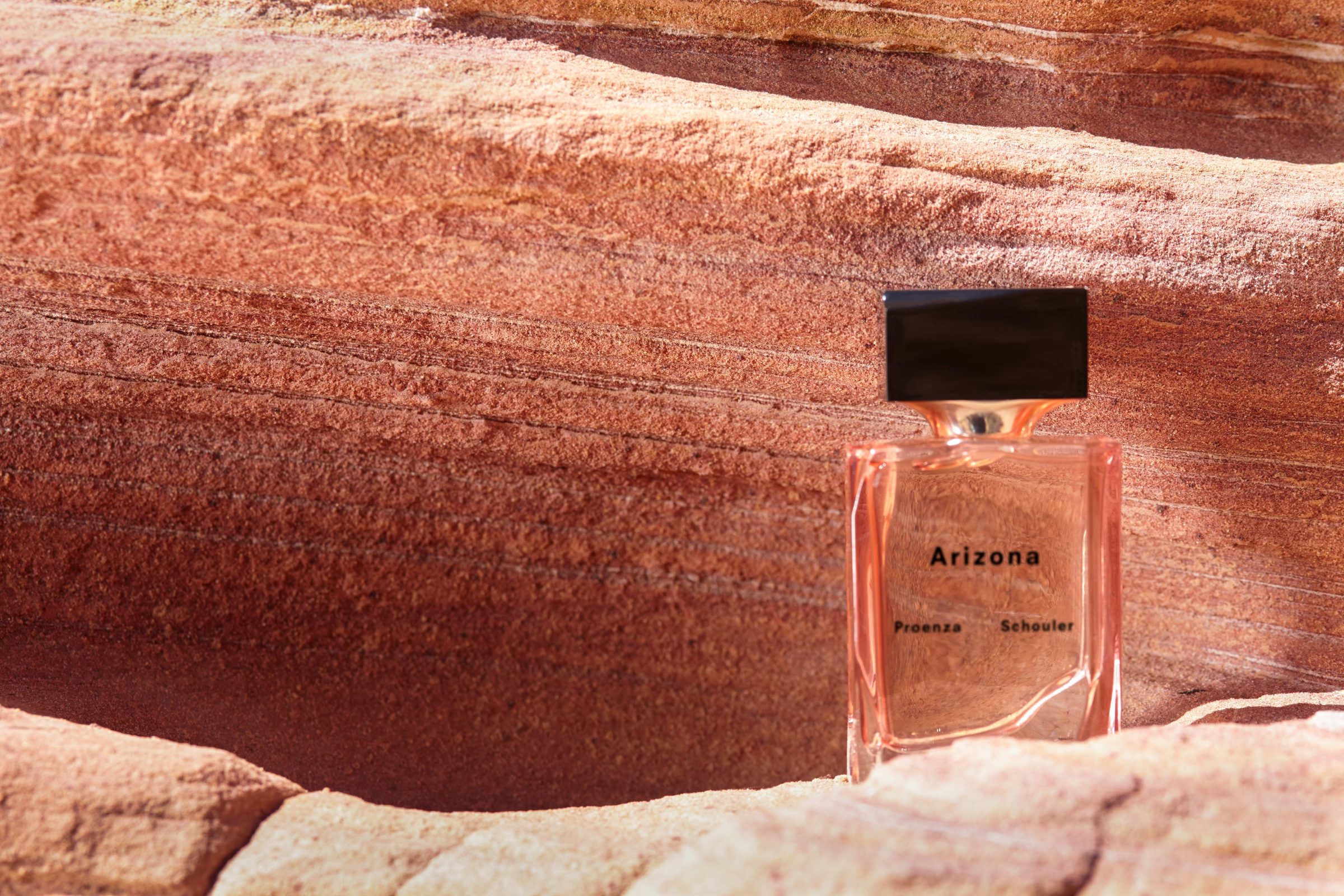 More than just helping them to decompress after a busy show season, the trip also became the starting point for the designers’ first-ever fragrance. “The feeling of the need to escape seemed, to us, to be a universal feeling. People are bombarded with information and technology and media, and I think they are looking to escape and go back to these core values and these things that have more meaning, and we thought that was an interesting spirit to capture in this fragrance. It’s not necessarily the state of Arizona, but a state of mind.”

While creating a fragrance was a long-held dream, it wasn’t until a global beauty brand came knocking that it began to even look like a distinct possibility for the pair.“For most designers, to have a fragrance in the mix of what you do is always an exciting idea,” McCullough says. “We were always told, if you are ever to do a fragrance, L’Oréal are the partners you want, but the problem is you can’t call them, you’ve got to wait for them to call you. Then, three years ago, we got the call and they really wanted to build a fragrance with us, so we started working together, and it’s been quite a process.” The duo were told that it would take a minimum of two years to bring the fragrance to market and were astounded by the timeline. “We would make eight collections in two years,” laughs McCullough. “Now that we’ve actually finished it, we can understand how much goes into building a fragrance. Hundreds of trials were needed to get it to where it is today, the bottle development, the campaign, the whole story and narrative around the product was really interesting.” 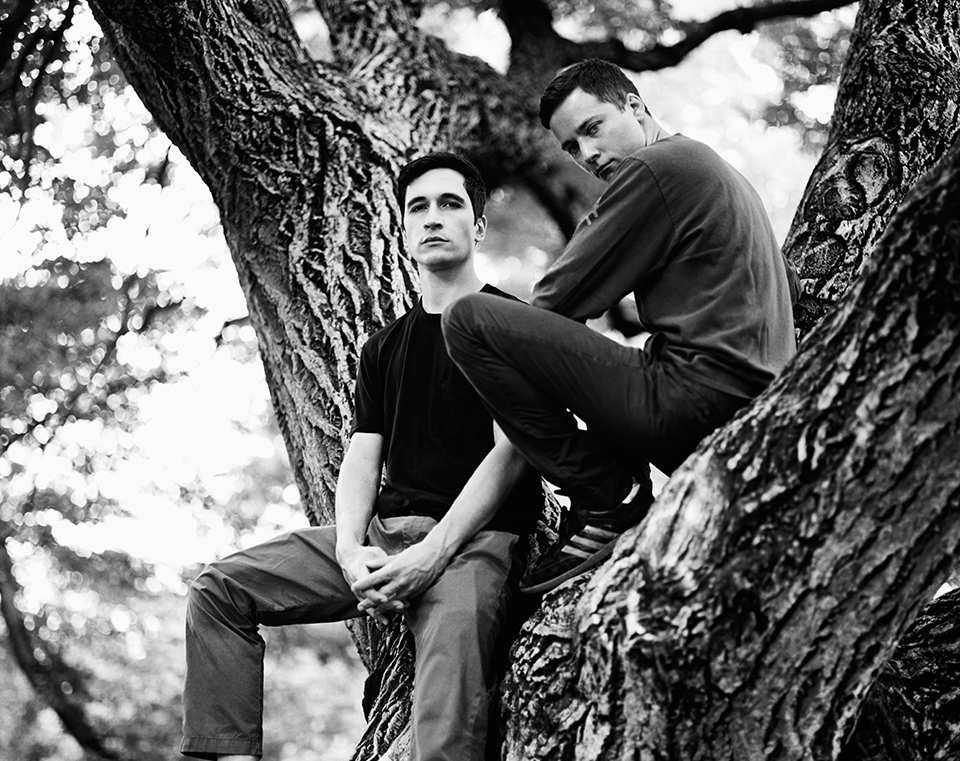 While creating a fragrance is vastly different to creating a clothing collection, Hernandez observed some correlation between the two. “I think the same codes are present in both ready-to-wear and the fragrance. It’s a mix of something that feels more organic and handmade: the beauty of the individual crafting something. That contradicted and mixed with this idea of technology and of pushing the boundaries of what’s possible with innovation and whatnot. It’s a mixture of those two worlds colliding. Handmade with the digital are two separate worlds that coexist in both our fragrance and ready-to-wear.” 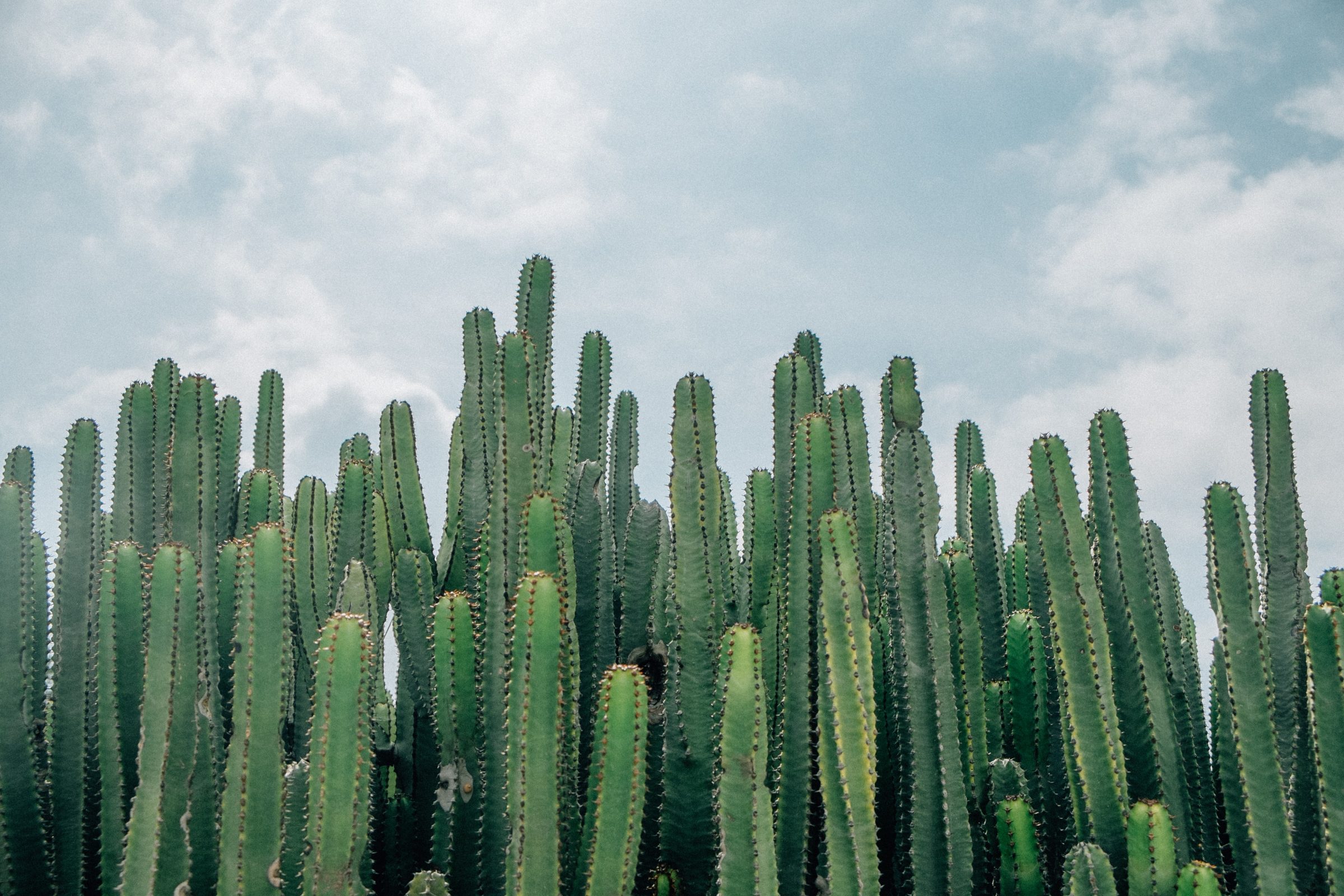 Standing out in an oversaturated designer fragrance market is no mean feat, but innovation is part of the DNA of Proenza Schouler, so it came as no surprise to anyone that their debut scent would offer something completely new. “Once we had this story about going out west, we wondered what a cactus flower would smell like. When we spoke to L’Oréal, they said that that had never been done before. A cactus flower only flowers for one day a year. It blooms at night and then dies the next morning. They were able to synthesise the smell from that cactus flower, and that became the main ingredient of our fragrance.”

To further evoke the freedom and escapism of the desert, the designers created a bottle that resembles a block of glittering quartz. “It started from the physical object itself when we were out west,” says Hernandez. “We went to these crystal rock shops on the side of the road and found all these amazing crystals from the area, beautiful organic art-like shapes, and thought that would be amazing for a bottle. That kind of sculptural form became the starting point for the narrative we weaved into the story.The physical bottle was important, and we wanted to push L’Oréal to create a technology that had never been done before to create this organic container within the shape of the interior. The exterior and interior shapes are completely different. It was all done by hand and blown by hand and had never been done before.” 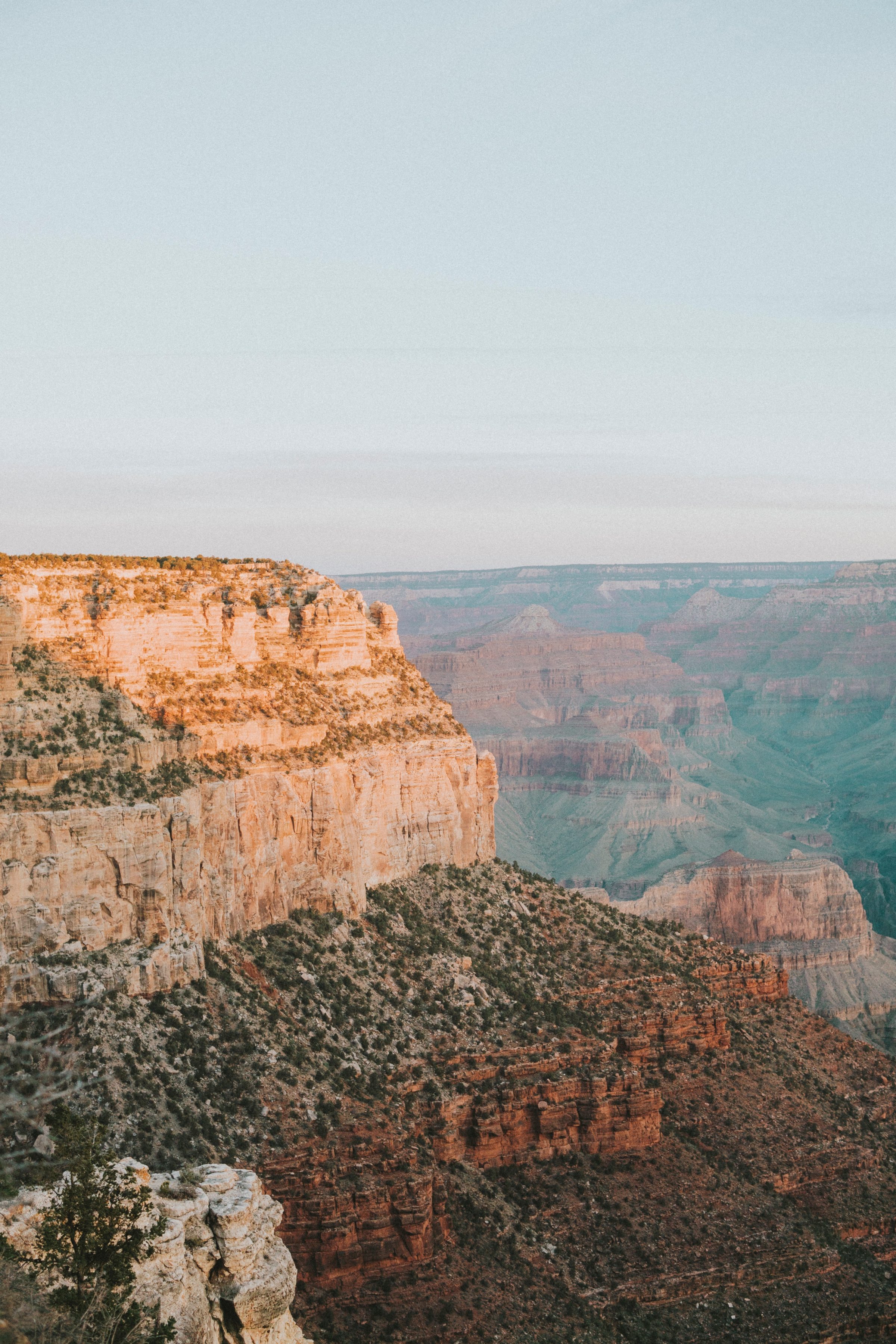 As for future escapes, the designers haven’t ruled out a trip to Ireland. “We’ve never been to Ireland, but we’re dying to go,” Hernandez tells me. “The images we’ve seen of the country, the greenness, it looks like such a magical place. I always think of the cliffs and the ocean landing against those cliffs. It’s so magical and mysterious and melancholic in a beautiful way.” What better starting point for fragrance no 2… 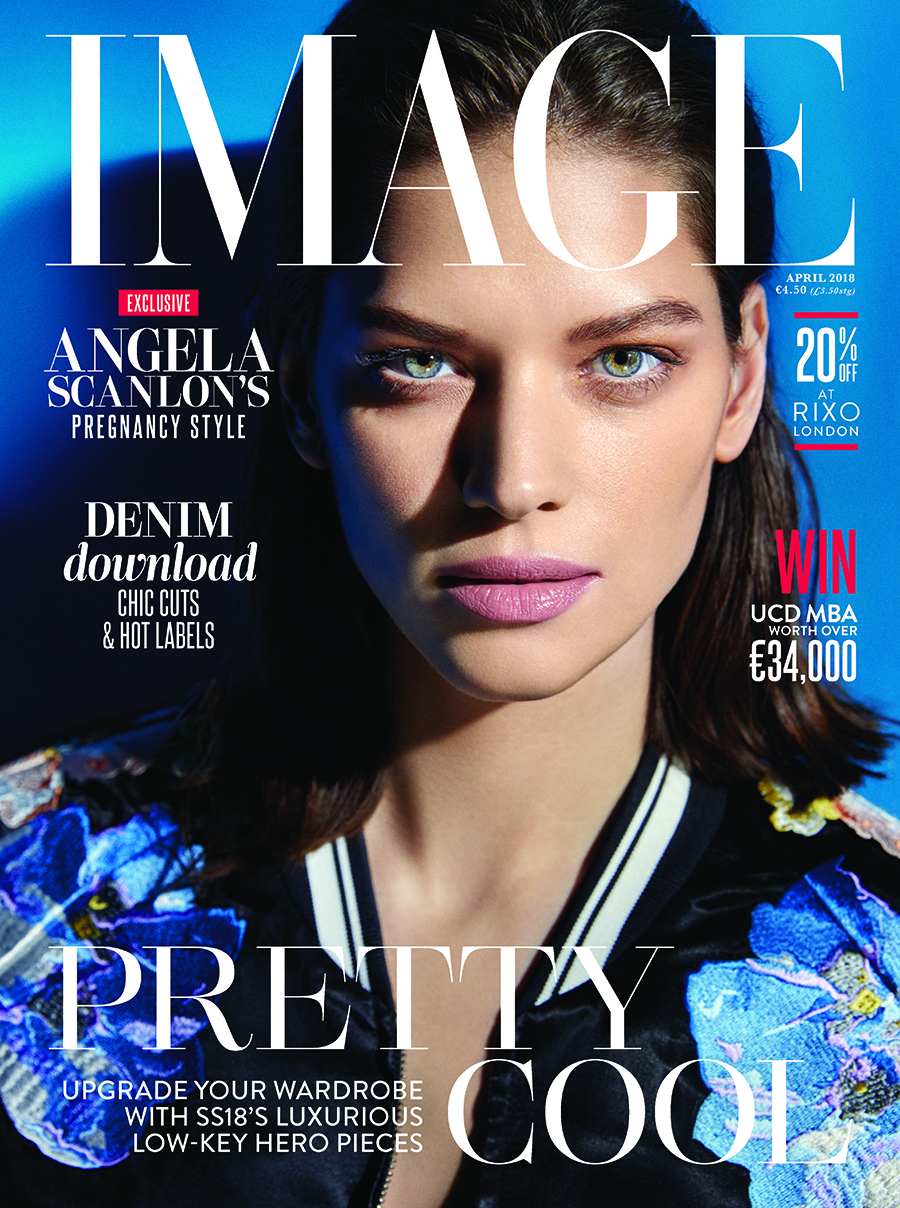 This article originally appeared in the April issue of IMAGE. For more beauty features, check out IMAGE magazine, on shelves nationwide.

The history of perfume, from Cleopatra to the Bible

The new season beauty launches are all about glow

5 glorious gift sets to treat yourself with this Christmas