‘I had to retire from work at 29 on medical grounds. I was devastated’

Next in our Hidden Illness series, we meet 29-year-old Sarah from Dublin, whose illness began at age 10 when she was one of the youngest people in the country to be diagnosed with Fibromyalgia. She tells Jennifer McShane of the heartbreaking reality that comes with daily pain management and having to retire from work at only 29.

Sarah’s pain and health issues began before she was even a teenager. “I was diagnosed with Fibromyalgia when I was 10, at the time I was told I was one of the youngest people they had seen with it and not a lot was known about the condition. I went from being an extremely healthy and active, bright young child to a child who lived in constant pain and was highly medicated for most of my young adult life.”

Related: ‘My pain fell on deaf ears – I was told I’d be grand’

“I remember being a really active child, horse riding was my number one passion, I had my poor parents pestered for a pony but to no avail! I did lessons every week and pony camps every summer and just loved every second of it. When I was about 10 I remember getting quite a bad virus. Once I had recovered I got back to my usual routine but started noticing that I was getting very tired and lethargic quickly, having trouble concentrating and most of all my legs were in pain. I can remember going to Blanchardstown Shopping Centre vividly and having to stop on a bench in tears because I couldn’t walk any further due to pain. From there I remember seeing the GP and “growing pains” being mentioned but my symptoms got worse. Eventually, I was sent to Temple Street where the consultant diagnosed me with Fibromyalgia.”

“All in all, I have had 39 operations and procedures in the 19 years since I’ve been diagnosed”

‘I was a shadow of my former self’

“I can’t tell you how many specialists and consultants I’ve seen and currently see but the number would be close to 20. Fibromyalgia, in particular, can be quite complicated and lead to other problems so there’s always a new specialist being suggested: rheumatologists, pain specialists, psychologists, psychiatrists, urologists, cardiologists, neurologists.”

Even as a child, Sarah says she was told the pain was “in her head.”

“As a child that is extremely hard to hear but I always knew I wasn’t making it up, I was a shadow of my former self and lived in constant pain,” she explained. “As the years went on and more studies had been done on the condition and studies were able to prove it so doctors could no longer fob me off with antidepressants and claim I was a sullen teenager. That was a big breakthrough but I still think some doctors don’t respect it as a serious condition that seriously impacts lives.”

Related: ‘I’ve been told I’m not a good person because I “made it all up”‘

As she entered school, Sarah says she became extremely withdrawn, suffering side effects from multiple medications, used to help her manage her pain. She didn’t want to stand out, yet became used to the attention she received from her illness and nothing else to focus on and says she couldn’t make sense or understand how to deal with this.

“I had a very dark few years. I couldn’t make sense of the pain and how to deal with it. I didn’t want to be different from my friends but at the same time, I wanted attention for being sick. It was an extremely thin line between wanting to be normal and wanting to stand out, it’s hard to explain. I think I craved the attention so much from being unwell because I was so sad about it, also I felt I had nothing else to talk about, I didn’t have hobbies anymore or cool things to tell people like my friends did, I just had my illness stories and hospital visits and operations.” 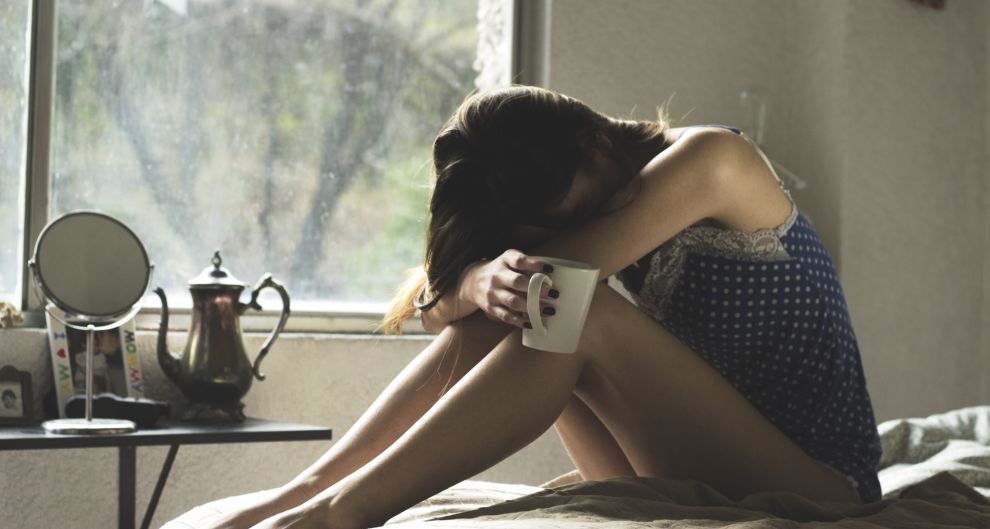 Related: ‘There were days I worried so much, I made myself physically sick’

Sarah’s health issues only continued as she grew up and because of their invisibility, she says she’s encountered extreme hostility from many medical professionals.

“In my twenties, I was then diagnosed with stage 4 Endometriosis, occipital neuralgia, sleep apnoea, chronic fatigue syndrome and anxiety. Although Endometriosis can be proven with diagnostic surgeries, the rest of my conditions are invisible to the everyday eye. I am blessed to have had the same friends since I was a child and a wonderfully supportive family, however, I have encountered more hostility and disbelief from doctors and peers in the past two decades than I care to think about.”

Related: ‘I was in denial; I was in pain’: Selma Blair gives first interview since revealing MS diagnosis

She explains that a number of surgeries have helped her symptoms become more manageable but tells me that she had to retire from work early, despite making progress. It is something which she says completely devastated her.

“I’ve never been the person that wants to sit at home just because I’m unwell; I want to do things, I want to earn my own money and be proud of my day’s work”

“Late in 2017,  I was referred to a pain specialist who has changed my life as much as I think it can be changed. In 2018 I was fitted with a spinal cord stimulator to help control my fibro and occipital neuralgia pain. It has helped me massively, though I lead a very different life to most 29-year-olds and I had to retire early from work on medical grounds earlier this year after being signed off since 2017. It was not my decision and I am devastated. I hate not having a career, not always being able to attend events and not always being able to properly explain why when I look well (ish).”

“I’m dealing with it a bit better now, I just miss work so much,” she continued. “Even though it took every little bit of my energy, I loved every second of it. I’ve never been the person that wants to sit at home just because I’m unwell;  I want to do things, I want to earn my own money and be proud of my day’s work. I absolutely hate that I’m not a success in terms of my career as my friends and family are and its probably the thing that gets me most down over anything else. It gets to me when all of my peers are around me talking about their work week and I have absolutely nothing to contribute to the conversation.”

Despite all her challenges, Sarah’s attitude remains utterly admirable.

“I am far from perfect and have very bad days but for the most part, I think I have learned to live as happily as I can with the cards I have been dealt. I am not interested in being miserable, I want to be happy and have a great life. Sure, I’ll have a rotten day and curse everyone and everything but the next day I’ll brush it off and start over, its the only way I can do it.”

“People who have chronic illnesses should be offered the same treatments”

She has, she says, been lucky to receive much of her treatments due to private healthcare and she says it’s something those with chronic illness should automatically be entitled to.

“In terms of widespread support for chronic illnesses, I think that there probably isn’t adequate resources out there, however, I think the more pressing issue is educating people with those illnesses about medications, therapies and surgeries. I am very blessed to have private health insurance thanks to my parents, without that I wouldn’t have had access to half the doctors and therapies I have had. ”

“In my opinion, people who have Fibromyalgia and other chronic illnesses, private or public patients should be offered the same treatments. There should be less emphasis on masking the problem with drugs and more on preventative measures and coping mechanisms.”