Not having much sex? Let’s talk about low libido…and pleasurable solutions

Not having much sex lately? It’s normal and low libido is more common than we think, writes Nathalie Marquez Courtney. If we are more open to talking about it we can find pleasurable solutions

It’s safe to say we’ve gotten much better at talking about having sex. Over the last few years, we’ve seen that sex toys can be chic and innovative, not shameful or seedy, and “sexual pleasure” has been dubbed one of the biggest wellness trends of 2019.

There have never been more sextech and femtech companies led by women than there are right now. Well on its way to no longer being taboo, the sexual wellness industry is worth an astounding $32 billion. And beyond the toys, subscription boxes and apps, there has also been a welcome increase in honest, open conversations about sex and female pleasure, from sex-positive Instagram accounts with suggestive imagery that would make Eros blush to empowering self-help books with titles like Becoming Cliterate.

Not since the 1960s have we seen such a collective sexual awakening. However, talking about not having sex? That’s not something we’re so great at.

“For many women, their sex drive – or perceived lack of it – can leave them feeling ashamed, broken and embarrassed, betrayed by their own body and utterly alone.”

Low libido – or a low sex drive or lack of desire – affects a huge number of women. Chances are, at some stage or another, it’s affected you. But it’s not something we chat about over wine with friends (aside from the odd glib joke about no one having time for sex anymore) and it’s often not even something we can openly discuss with our partners.

For many women, their sex drive – or perceived lack of it – can leave them feeling ashamed, broken and embarrassed, betrayed by their own body and utterly alone.

But the data tells a different story. A lacklustre libido is the most common female sexual complaint, across almost every age demographic. A whopping 38%  of women suffer from decreased sexual desire, feeling like they’re not having a “normal” amount of sex.

But what’s really “normal” when it comes to sex? One of the trickier aspects of a reduced sex drive is identifying it: What someone sees as a feast, someone else can see as a famine.
There is no clean-cut definition of low libido.

“A whopping 38%  of women suffer from decreased sexual desire, feeling like they’re not having a ‘normal’ amount of sex.”

“The only person that can truly define low sexual desire is the woman herself,” says Lyndsey Harper, a US-based OB-GYN and founder of Rosy, a new app that offers evidence-based help and support to women who suffer from decreased sexual desire (meetrosy.com).

However, even if you make it as far as a doctor’s office, the road forward may not be that clear-cut. “Historically, and in medical training in particular, there hasn’t been a lot of information
available to people who are taking care of women about logical, successful and easy ways to proceed,” says Lyndsey. The medical industry has tried – and failed – to tackle the issue of low libido
in women. Every couple of years, a new drug is announced.

“Addressing the mechanics of male erectile dysfunction is very different to exploring the many physical, emotional, social, medical and biological factors that can affect a woman’s sex drive.”

Back in 2015, it was Addyi, optimistically dubbed “the female Viagra”, a little pink pill that was taken daily, but whose results were decidedly underwhelming. This year, it’s Vyleesi. Due for release in the US this September, it’s an injection you take 45 minutes before sex that works by increasing dopamine levels in the brain. But does the answer to low desire really lie in messing with our chemistry? 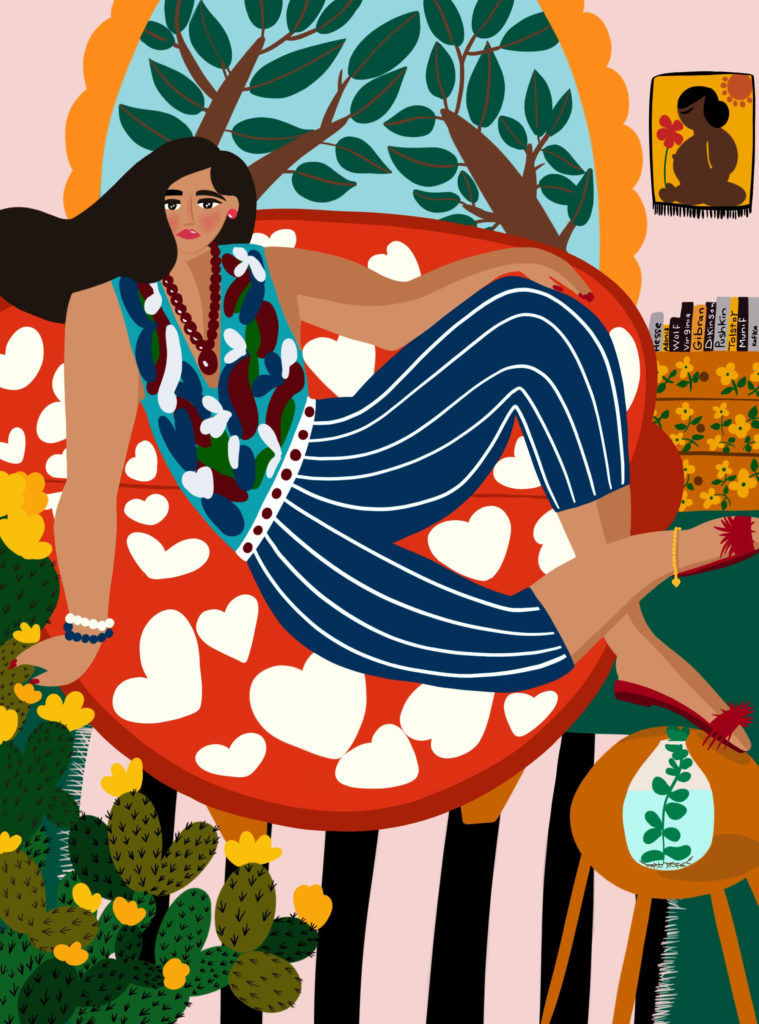 A lot of these interventions often miss the point: Treating low female sexual desire is the complete opposite of “the little blue pill”. Addressing the mechanics of male erectile dysfunction is very different to exploring the many physical, emotional, social, medical and biological factors that can affect a woman’s sex drive. It is much more multi-faceted and requires a more holistic, nuanced approach.

“There are a million reasons why one or both partners might experience low libido,” says Shawna Scott, founder of Irish online sex shop Sex Siopa (sexsiopa.ie), which sells high-quality, body-safe sex toys and sexual wellness products. “It could be stress from raising kids, work, lack of sleep, or issues within the relationship itself.”

These nuances are what inspired Lyndsey to create Rosy. “It’s only with a true understanding of women that we’ll be able to make the biggest difference and really help foster healthy sexual communication throughout their lives – not just a Band-Aid for whatever is going on right now,” she says.

“Thanks to popular culture, the penis has been put on a pedestal for far too long.”

“I wanted to help women see that it isn’t a random, rare thing that only they are suffering from, but that it is happening to so many women and that it deserves attention.”

For many women, low libido is rooted in our understanding of how desire works. Culturally, there is still a lot of misinformation around how we have sex and what is pleasurable. Thanks to popular culture, the penis has been put on a pedestal for far too long.

It is not the be-all and end-all of pleasure, and, if you don’t orgasm from penetrative sex, you’re actually in the majority. One study showed that only 8%  of women reliably orgasm this way. But if you were to watch any movie with a sex scene, you’d be forgiven for thinking that number was closer 100%.

“If you’re not finding something fun or pleasurable, it makes sense that you’re not exactly going to be racing to do it again.”

“Hollywood has a lot to answer for when it comes to how people view what is normal in romantic relationships and sex,” notes Shawna.

These misconceptions can have very real consequences: if you’re not finding something fun or pleasurable, it makes sense that you’re not exactly going to be racing to do it again.

That innocuous little word, “normal”, lies at the heart of unlocking the challenge of low libido. If we can spend a little less time silently worrying about whether or not we’re having enough sex and more time normalising discussion about it, removing any stigma, shame or embarrassment, it could lead to a much better time all around.

“We’ve got to start with fostering the conversation and letting women and society understand that this is an issue worth talking about and not something that we should be embarrassed or ashamed of, because all that does is make the situation worse than it already is,” says Lyndsey.

“If we can speak about sexual health with the same level of competence and approachability as how we talk about our health normally, then we can move light years ahead of where we are right now.” 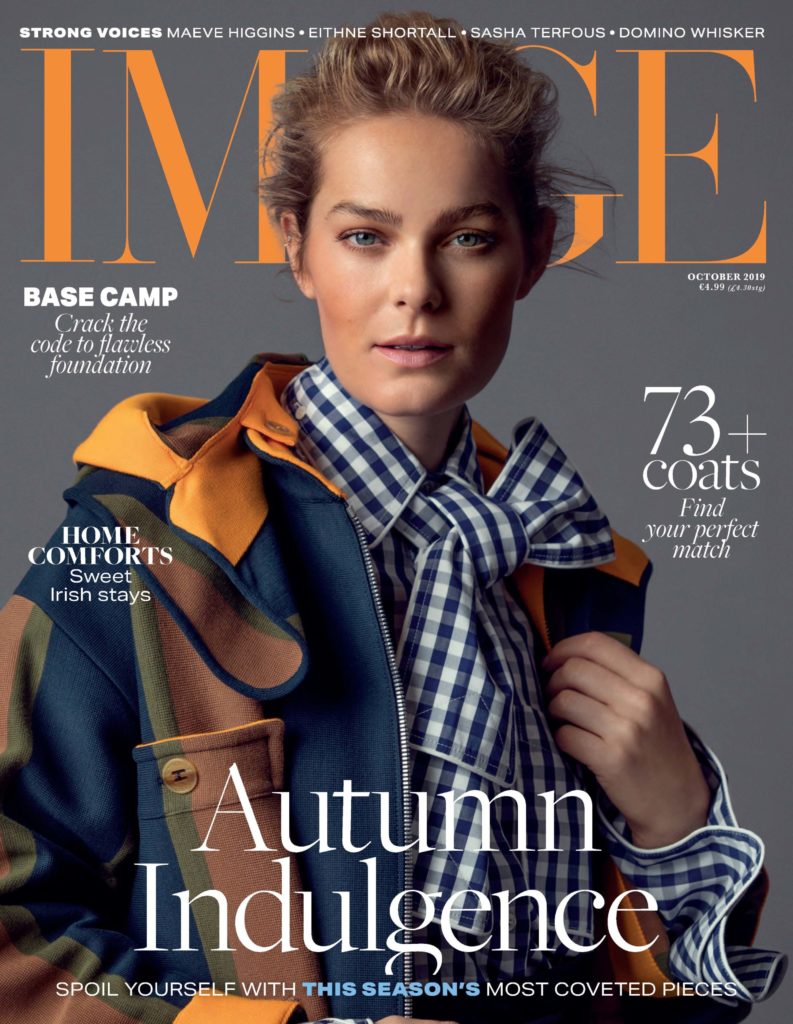 This article was originally published in the October issue of IMAGE Magazine (on sale now).