Cherry Wine also stars award-winning Irish actor Moe Dunford. Against the backdrop of the beautiful track,?Moe and Saoirse play a seemingly loved-up couple, but we soon realise Saoirse is the victim of domestic violence. The video is subtle, yet extremely powerful and a haunting and necessary watch. It was directed by Irish director Dearbhla Walsh.

Watch the clip and continue reading below to find out more about the project:

11/2/16: Two of creative Ireland’s most talented high-profile exports are coming together for an amazing cause. Twice Oscar-nominated actress Saoirse Ronan will appear in an upcoming video for Hozier’s single Cherry Wine in aid of domestic abuse charities. According to the press release, Ronan will play a young woman coping with a traumatic and abusive relationship. The video will debut on Valentine’s Day.

Hozier, Columbia Records, Island Records and Sony/ATV Music Publishing will donate their respective proceeds from downloads of this ‘single to a series of international domestic abuse charity organisations who provide support to victims and survivors of domestic abuse while also engaging in advocacy and community outreach.?Safe Ireland is the designated Irish charity in this campaign. Their most recent report found that 1 in 4 women experience physical and sexual violence from a male partner – that’s 440,000 women living in Ireland. That report also claimed that 79% of women in Ireland never disclosed serious physical or sexual violence by a partner to anyone and that 1 in 3 women experience severe psychological violence from a male partner.

So far, Waterford actor Moe Dunford is also attached to star. Dearbhla Walsh will be on directing duties. 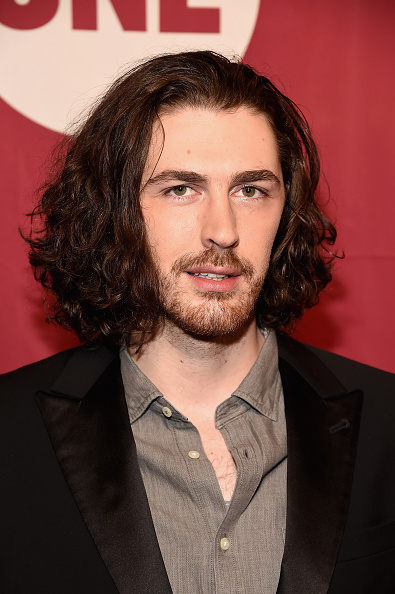 In a statement Hozier said:

?Domestic violence is an ongoing issue in our society, the statistics of which are shocking and the effects of which damage whole families, communities and span generations. With the song Cherry Wine, I tried to get across the difficulty of coming to terms with and facing up to domestic violence and the dynamic of an abusive relationship. I’m honored to be joined by Saoirse Ronan, Dearbhla Walsh and Moe Dunford in spreading awareness on this issue.?

Saoirse said of the worthy and important endeavour, “I am equally honored to join Hozier to create awareness for the #FaceUpToDomesticViolence campaign with the release of? Cherry Wine as a charity single.?The song has always been one of my favorite tracks on his album. I hope through the video and song we can shine light on the issue and complexity of domestic abuse and in doing so help those caught up in the cycle of domestic violence.”

Another actress who has used her fame to?raise awareness of violence against women is Keira Knightley. The Atonement actress starred in a shocking short film Cut?in 2009. The movie, directed by Joe Wright, depicted an actress returning home from set and being attacked by her jealous boyfriend over love scenes with her co-star.

Here’s Cherry Wine in a pared back video from two years ago, just to remind you of what a beautiful song it is: