A model walks the runway at the Victoria Beckham Spring/Summer 2017 fashion show during New York Fashion Week on September 11, 2016 in New York City.

What a difference a decade makes. Ten years ago Victoria Beckham was chief Wag at the 2006 World Cup. Her skin was the colour of rum, her hair a confusion of extensions and her tiny frame a mass of lithe limbs and jutting elbows, knees and toes – she looked a little like a show pony. She had balloon-like boobs and her signature look was a vest over a very visible bra and shorts that were short enough to rival Kylie Minogue’s gold hot pants. She wore her insecurities on her sleeve back then.

Not anymore. Today, Beckham is a fashion thoroughbred. The uptight bodycon dresses?have been replaced by fluid tailoring, the Tribute shoes with Stan Smiths and she’s made the classic white shirt completely her own by reimagining it in a wear-anywhere relaxed fit and pairing it with everything from a pleated skirt and ankle-strap heels to louche pants and flip flops. She looks like a woman completely at ease with herself, and really, that’s the most fashionable look of all. 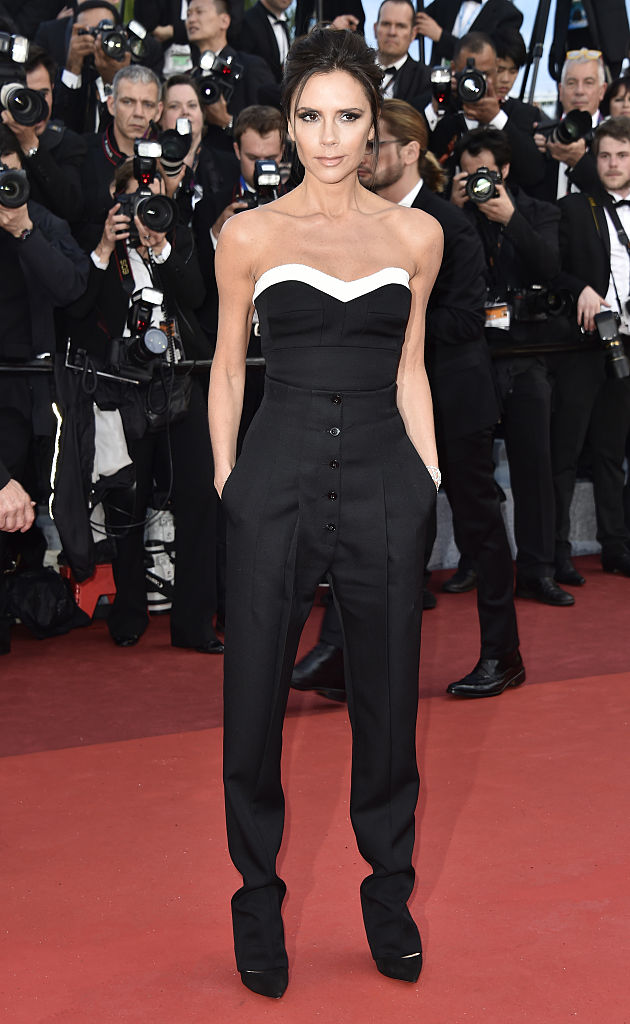 But her hair … that gorgeous tousled collarbone-length chop she’s sporting now has made me sit up and take notice of her the way I did when she first cut her hair in the late nineties. Inspired by that short choppy crop, and that of Zoe Ball, who also had short hair at the time, I had my shoulder-length hair cut right back to the nape of my neck. That was 20 years ago and I’ve never looked back.

While it’s remained my signature, Beckham has been to hairdressing hell and back between the bleached blonde bob and the mane of curled extensions that inspired a generation of Wags after her (Cheryl and Claudine to name but two). The long straight hairstyle she embraced over the past few years was a huge improvement certainly, especially when worn in a stylish low ponytail or a chic chignon, but it had started to feel a little dated. Her new hairstyle looks so fresh and modern, and easy. It suggests that she’s too busy with a successful career to bother with the trouble of hair extensions and grooming. Similarly, her new love of flats and wedges over sky-high heels is the uniform of a woman who is going places. She dresses for the day-to-day reality of a woman with four children and a crazy career, not just for the cameras.

If ever a woman’s emotions could be read through her choice of clothes, it’s Beckham. For so many years she seemed desperate to showcase how thin she was in rib-busting corset dresses, and determined to exhibit how wealthy she was with those Birkin bags in a host of rainbow shades. It’s taken the 42-year-old a long time to really understand that less is more, and it’s been fascinating to watch her slowly embrace and feel comfortable with her new look. Just as Beckham’s fashion label is beginning to outshine her more established peers (I fell more in love with Beckham’s AW collection than Stella McCartney’s) so is her personal style. While Kate Moss is still clinging to the rock chic look of skinnies and T-shirts she wore ten years ago, Beckham is exploring new fashion territory all the time. She is finally the woman she always wanted to be (and the woman most of us thought she’d never be) – someone who sets the trends rather than follows them.