This week saw the major public transport systems – Irish Rail, Dublin Bus, Bus Eireann – ban the use of e-cigarettes, after studies showed that most of their customers felt uncomfortable being around someone smoking electronic cigarettes. The influx of e-cigs and so-called vaping is hard to miss – 2013 registered a loss of 1.2% to the tobacco industry, compared with the 478% increase in the sale of e-cigs.

The use of e-cigarettes has increased at such a rate that proper studies have yet to be carried out around their use, which has led to a serious lack of regulation. The uncertainty lies in whether to treat e-cigs as tobacco products or as medicine. They are now banned on public transport in Ireland, whilst New York City has banned vaping from all public spaces, and Canada has made e-cigs illegal until there is further evidence as to the longterm effects they might have. 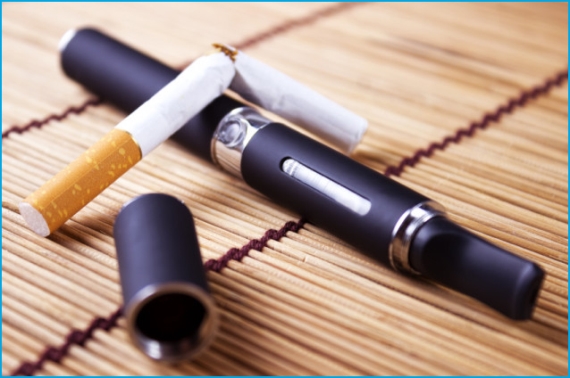 The inconsistent regulation is an example of our ambiguous relationship to e-cigarettes, whether we are smokers or non-smokers. As a smoker who has tried a bit of in-office vaping, I find e-cigs not only unpleasant to puff on, but also ugly to look at – ?because you have to make an overarm movement a la John Travolta in Grease, but also because they have a dissatisfying chalky flavour. They also have a distinct smell which can be quite invasive for people around you. Finally, it’s hard to believe that they are hugely beneficial in terms of stopping people from smoking, as one Image HQ user says she uses e-cigs at moments when she doesn’t feel like going outside to smoke – when she’s in front of the tv or in bed. Another factor that cannot be ignored is that they are really quite ugly – as controversial as it may sound – and they do have a medical look to them that at least the common cigarette does not have.

Today marks the 10 year anniversary of the legislation that banned cigarettes in public spaces, but it seems apparent that we have skillfully side-stepped the ban and developed another ?unknown? in need of regulation.