In 1984, Vanessa Williams, model, singer and actress, was publicly humiliated twice-over. First, Penthouse magazine published nude photos of her without her consent. Then, in the wake of a terrible and judgmental scandal, she was forced to resign from her role as Miss America, a crown she won the year previously. For years afterward, Williams was subjected to shaming for a series of events in which she was a victim. Her name was often written alongside words such as ‘disgraced? and ?nude photos?. She remains the only winner of the pageant to have been asked to resign.

Williams went on to use her innate poise and tenacity to establish a career as a singer and actress. She’s soundtracked movies like Pocahontas, released best-selling albums and was one of the stars of long-running comedy Ugly Betty. This year, she surprised many when it was announced she would judge the competition that treated her so poorly. However, it proved to be a pretty good decision. At last night’s ceremony Vanessa was invited on stage by the organisers, who issued a public apology for the way she was treated so many years ago. 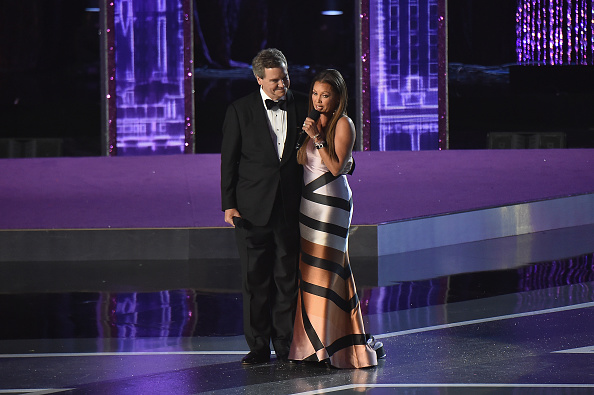 “I have been a close friend to this beautiful and talented lady for 32 years,” Chairman Sam Haskell said. “You have lived your life in grace and dignity, and never was it more evident than during the events of 1984 when you resigned. Though none of us currently in the organization were involved then, on behalf of today’s organization, I want to apologize to you and to your mother, Miss Helen Williams. I want to apologize for anything that was said or done that made you feel any less than the Miss America you are and the Miss America you always will be.”

The audience stood to applaud, as well they should. The takedown of Williams? career was an attack on young women everywhere, and it’s rather heartwarming to see that fact being acknowledged, even decades after the fact. Watch the clip below, and get ready for some empowering tears.