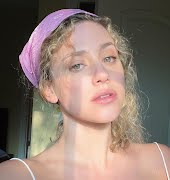 Taking on the renovation of a small terraced house in Sandymount, a Dublin studio made flexibility and flow central to its design.

Rather than extending this 203-square-metre terraced house into the relatively small garden, Philippa Buckley from Studio 44 decided to think inside the box instead, removing all the internal walls and the chimney breast for a clean slate.

“Dream houses are never small, but real houses often are,” as she puts it. “Small does not have to be a compromise with intelligent design.”

The house had been neglected for 25 years and it was dark, which meant gutting it made the most sense. It was awkwardly laid out too, with a hallway and kitchen to the front, doors from the kitchen leading to a living room/diner in the back with a very large chimney and small sliding doors onto the garden. Upstairs were three cramped bedrooms with a small bedroom at the centre. 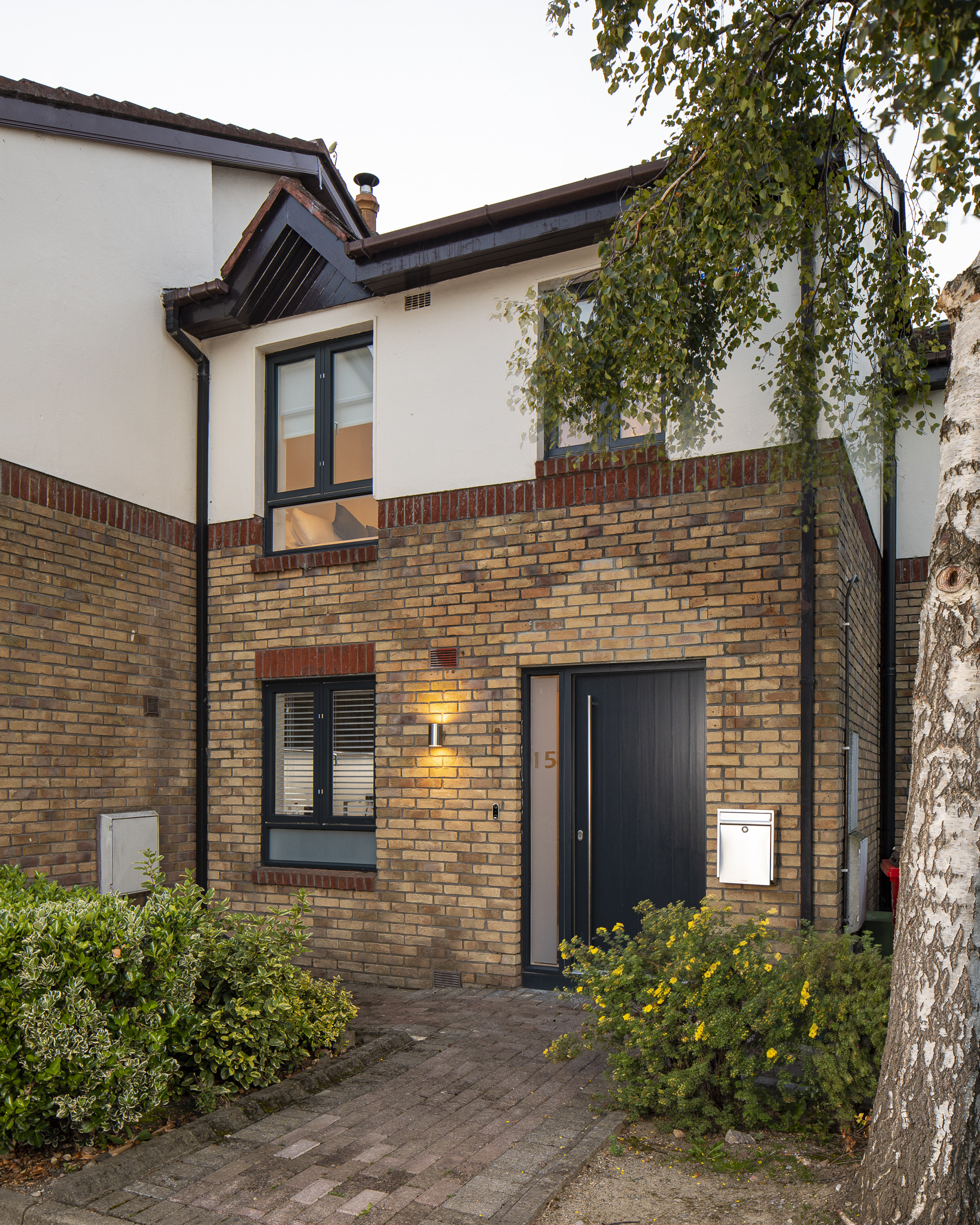 “The client’s brief was for a complete re-design the would deliver a light-filled, energy-efficient house with a contemporary style; designed to maximise space,” says Philippa. Removing the internal walls and chimney breast (which added a sizeable 1.5 cubic metres of space to both floors) allowed Philippa an open space to get planning in.

“Flexibility and adaptability are the two main components in designing for small spaces,” she explains. “A small home needs to encompass a sense of control and order to enable it to maximize the best it has to offer. The ability to work and relax in your space effectively is key, as a usable room feels less small.” 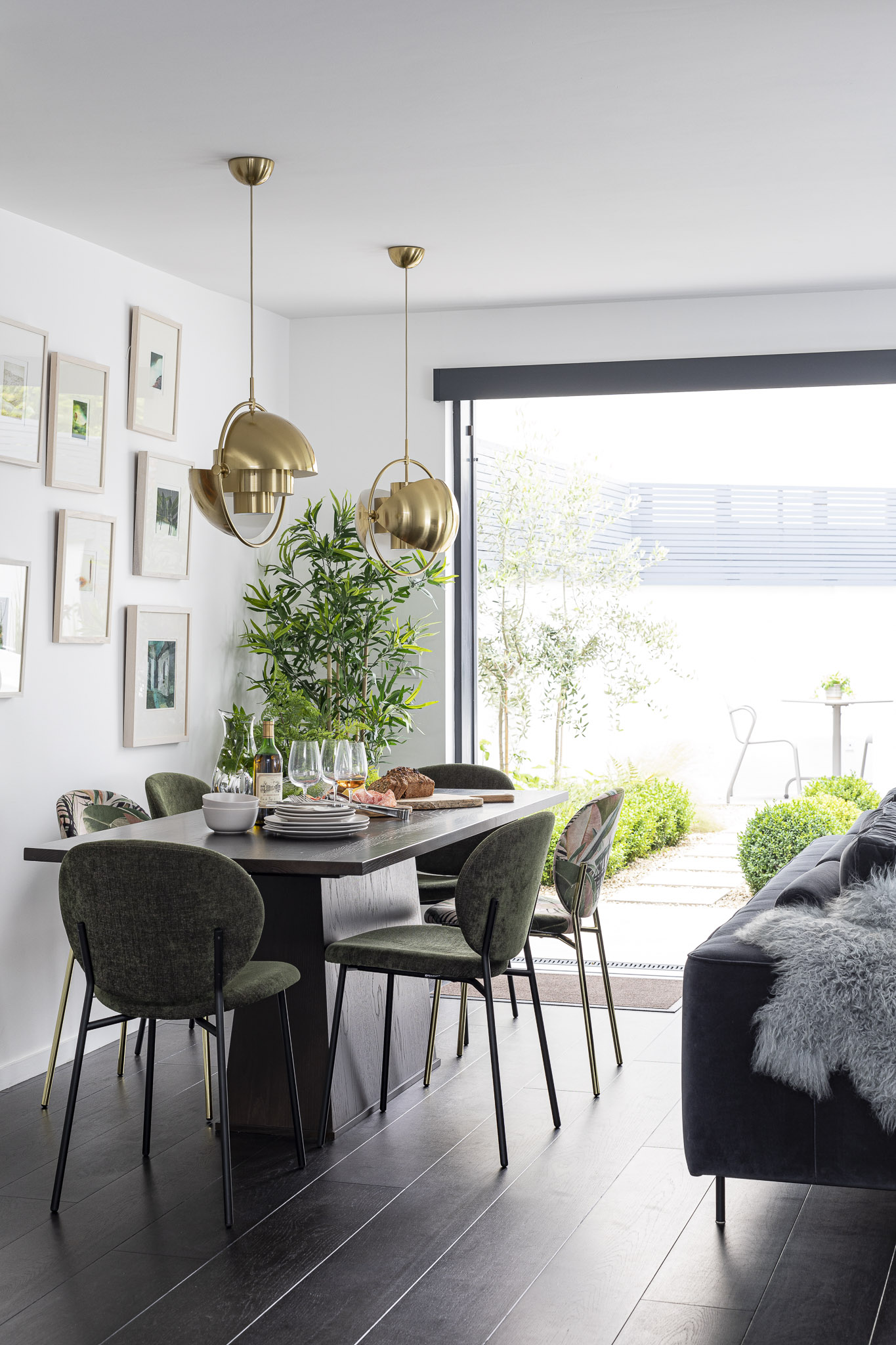 Philippa also points out that it is never too early to be organised. Her first step was a series of very detailed furniture layout plans, layered with mood board images to give the owners a sense of the space, both in terms of floor area and design. “Once these plans were agreed to and signed off we then designed a detailed electrical layout which included the locations of radiators, sockets switches, smoke detectors etc.”

Minor details like this can really improve the space and flow of a small home. They also moved the combi boiler from the kitchen to the rear of the house, giving more space to the kitchen and freeing up the need for a water cylinder in a hot press.

Increasing the BER rating meant they rewired and replumbed the house before adding insulation and double glazing throughout. To draw more light in, they placed s large double-glazed sliding screen along the rear of the house to maximise natural light and open up the back of the house. 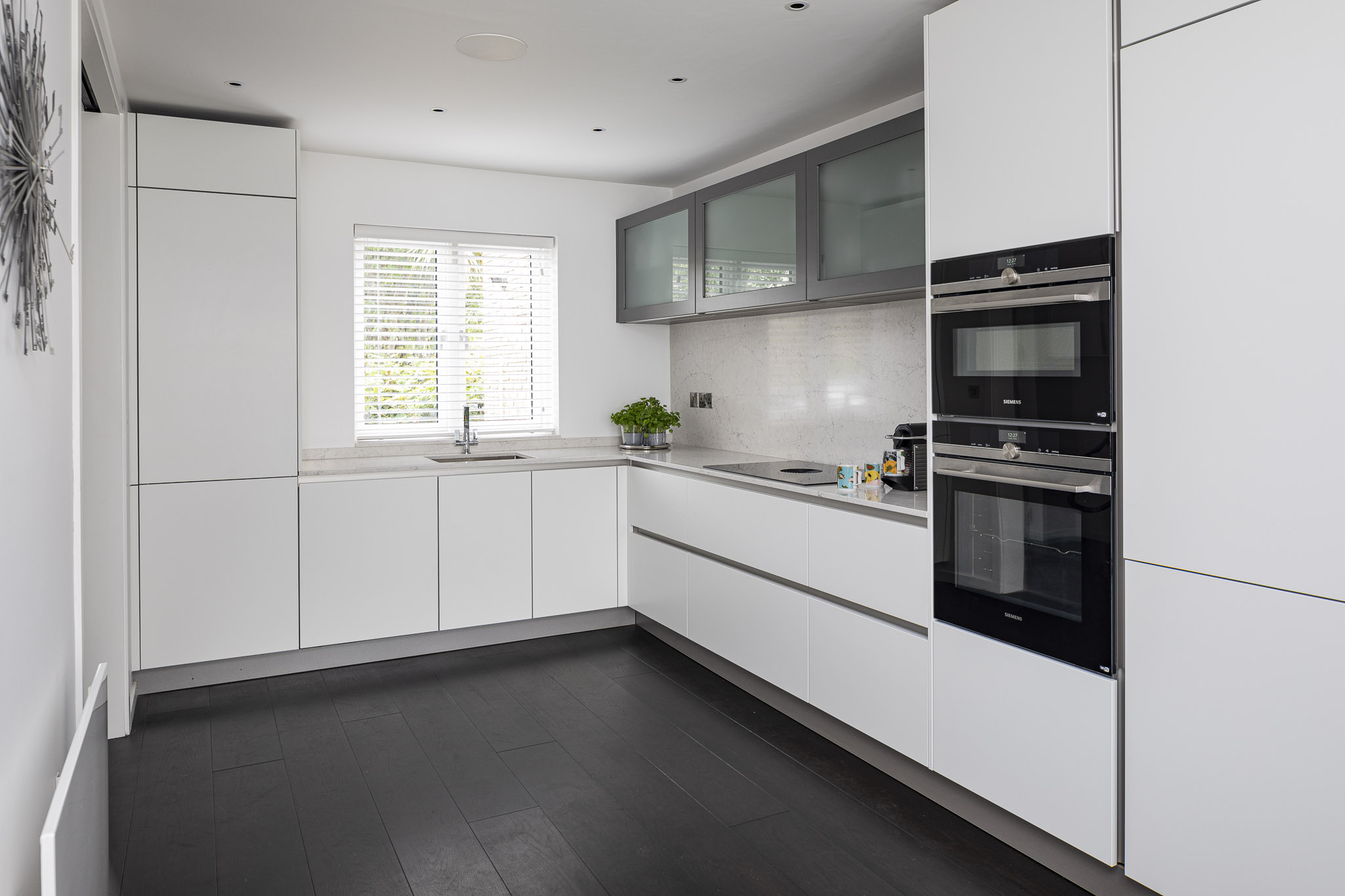 Now the open-plan ground floor of the terraced house encompasses a hallway with a guest WC and cloak press tucked under the stairs, concealed behind bespoke floor-to-ceiling doors that hide them from view when closed.

A pocket sliding door in the hall leads to a bright and spacious kitchen to the front, and a curved wall carries you around to the dining and living spaces, now bright and airy thanks to the huge glass sliding door. It overlooks a beautifully manicured garden designed by Lotus Landscape Design. The simple dividers outside give the garden a greater sense of depth and hiding place for the bins.

Upstairs, a washing machine and dryer are now housed next to a linen press on the landing. “I think every house needs a linen press to store additional sheets and towels,” explains Philippa and moving the utility services upstairs gave more space to the kitchen and negated noise in the open-plan ground floor.

Deciding to make three very cramped bedrooms into two, both rooms are now doubles and have spacious ensuites. 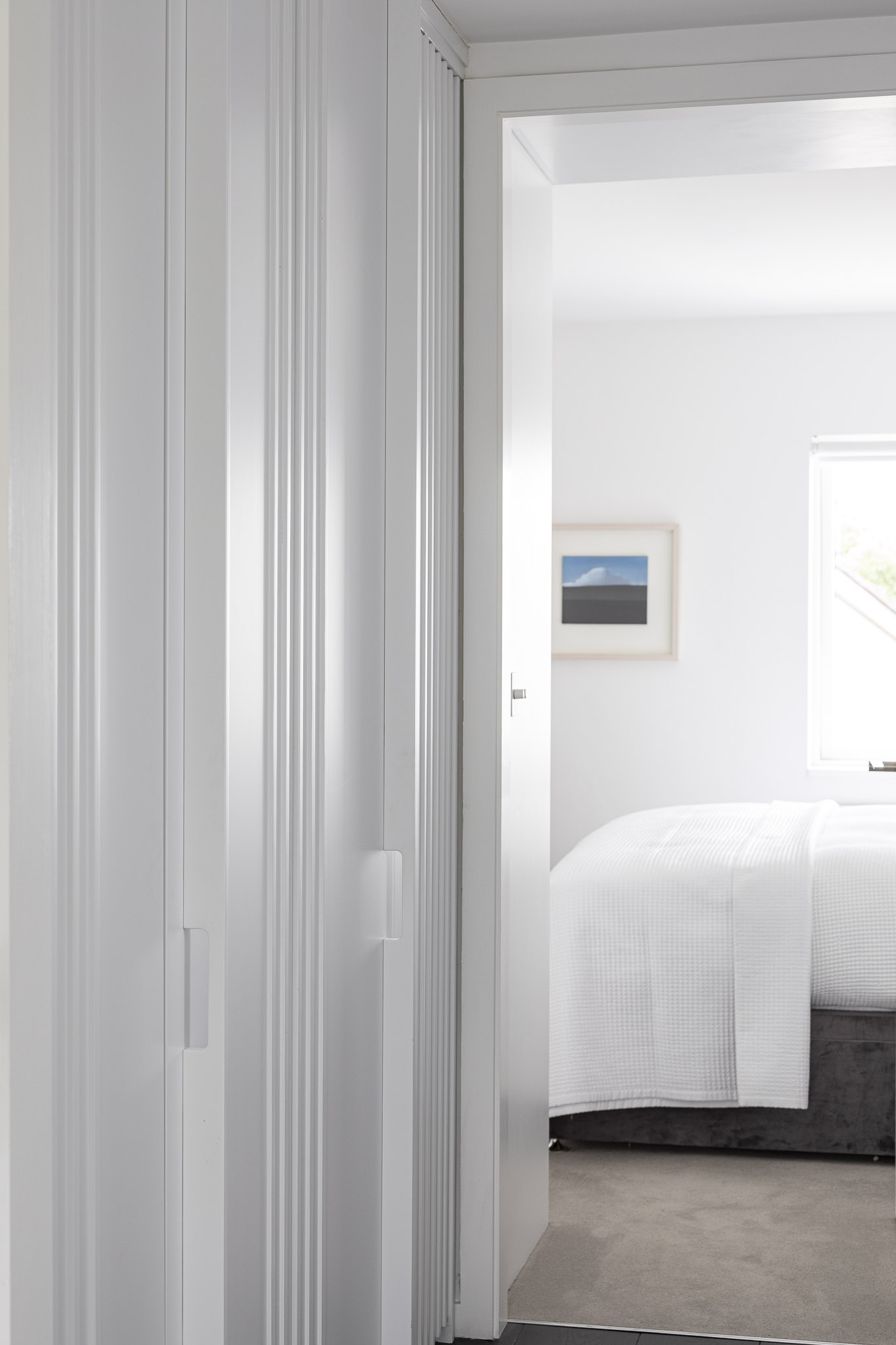 As Philippa puts it, “Small spaces must work; large can work. The concentration of design effort is magnified in smaller spaces.” She believes that cohesiveness should be the main goal of your house design, and never is that more important than in a small space. Plan carefully and with efficiency in mind.

“Stick to a limited colour palette,” says Philippa. “Whether it’s light and airy or dark and dramatic. Looking at items with an editor’s eye will help to ensure pieces really belong and keep the space from becoming cluttered.”

Read more: 10 of the best wardrobe storage hacks for your autumn clearout