You might have read over the weekend that I was planning on going completely sober at Electric Picnic this weekend. One of my main reasons for wanting to join the sober-curious movement was because this year I was one of 46 volunteers working with the Ana Liffey Drug Project, who provide drug outreach and harm reduction services. The ALDP is the first harm reduction organisation to have a presence at an Irish festival (this is its second year at EP), and its presence this weekend proved the need for more drug-related services at Irish festivals. Between Friday morning and Monday night, over 180 people sought help at the Ana Liffey welfare tent after using drugs or alcohol at the festival. In essence, the tent was a safe space to go for people experiencing adverse reactions to drugs or alcohol they’d taken and were cared for by members of the ALDP and advanced paramedics, where necessary. 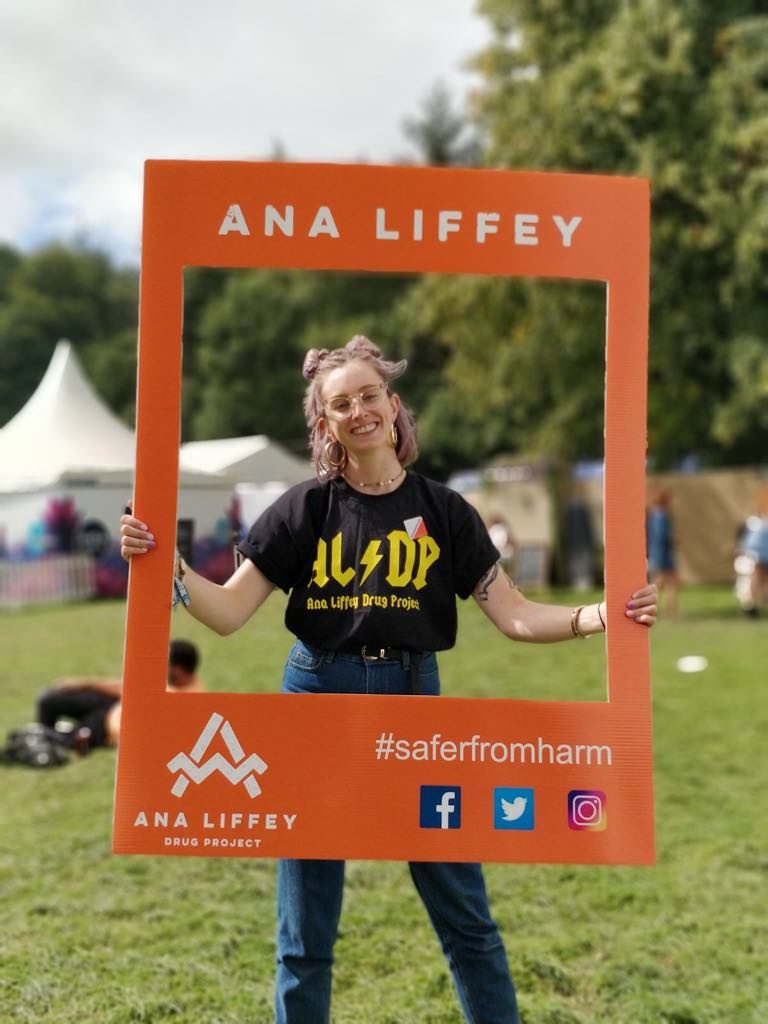 Volunteering at the Ana Liffey welfare tent at Electric Picnic

More men than women were experimenting with drugs

My first volunteering experience was an eye-opening one: I was surprised at the number of people – young and older – who were open and willing to talk about their encounters with drugs over the weekend, what they’d used or how they felt afterwards. There was a general feeling of regret masked by a “F*%k it, YOLO” attitude; especially by young men. Between Friday and Saturday morning, 46 people presented to the welfare tent according to Ana Liffey CEO Tony Duffin. Of those who presented, 24 were male and 22 were female. Alcohol was the preferred choice of drugs for women, while men used MDMA, coke and Ketamine. The majority of women I spoke to (aged between 17 and 40) were only consuming alcohol over the weekend, though some were curious about trying ecstasy and engaged in conversations about their friends’ drug habits. The major worry this year is that MDMA is “stronger than ever” according to Tony Duffin. In terms of the substances being ingested, Duffin said MDMA, cocaine and LSD were the most common. Bad batches of drugs were also reported.

“By volunteering, I learned the importance of having a good time but realised that going home safe at the end is most important of all”

The “drugs are bad for you, don’t take them” regime doesn’t work

The age-old lesson of “don’t use drugs or you will die” message delivered in schools is outdated and unrealistic. People will continue to take drugs, this is a fact. Some younger people that I spoke to showed interest in what happens when you take certain drugs and different types of drugs and unanimously agreed that they had no drug education or harm reduction in their schools or. Prevention education can help minimise addiction and we need to talk about it more. But we are making positive steps toward better education and services: just last year the Irish government launched its Reducing Harm, Supporting Recovery Programme that aims to take a health-led approach to drug use, taking into account mental health and wellbeing. The organisation’s key message is that it’s safer not to take drugs, but if you do decide to use drugs to remember the following factors:

3. Start with a small test dose and leave at least two hours between use

4. Use one drug at a time and never mix with alcohol

More than 8,000 people came forward to have their drugs tested at music festivals in the UK this summer, but drug-testing is currently illegal here. Some people using the ALDP service over the weekend did ask could ALDP test drugs on site and said they would feel safer if that could happen. Ultimately though, you can never fully tell whats in a pill or powder unless you’re a pharmacist. Ana Liffey’s mantra is that the safest approach is simply not to take drugs, which was echoed regularly throughout the weekend.

Self-destruction is alive and kicking

“Most of the people using the ALDP service over the weekend were between the ages of 18 and 21,” according to Duffin. Having covered more than 40km of the festival grounds and campsites from Friday to Sunday myself, I noticed that older age groups seemed to use drugs in a more controlled, discreet manner, while under 25s seemed to take drugs and alcohol in a more self-destructive and obvious way. It’s easy to pretend that drug use doesn’t happen at festivals, or that it only happens to a particular type of person. In reality, it does happen, and there are no rules about who participates. What organisations such as ALDP are trying to do is not force a blanket “no drugs” policy, but instead promote safer drug use to reduce and minimise the harm done to the person using drugs, as well as the people around them.

At the end of the day, everyone wants to have a good time. By volunteering, I learned the importance of having a good time but realised that going home safe at the end is most important of all.