‘Stairway to Heaven’: The hike you need to do at the weekend

The Cuilcagh Boardwalk Trail, aka Ireland’s very own ‘Stairway to Heaven’, has become a social media star in its own right. The boardwalk in Fermanagh, only opened since 2015, has become quite the phenomenon. Ciara O’Loughlin went to see what all the fuss is about.

Ireland, one of the most beautiful countries in the world. But many of us don’t make the most of.  That’s why I’ve made a pact with a pal to go on a hike at least once a month, and we are inviting you all to do the same.

Not only is it a great way to discover the Irish landscape, but it also means we are getting some much-needed exercise in along the way. Our first trip was to the beautiful Fermanagh. 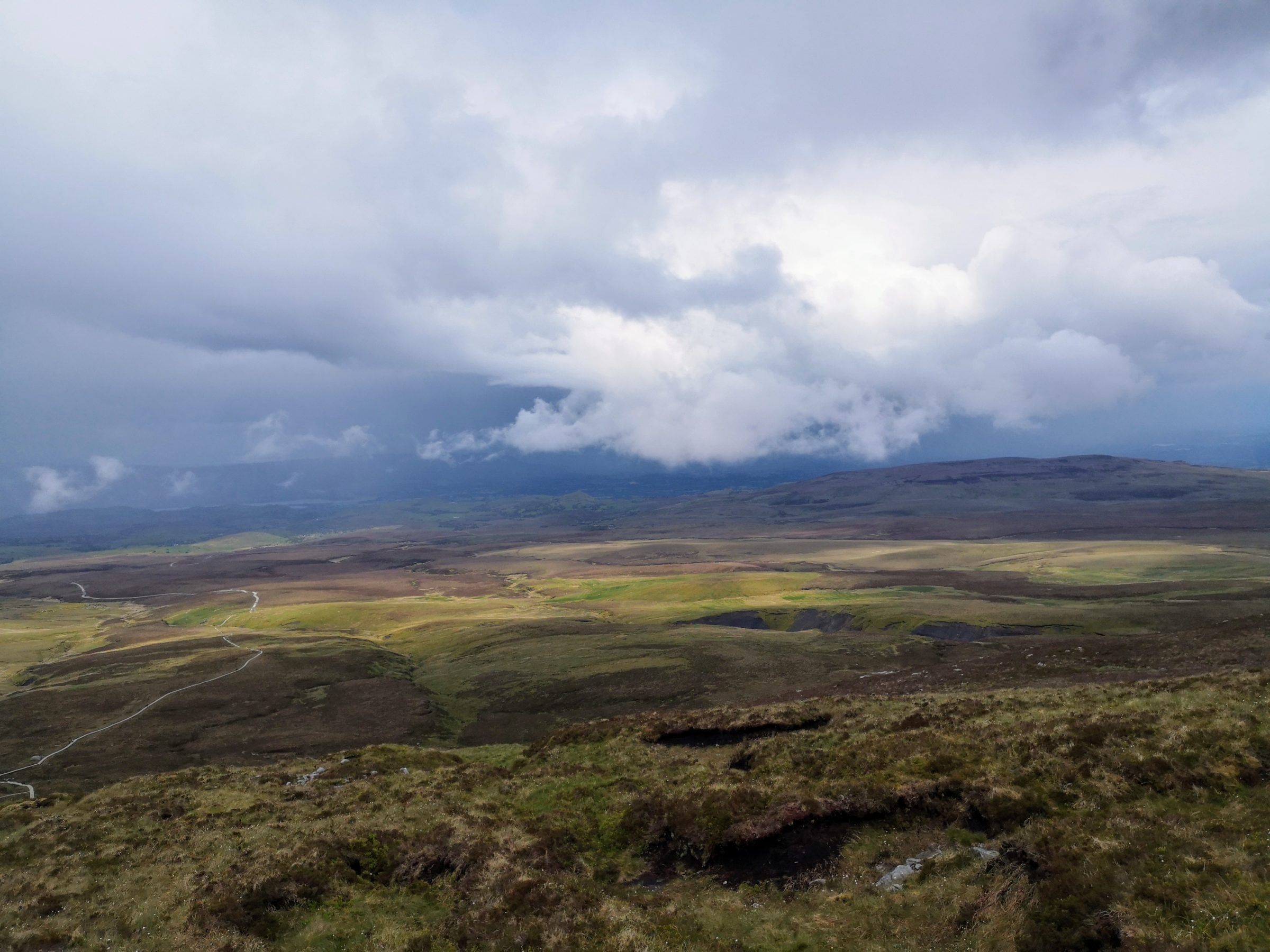 ‘The Stairway to Heaven’

The Cuilcagh boardwalk trail was constructed in 2015 in order to conserve the blanket bog and damaged peatland that had been eroded by people walking on it. Before its construction, the area attracted only about 3,000 walkers annually. But now due to its growing popularity, a staggering 60,000 walkers attempted the hike in 2017, according to Lonely Planet.

Related: Reading these books will make you instantly happier

The boardwalk is evidently still as popular as it was in 2017. As we pulled up to the car park (privately owned and will cost you about €6)  on an average Sunday,  it was packed. This worried me a little, but later on, the crowds proved to be a great encouragement to keep hiking. All those friendly faces really helped. 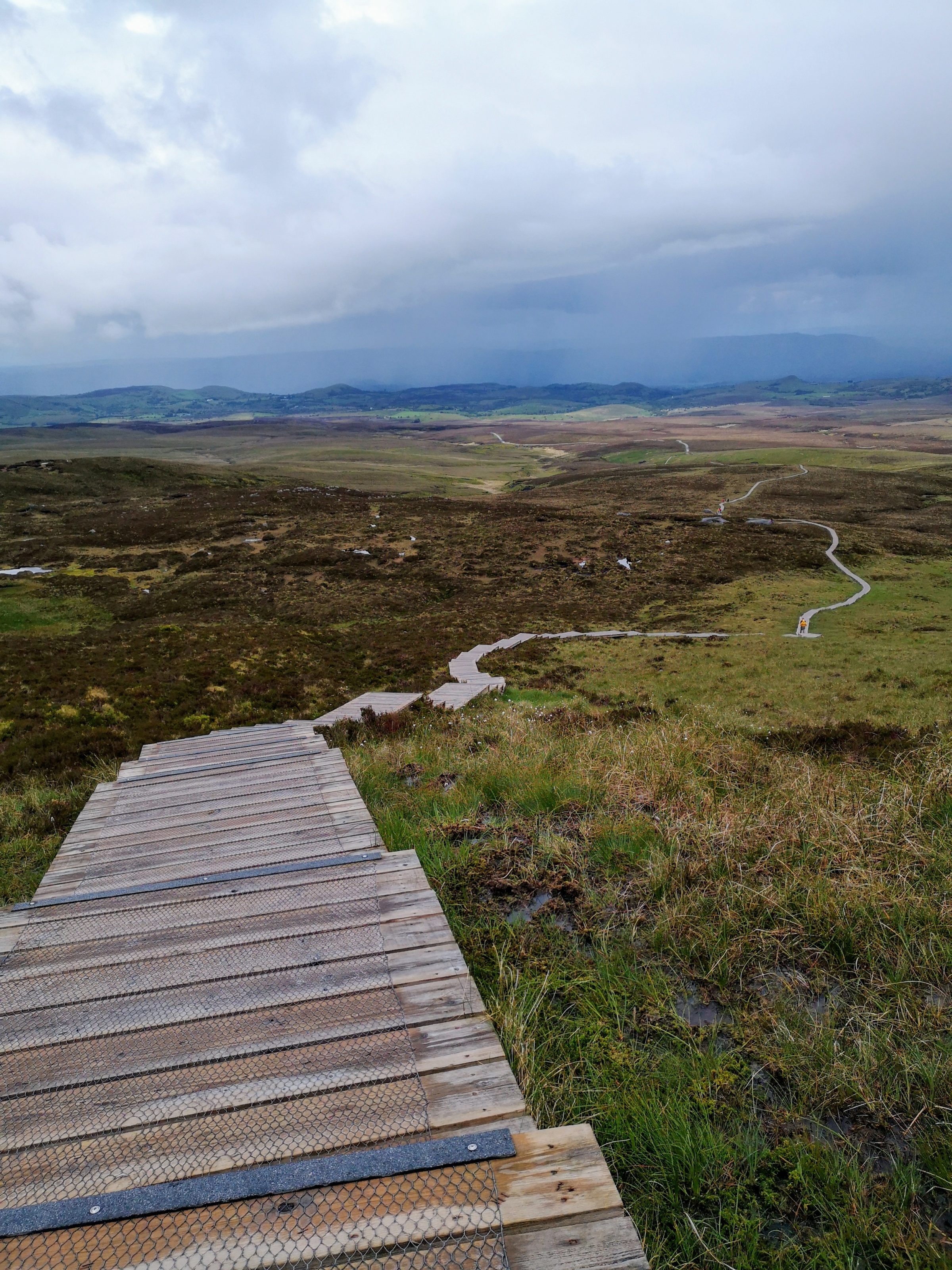 The hike consists of three separate stages: the main walk on the stone path at the beginning, the boardwalk and then the stairs.

The full 7.4km hike up and down will take you roughly 3-4 hours. I have seen different articles saying 6, but as a non-hiker who did it in 3, I don’t think this is right. Regardless, give yourself plenty of time and make sure to bring water, some healthy snacks and a raincoat.

When you first start the walk from the carpark it can be incredibly daunting to see how far away the boardwalk is, but try not to think about getting there and just enjoy the journey. Undoubtedly the beautiful scenery is enough to keep you distracted.

The overall hike is also pretty steep, with the stairs at the end being the biggest killer. If you have any kind of injury or are just not used to this kind of exercise, it will definitely be a challenge.

However, I promise it is worth it for the incredible views when you get to the top. In fact, the pictures don’t do it justice. 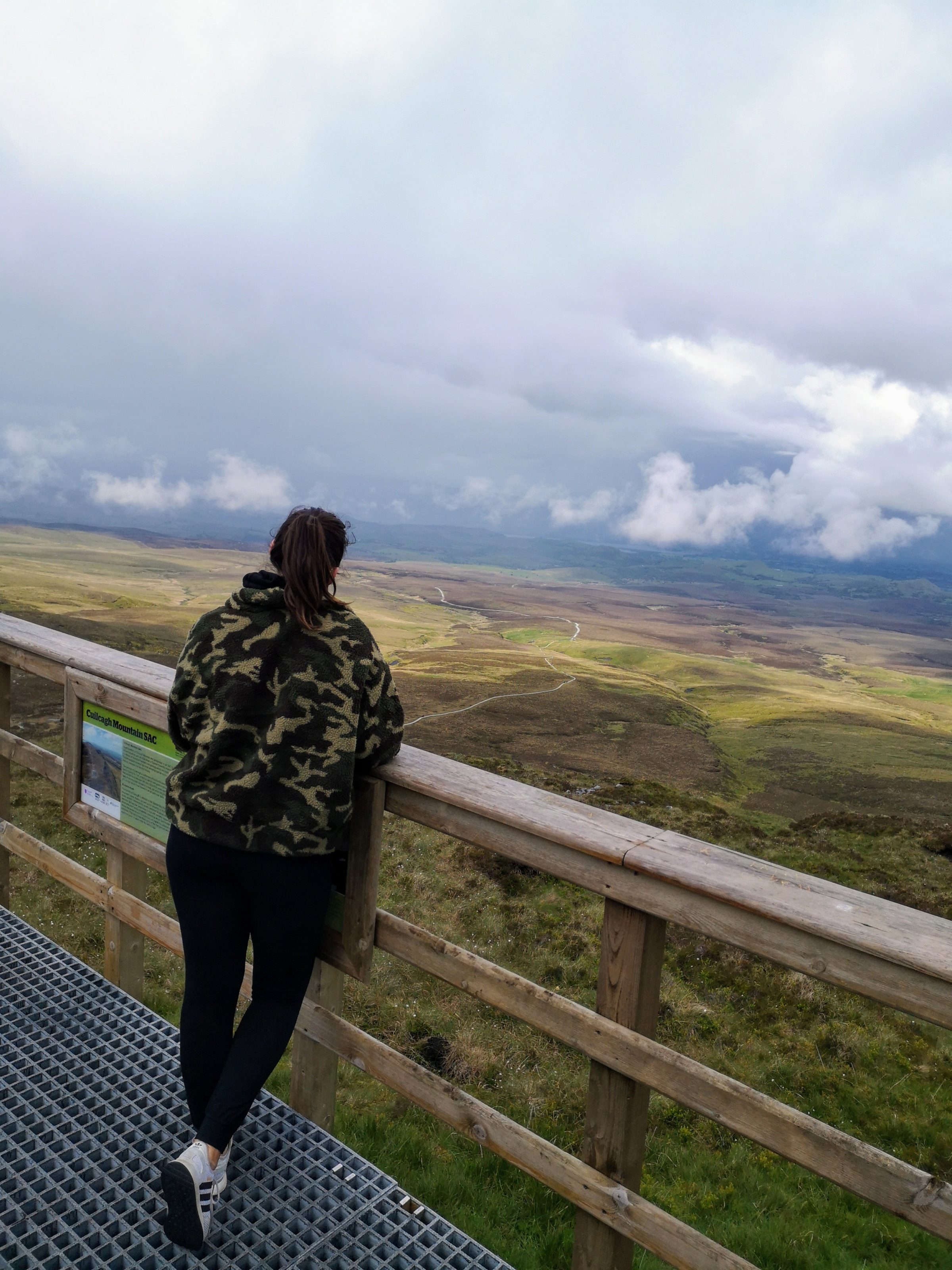 Although I was in agony for the best of three days after doing this hike, I would thoroughly recommend it. It is stunning, you get a great sense of achievement and it is all on our doorstep.

Besides, what else would you be doing on a Sunday?

If you’re looking for more information on the walk click here.

Read more: Why Cori Gauff is an incredible role model for teenage girls

Read more: This Galway canal house gets a bright and modern renovation

What to eat tonight: Grilled Caesar salad with chickpea croutons