The Best Career Lessons From The Movies

Our nominations for our IMAGE?Business Woman of the Year Awards 2016 are in full swing and there’s still time to nominate any women you know who excels in the world of business; if you know a contender we need to know about, nominate them (or why not yourself?) HERE. ?In the run up to our BWOTY awards this year, we’re looking to the big screen for some career gems to put into practice in the office.

The Plot: This underrated gem stars Rachel McAdams as an ambitious television producer desperate to make her mark in a competitive industry which requires long hours, quick thinking and absolutely no vanity. There’s a poignant scene at the beginning of the movie when Becky Fuller, McAdams? character, has just been let go from her job. She’s sitting at the kitchen table with her mother, who isn’t a bucket of can-do attitude. She tells her daughter: ?When you were eight, it was adorable. When you were eighteen, it was inspiring. At twenty-eight, it’s officially embarrassing. And I just want you to stop before we get to heartbreaking”. 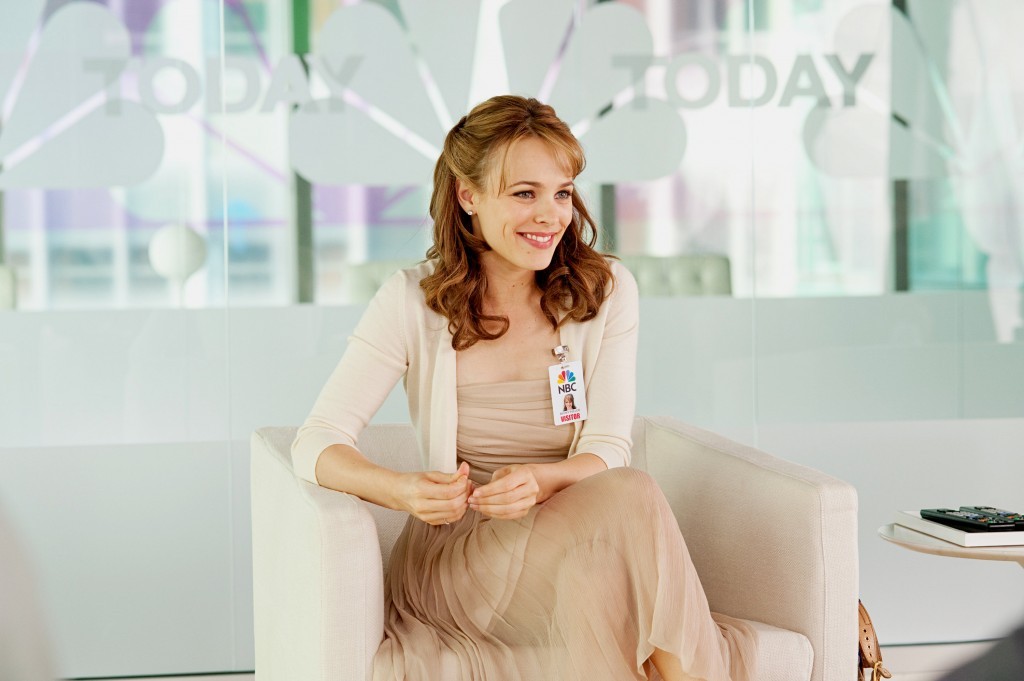 Becky responds to this dearth of encouragement with an admirable tenacity. She applies everywhere, follows up with an enthusiasm bordering on harassment, and accepts a job with a pretty awful programme, and a very grumpy anchor Mike Pomeroy, played by Harrison Ford. Then she initiates a plan-of-action. It doesn’t always work, but knows she’s good and she sticks at it. Even when she’s faced with the axe, she comes with a Plan B and commits to it. She follows the ratings and chips away at Pomeroy’s snobbery to prove her worth.

The Lesson: When The Going Gets Tough, Do What Works

Sometimes those closest to you might not be the revitalizing well of support you want them to be. That’s annoying, but it’s also okay. Move on. Get over it. Push yourself. Use all the knowledge you have. Trust your gut. The victory will be that much sweeter.

The Plot: This is the ultimate Friday evening movie for when you’d rather drown in szechuan sauce than see a living soul and partake in Any Plans For The Weekend conversation. Ryan Reynolds, that’s my plan.

In this movie, Sandra Bullock’s publishing hotshot finds herself needing to fake an engagement to her assistant, played by Ryan Reynolds. She hasn’t exactly been exactly a warm and caring mentor though. Cue screwball romantic comedy involving a trip to Alaska to meet the fake future-in-laws, lies, tattoo confessions, and an adorable dog being abducted by an eagle.

All of this could have probably been avoided if Sandra had been closer to her assistant and knew about his background in the initial meeting with immigration.

The Lesson: Be Kind To Those Lower On The Ladder

Because you might need to marry them in order to commit fraud. But in all seriousness, work is tough. And contrary to what it feels like, you are not the centre of the universe. We all co-exist, no woman is an island. Not being a bitch to junior staff means you have people on hand who will want to help you, and who will be happy to work alongside you when they get promoted. 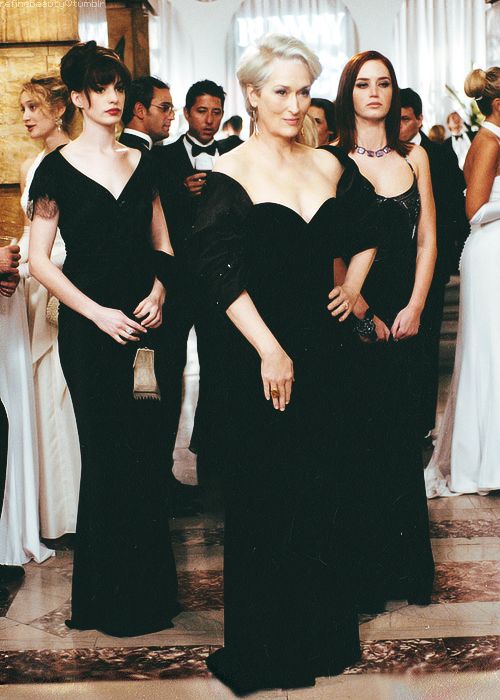 The Plot:?Andrea is a young and ambitious journalism graduate who wants to make her mark in Manhattan. She ends up at Runway, a Vogue-esque publication that is a million miles from the intellectual Watergate escapades she thinks herself capable of. She doesn’t fit in. She dismisses the fashion industry as fluff. And she’s terrified of her boss, the fearsome and ice cold Editor-in-Chief Miranda Priestly.

This iconic watch has many lessons to teach. Most of which come from the viewer shouting at Anne Hathaway’s Andrea as she navigates the stressful atmosphere that is the fashion industry with an ignorance and audacity that is almost impressive.

Lesson #1: Ring HR and ask about the office dress code.

Don’t show up to your first day in the type of ensemble that is so out of place you look like you’ve found yourself at home in the midlands for a surprise funeral and that blue jumper and brown skirt was the only thing left over from your mother’s most recent charity shop drop.

Lesson #2: Give your stressed AF colleague a chance

Yes, Andrea’s colleague Emily is a little bit of a fire breathing devil. But she’s a survivor. Just because you work with someone who can be a tad short doesn’t make her the villain of your 9-to-does-work-even-end-these-days life. Some offices aren’t good for some people, and its not all about you.

Lesson #3: Know when to quit
If your employment makes you feel sick to your stomach with uncomfortable gut feelings, leave. Maybe not in the city centre of Paris when you’ve got company credit card flights booked, but definitely plan an exit strategy if the job is the opposite of what your soul needs or there is an ethos in place that has you crying to your significant other every night about how they are the best person in the world and that the Pope should knight them, or beatify or whatever. 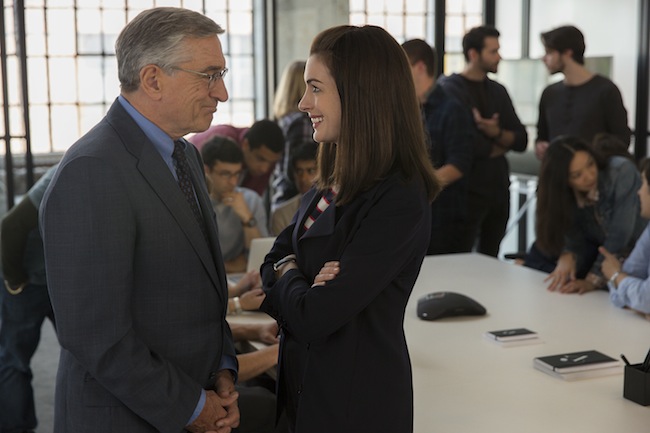 The Plot: Anne Hathaway’s next movie looks set to join The Devil Wears Prada as one of those key Modern Career Girl movies. In Irish cinemas October 2nd,?The Intern tells the story of Jules Ostin (Hathaway), the founder of an online fashion empire who is rising star in her industry. Robert De Niro plays her intern,?a 70-year-old retired widower who wants to escape his boring life for something different. While he and Jules differ in more than just age, they learn from each other and become dear friends.


Do you know an Irish businesswoman we need to know about? IMAGE Businesswoman of the year 2016 is taking place on Monday, November 21st 2016 and we are looking for women who excel in their field. If you know a deserving client, colleague or friend, why not nominate them now. Or why not nominate yourself? Click HERE to do so. ?