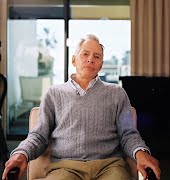 Telling people I’m in the void is a hard thing. I always feel like I’m being a bit too much.

When you think about someone with depression you might imagine someone who is sad, low, crying even.

Depression is, after all, a dip in the landscape – a sunken place – as well as an affliction of the mind.

I don’t really identify as a person with depression. I think of myself more as a person who is being lightly tormented by my head, a good portion of the time. That’s kind of the baseline for me. I tend to be crazed rather than crying. Wild and high before the fall. I’ve begun to notice a pattern. Before the bleakness rolls in, pours into my life like a filthy grey tide, I go really quite mad, under siege by fear, guilt and anger – aka the Holy Trinity of shit buzzes. It can be so intense and hectic, I genuinely wonder if my brain can handle it or will it simple short out leaving me in a vegetative state?

And in a funny way that is sort of what follows. I call it the void.

It’s a terrifying blankness. A strange absence of feeling. I’ve been in the void a fair bit. More than most people? I don’t really know, probably not. When I’m feeling voidy I almost wish for sadness which seems so much safer and more quantifiable than the relentless blankness. Feeling sad is understandable. Feeling nothing is scary. Really really scary.

Telling people I’m in the void is a hard thing. I always feel like I’m being a bit too much. Like right now, writing this for example. Compartmentalising is, for me like so many people, a salvation. When I’m in the void, I do my work and mind my kids and talk to friends and try to decide how bad is bad enough to do something about it and how bad is it anyway? I have a mask of normality like a lot of people and I really rely on that mask of normality. Especially because people tire of my blank ways, who wouldn’t?

I haven’t been on any psychiatric medication for the last seven years, but I’ve been debating re-entering the fray. The drugs really worked the last time in that they helped me not die! Yay for not dying of blankness! But still I have reservations about going back to what I think of as the Shaky Days. Taking up head meds wasn’t without its complications. I remember the early weeks and months of adjustment as being difficult and back then I was at the most optimum time in my life for that kind of undertaking. I had no responsibilities, nowhere to be, nothing to do but try and hold on through the Shaky Days when I was so sick in the head that death looked like hope.

Of course, that is still all I have to do now. Just hold on. The notion that I don’t have time to get well is probably a symptom of my sickness. It is, on a logical level, more important than ever that I hold on.

I haven’t gotten to the bottom of the head meds question just yet but I have identified the small things that act like momentary reprieves. I’m not talking about self-caring away a major depressive episode, I’m talking about the things that won’t fix you but will help you get from moment to moment. Holding on and knitting those moments together is what recovery looks like. And sometimes it will unravel that’s also what recovery looks like. And perhaps this void I’m currently in is just that, another unravelling. Nothing new. Still hard but not the edge, not the precipice of unknown that I am so terrified of but something I have conquered before and will do again. Just a route to an exit really.

The HALT rule is the best thing I’ve ever learned in therapy. It’s a quick effective way to check in with yourself and stands for Hungry Angry Lonely Tired. Sure, your over-arching problem may be a chemical imbalance in the brain but at any given time one or more of these things may be exacerbating the situation. So I check, am I hungry, angry, lonely or tired? It seems basic but we forget the basics.

I find this time of year can be especially voidy for a lot of us so here are some more temporary exits that can sometimes offer a momentary reprieve.

For many years, drugs and alcohol were my best options for this. Of course, these are… problematic. Pesky, pesky mind-altering substances, I do NOT recommend. Booze, drugs and mental illness is the other Holy Trinity of bad buzzes.

Now, when I need to alter my state I tend to move. I dance spectacularly badly because dancing doesn’t require much except a complete lack of regard for how much a dick you look like. Or I might shuffle-run, or swim if I can get my shit together enough for it. I also just promise myself that whatever I’m doing, I’ll do it for five minutes. Five minutes of dancing when you are sad as f*ck is much more doable than something insurmountable like 35 minutes of cardio.

This is the hardest. When I’m in the void I also tend to avoid people. People, I feel, require the one-woman show I call “I’m Fine, Fine, Fine, Fine!” It’s not a very convincing one I sense but still, I bombard them with my bullsh*t rather than admit anything is wrong. I find the Singalong Social and Casual Choir provide a double healing-whammy in that you get to alter your state and be with people at the same time. One stone two birds.

The great misconception we all have about feelings is that they need to be fixed. Sometimes you just have to feel the feelings which can be fairly crap but there it is, you can’t just run around being top of the self-care class or positive thinking them away. Just accept that this is sometimes how we feel. Now is usually a good time to do something to help someone else.

You don’t have to call it a ‘gratitude journal’ if that gives you a cringy squirmy feeling, this exercise is about finding these things – training your brain to go in another direction for a minute, away from all the fear and panic and hopelessness and seek for a moment the things you still have to be thankful for.

I recommend blue cheese drizzled with honey on crackers. Or if you want something a shade more involving to turn your focus to, making risotto is a form of meditation in my book. This maple and butternut squash recipe is comforting and tasty.

But try not to isolate.

Photo by Michael Jasmund on Unsplash