Rejection is permission to move on, not to stand still

As sure as the sun may rise and as sure your car will be clamped at some point in the city centre, rejection will make its presence felt at some point in your life.  In my last article for image.ie, rejection got a lot of airtime and this week, it’s getting centre stage because rejection is a part of life. Whether you’re applying for a job or applying for Glastonbury tickets, rejection can swoosh in and leave you feeling shellshocked. A rejection of the heart can often consume you but often, when you look into it, it’s not that personal.

It’s a word that rings in your ears. Even the way you pronounce it is harsh. Re-jec-tion, rhyming with both injection and infection and funnily enough, rejection, injections and infections can often leave you feeling numb. The immediate aftermath of rejection can result in a case of dry mouth and a rush of blood to the head. A lump forms in your throat and you don’t know whether to spiral into fury or tears or simply throw your phone into the canal.  You begin to map out the events leading up to the rejection in your mind, as if you are Carrie in Homeland, to pinpoint some clue in the way he or she didn’t ask you how you were last Thursday.

Rejection, the grizzly beast, is more often than not the result of someone simply changing their mind. And you can’t fault someone for changing their mind. You can fault them for leading you on, flat-out lying or ghosting you – well, ghosting is just the height of bad manners and you can do more than fault them – but you can’t curse them for changing their mind before things get serious or even get going. When you are in the position of the rejectee, it feels like a thud to your pride but when you are the rejector, it feels like nothing more than a shrug. 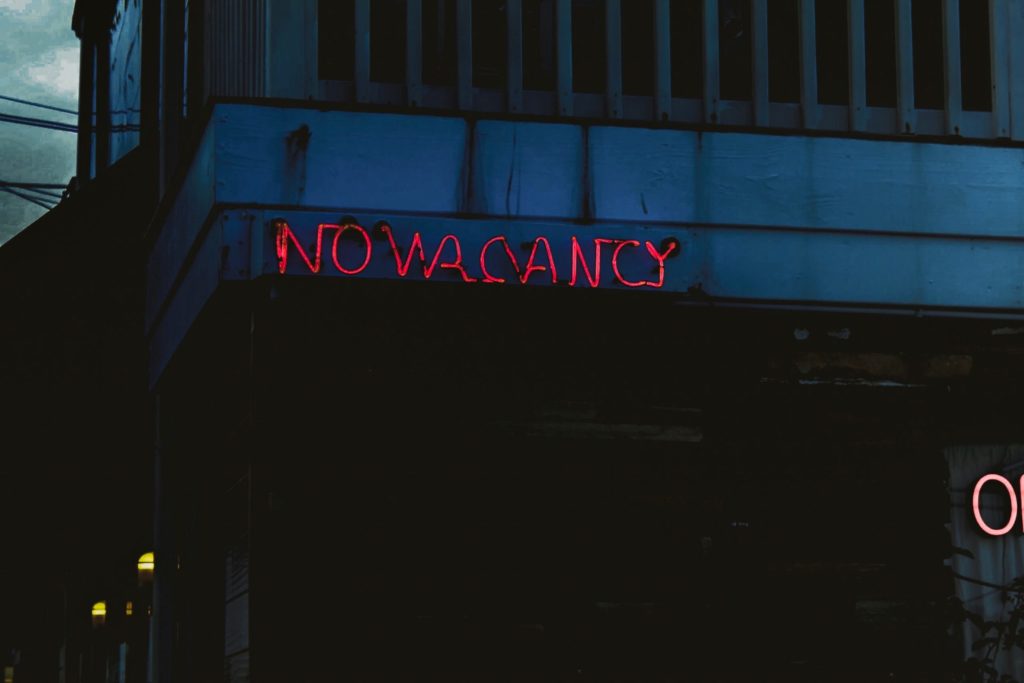 You are not the exception to the rule

“You know,” you say to your friend or to yourself via your reassuring inner monologue,“he’s a perfectly nice guy but he’s just not for me.” That’s a statement that has closure. If we still had flip-phones, your phone would be snapped shut to punctuate the end of that sentence, before moving onto your next victim. There’s no reason why in that statement, it’s just a hunch that things won’t work out. It’s a gut instinct that tells you that you’re just not suited to each other. It’s a goddamn shrug that indicates that yes, he or she is just not that into you. Forget about what that movie told you, you are not the exception to this rule. You are not the one to break the mould. Don’t try and dig any deeper into it or lose more than a night’s sleep. Rejection is usually just a no with a shrug – and not a violent push down an empty elevator shaft, even though it might feel like that for the first few seconds –  and that’s something we have to learn to accept.

Like the dull ache of newly pierced ears, the pain lasts a while but we can’t bargain ourselves out of it. We have to accept that it’s a feeling that will just eventually dissipate until one day it no longer exists, unless an ugly infection comes along because you kept prodding at it with your filthy fingers.   Rejection shouldn’t result in you reevaluating your personality or sneering at your appearance.

Not to be confused with heartache

Do not dwell, do not despair. Do not stew in your own juices of sadness and do not talk yourself into thinking that he or she didn’t mean what they said and that you should maybe just casually text them to see if they’re out. Rejection is what happens early on between two adults that are casually orbiting in each other’s spheres. It’s not to be confused with heartache; that comes with it an entirely different set of rules and symptoms. With rejection, the only thing smarting is your pride, and that’s only a temporary throb. Rejection is a superficial burn. It leaves no scar but it toughens you up, leaving you wiser, hopefully a little bit bolder and it gives Kelly Clarkson’s Since U Been Gone a much greater meaning. And that song already means so much. The key change alone…

Rejection is the gunshot that marks the death of one potential relationship but announces the start of another and you’re already in the stalls, rearing to go and going for gold.  You must absolutely milk your rejection for a night out with friends but do not treat this setback like the final squawk of your sorrowful swan song; rejection is permission to move on, not to stand still.