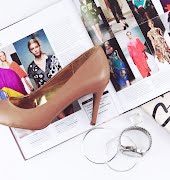 Simone Sheils and Darren Mullane met 11 years ago when they were both working in Maui. Four years later, the couple got engaged while on holiday in Whistler, Canada.

Darren, an anesthesiologist, and Simone, a speech and language pathologist, began planning their perfect wedding in Co Clare, close to where Simone grew up in Ennis and not far from Darren’s hometown of Newcastle West, Co. Limerick. 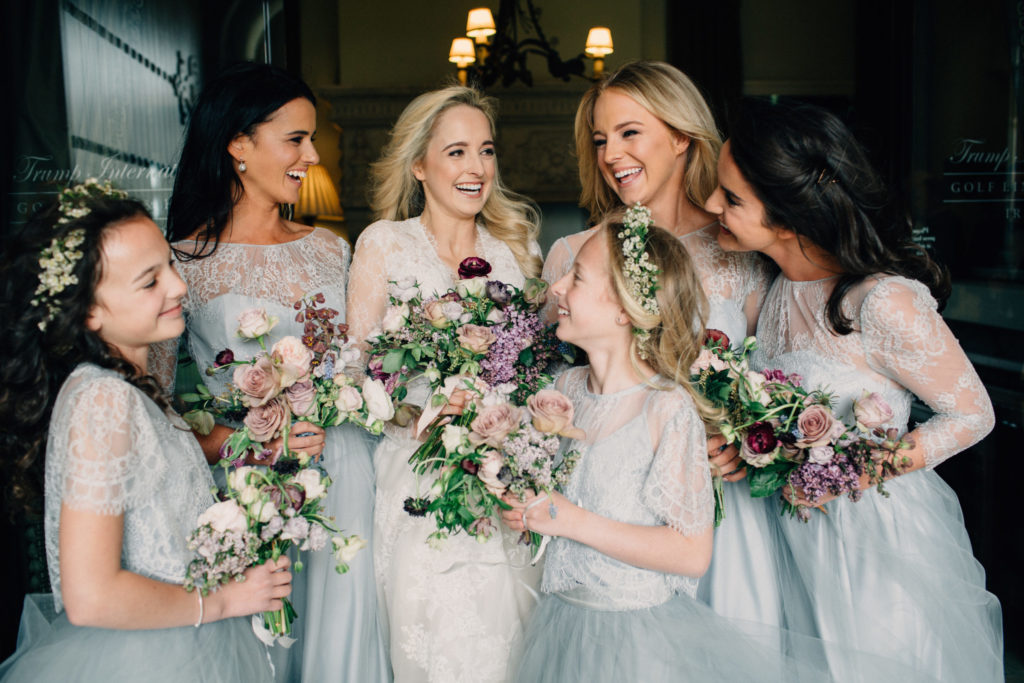 The couple, who now live in Vancouver, wanted a relaxed, fun celebration. Simone wore a Monique Lhuillier gown bought at Browns Bride in London, complemented by a Peter Langner veil and Aquazzura shoes. Celebrity hairstylist Matthew Feeney did her hair, while make-up was courtesy of backstage stalwart Aidan Corcoran. 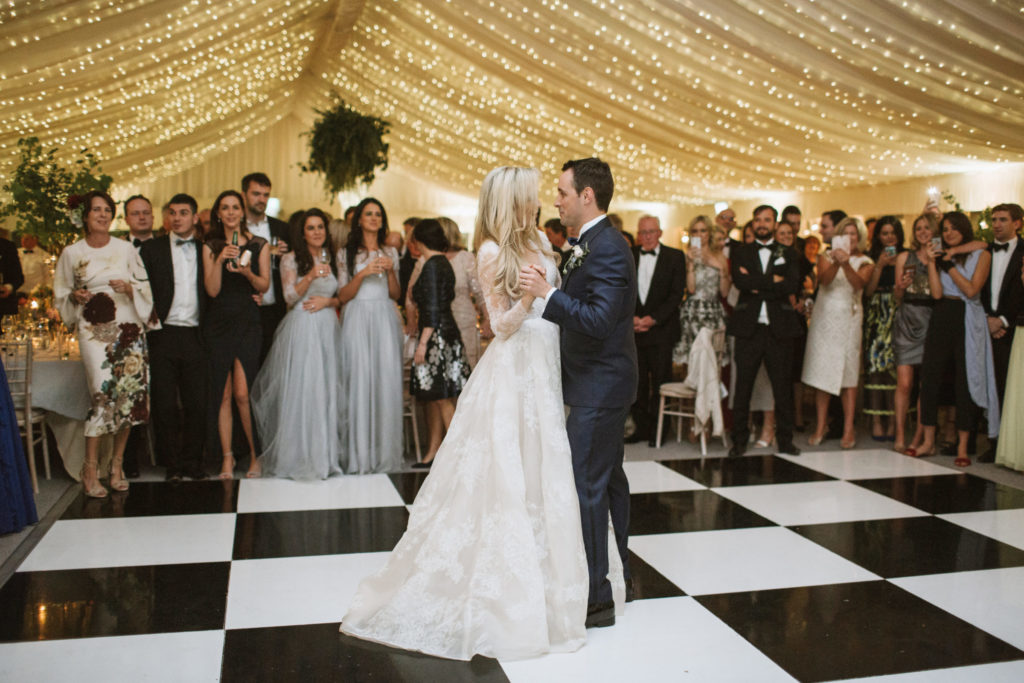 They said their vows in St Senan’s Church in Kilrush before adjourning to Doonbeg resort for a lavish reception. 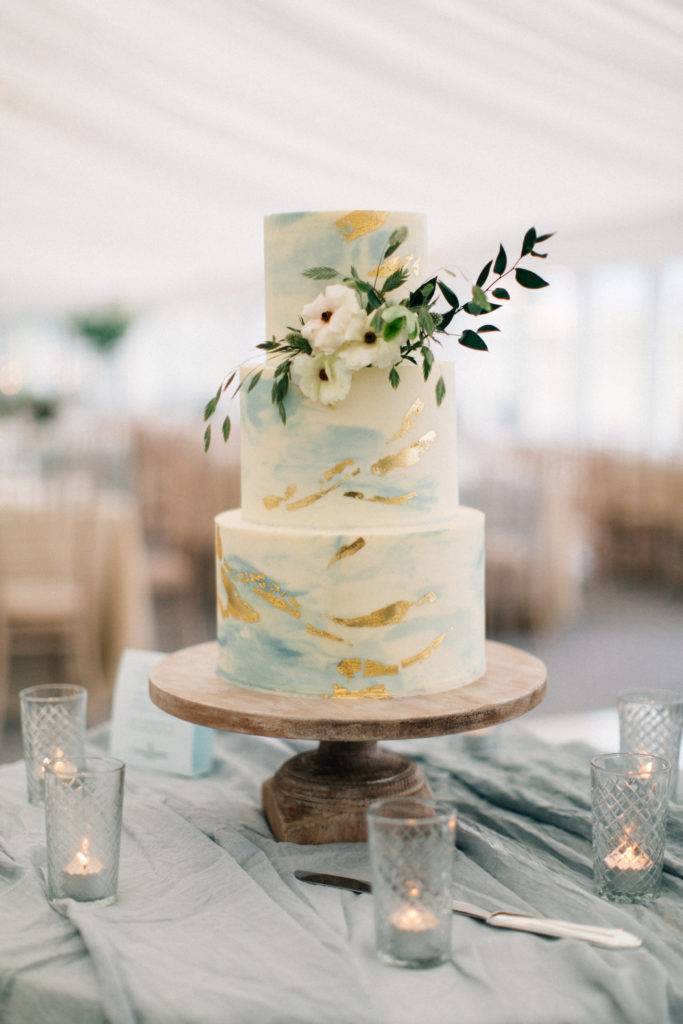 The couple wanted a wedding inspired by the coast; the cake was created by Cloudberry Bakery; Alise Taggart did the styling; The Informal Florist created the bouquets and centrepieces; the couple danced to music by Bentley Boys; the stationery was by La Happy and featured artwork by watercolour artist Sarah Simon.

Simone & Darren // Doonbeg, Ireland from story of eve on Vimeo.

Considering a florist for your wedding? Here’s everything you need to know