Prince Harry and Meghan Markle have touched down in Dublin

Prince Harry and Meghan Markle have just touched down in Dublin, marking their first official overseas trip since tying the knot in May. The newlyweds landed at 5pm at Dublin Airport, looking happy and excited for the evening ahead. They arrived in a private plane where they were greeted by the Lord Mayor of Dublin, Nial Ring, and Minister of State for European Affairs Helen McEntee.

The Duchess of Sussex, who has been criticised for wearing neutral tones of late, opted for a beautifully tailored green Givenchy dress. The luxury emerald fabric is a tasteful nod to our Emerald Isle, no doubt. The 36-year-old paired the dress with nude shoes and a tan handbag. While royal women usually carry a clutch, Meghan sported an oversized Strathberry bag; possibly for convenience while travelling.

Meghan kept her hair tied back in a sleek and elegant bun, which was wise considering the strong summer breeze on the tarmac of Dublin Airport. Meanwhile, Prince Harry donned a navy suit, an olive green tie, and black shoes.

The pair were full of smiles for the crowd of media (team IMAGE included) on the runway, and they appeared genuinely happy as they shook hands with Irish officials. They were then escorted to an awaiting car, where Meghan smiled and shook hands with the driver. She and Harry waved to the crowd one last time before being driven away, most likely to visit the Taoiseach Leo Varadkar at government buildings.

This royal visit, which was confirmed by Kensington Palace last month at the request of Her Majesty’s Government, will be relatively short. The royals will be in Ireland for little more than 24 hours, possibly because of other engagements (possibly because Harry wants to watch England play in the semi-final of the World Cup tomorrow).

But that being said, their itinerary is jam-packed. After meeting with the Taoiseach, the Duke and Duchess will attend a summer party at the British Ambassador’s Residence in Glencairn. Here they will meet members of the sporting, arts and military communities. Tomorrow, the pair are expected to visit Croke Park; the Book of Kells at Trinity College Dublin, and the Irish Famine Memorial at the Irish Emigration Museum.

Team IMAGE will be joining the couple for the duration of their visit as they explore the sights of Dublin. Stay tuned for the latest. 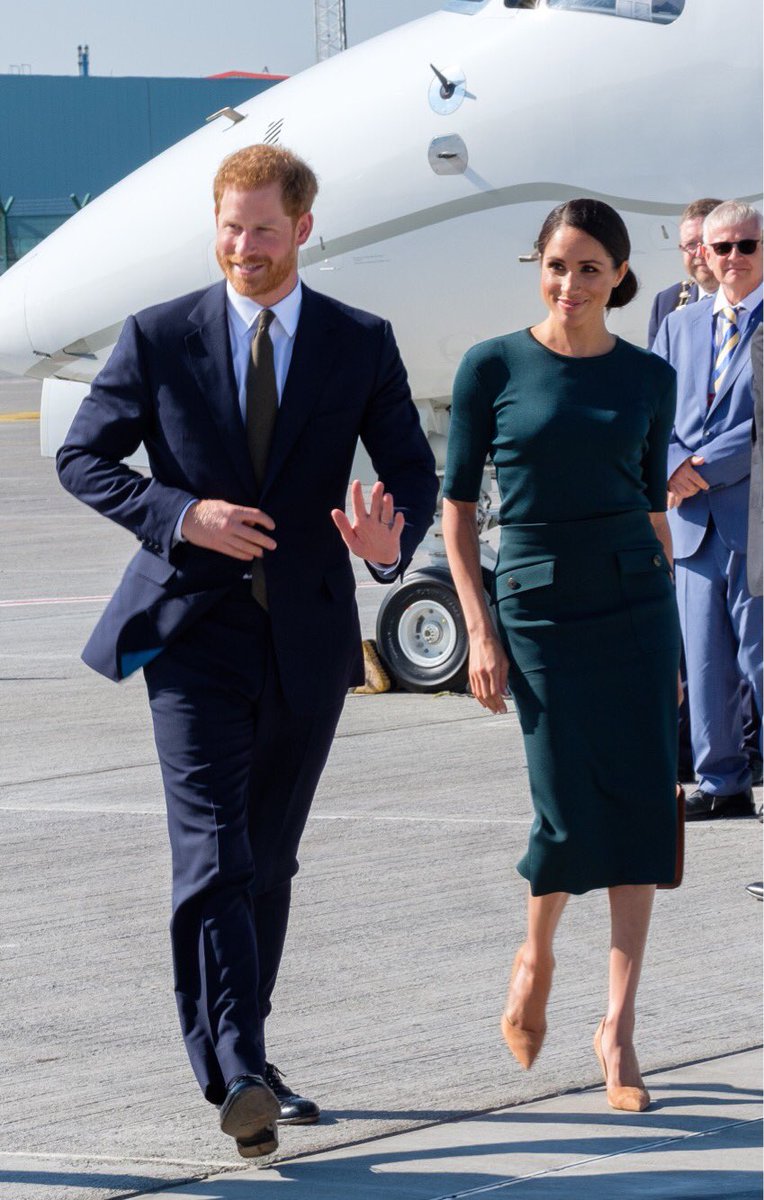 The Queen’s cousin will be the first royal to enter into gay marriage… click here.