After 150 years at the bottom of the ocean, save for some mineral deposits on the bottle, the perfume was perfectly intact and clearly etched with the words “Piesse and Lubin London.” Dr. Philippe Max Rouja, Bermuda’s Custodian of Historic Wrecks brought the bottle to Isabelle Ramsay-Brackstone, the owner of local boutique perfume store Lili Bermuda.

She recognised the name immediately. “In the 1800s, London was a center of the perfume industry and Piesse and Lubin was the name of a prominent perfume house on Bond Street,” she told Atlas Obscura.“It was a perfume that Queen Victoria would have worn.”

Related: NASA are releasing a fragrance that “smells like space”

Ramsay-Brackstone reached out to her friend and fellow perfumer Jean Claude Delville of Drom Fragrances and they began working on a kind of DNA test on the perfume bottle, with a process called gas chromatography that can read the molecular composition of a scent and state the associated chemical compounds.

The perfume’s scent was a blend of orange, bergamot, grapefruit, orris, rose and sandalwood (think Chanel’s Coco Noir) with ‘animal notes’ of civet and ambergris.

Over 150 years ago, Piesse and Lubin, a famous perfume house on Bond Street in Victorian London created a bottle of perfume. Somehow this bottle managed to make its way onto a Civil War blockade runner, a ship called the Mary Celeste, that shipwrecked off Bermuda. We had the honor of recreating the fragrance, which we now call “Mary Celestia”. #perfumehouse #piesseandlubin #london #civilwar #maryceleste #marycelestia #bermuda #shipwreck #fragrance

Obviously, perfume has evolved over the last 150 years, so they worked to find modern alternatives to the animal-sourced ingredients and different solvents, as the perfume of the 19th century was designed to be worn on clothes and to mask the stench of London, and would be irritating for the skin.

Still, they wanted to achieve the perfume’s exact aroma. “We didn’t want to recreate just a modern version of the fragrance. We wanted to stay true to the original scent,” said Delville.

After 110 iterations, the scent was reborn and named Mary Celestia.

Curious about how Queen Victoria might have smelled in the 19 century? You can pick up a bottle online from Lili Bermuda for €113. 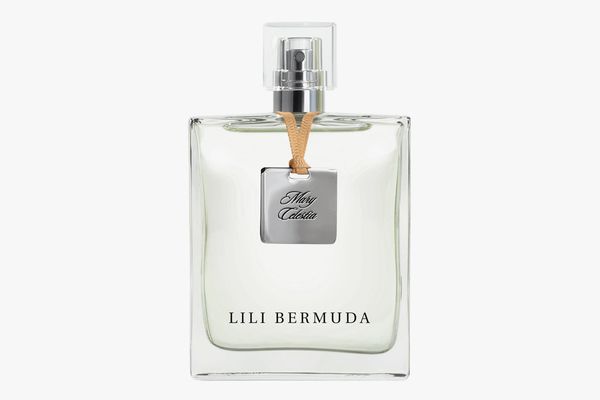 Photography by Unsplash and Lili Bermuda.

Read more: Trending summer hair accessories for when you still haven’t been to the hairdresser

Read more: The greatest new mascaras for volume and lengthening