Buy of the Week: Pipe Vase by Barber & Osgerby

The renowned contemporary designers of the 2012 Olympic torch, Edward Barber and Jay Osgerby, have dreamed up?a vase for the bicentenary of legendary ceramics brand Royal Doulton?

Barber & Osgerby are also no stranger to these shores ??they gave a masterclass as the opening event of Irish Design 2015 as part of the exhibition Thinking and Making. They’re known for their pared-back style and this vase is no exception. More than meets the eye, its form draws inspiration from the salt-glazed stoneware pipes that were some of the first products produced by Henry Doulton’s Lambert factory in the early 19th?century. Many of these pipes still lie beneath the streets of London and many other major cities worldwide.

The vase, which can also be used as a wine?cooler, is available in a limited-edition 2015 batch in honour of the year of celebration. The matt exterior has a dark grey tone while a deep black and clever wet-look glaze has been added to the inside of the vase. Barber & Osgerby explain, ?We have designed a contemporary piece that honours both Royal Doulton’s history and its exciting future, a simple form with contrasting finishes.? Have a look at the clip above to see more about the vase’s design. 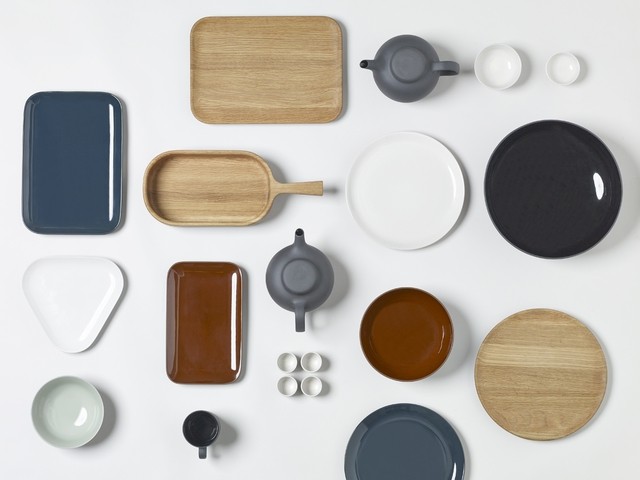 The pair have also designed a 40-piece mismatched collection for Royal Doulton called Olio (pictured above and below), meaning ‘miscellaneous’, influenced by found objects and a homely environment. Launched in May, the collection comprising of multi-coloured glazed and un-glazed stoneware, natural oak serving platters, and minimalist stainless steel cutlery. Interesting tactility and irregular in forms are used to give a more handmade and casual feel to the products. 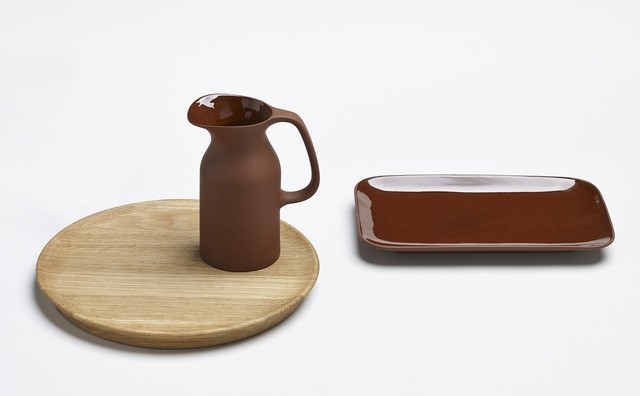