Peruse the work of Dali, Banksy, Warhol and Picasso at Culloden Estate this month

Conference Pear by Orla De Brí (H164 W77 D115 cms) will feature at Art in the Garden, in conjunction with Gormleys Fine Art, at the Culloden Estate and Spa from June 15-30. The event includes the largest collection of Dali’s works seen in Ireland, plus collections from the world’s biggest names in art including Andy Warhol, Pablo Picasso and Banksy.

In art, time can … melt? That’s been a driving concept behind on the work of artist and sculpture Salvador Dali, and his approach to art is one of the reasons he has continued to intrigue us for 80 years. Now, you can experience some of his creations firsthand, including one of his iconic melting clocks, at Gormleys Fine Art‘s Art in the Garden exhibition at Culloden Estate this June 15-30.

A celebration of Irish and international sculpture, it’s probably one of the biggest sculpture exhibits the country has ever seen and works from the likes of Andy Warhol, Banksy, and Picasso, as well as Dali, will take residence, melting into the idyllic grounds on the banks of Belfast Lough. 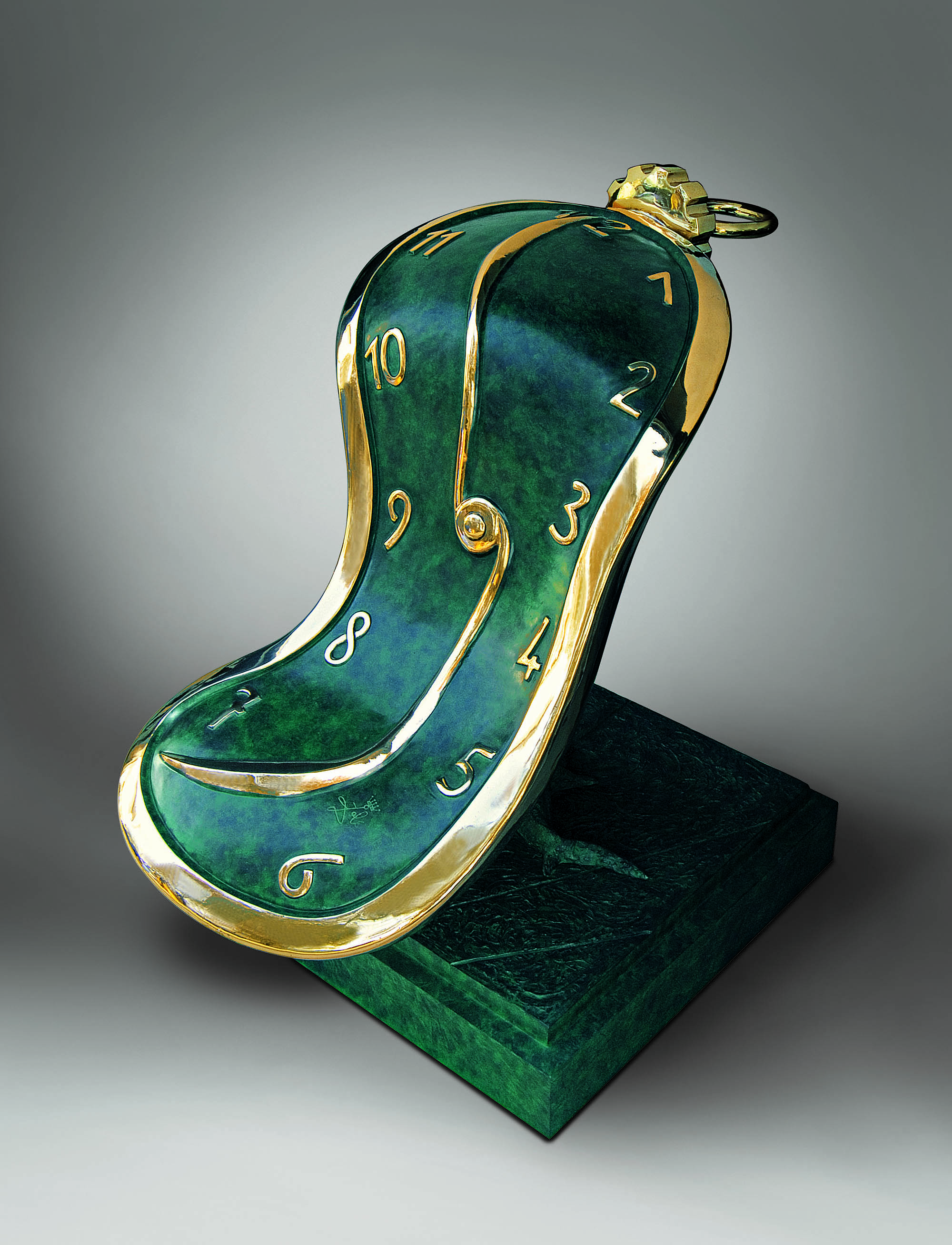 Dance of Time III (124 cm high) will be on display at Art in the Garden. Conceived in 1979, first cast in 1984, and now reproduced in limited edition by the Dali Universe in Switzerland.

This event, its scale and significance previously unmatched in Ireland, has been in the works for three years. The process, Gerard Gormley, of Gormleys Fine Art, tells us, began with selecting a location for the exhibition. The initial requirement, he explains, was “a location that would show off the work to its full potential and one that’d be accessible.” The country’s naturally idyllic landscape didn’t make selecting a location easy. But William Hastings, owner of the Estate and strong supporter of the the arts, was “very keen to be on board.” It was Hastings’ interest in the arts, in addition to his hotel’s picturesque grounds, that helped seal the deal. “For us, it’s important that you’re working alongside somebody who has a passion for the project, because you want someone who’s going to make sure the event is a success,” Gerard says.

With the location chosen, Gormleys could begin contacting sculpture artists, first from Ireland and then further abroad. The gallery approached many of the Irish artists themselves. “We set a target to find what was available and would fit into the spaces we had in mind,” Gerard explains. “And then it was just going out and sourcing the best that Irish culture had to offer.” The Irish sculptors Bob Quinn, Sandra Bell, Orla de Brí, and Patrick O’Reilly will all have work on display. 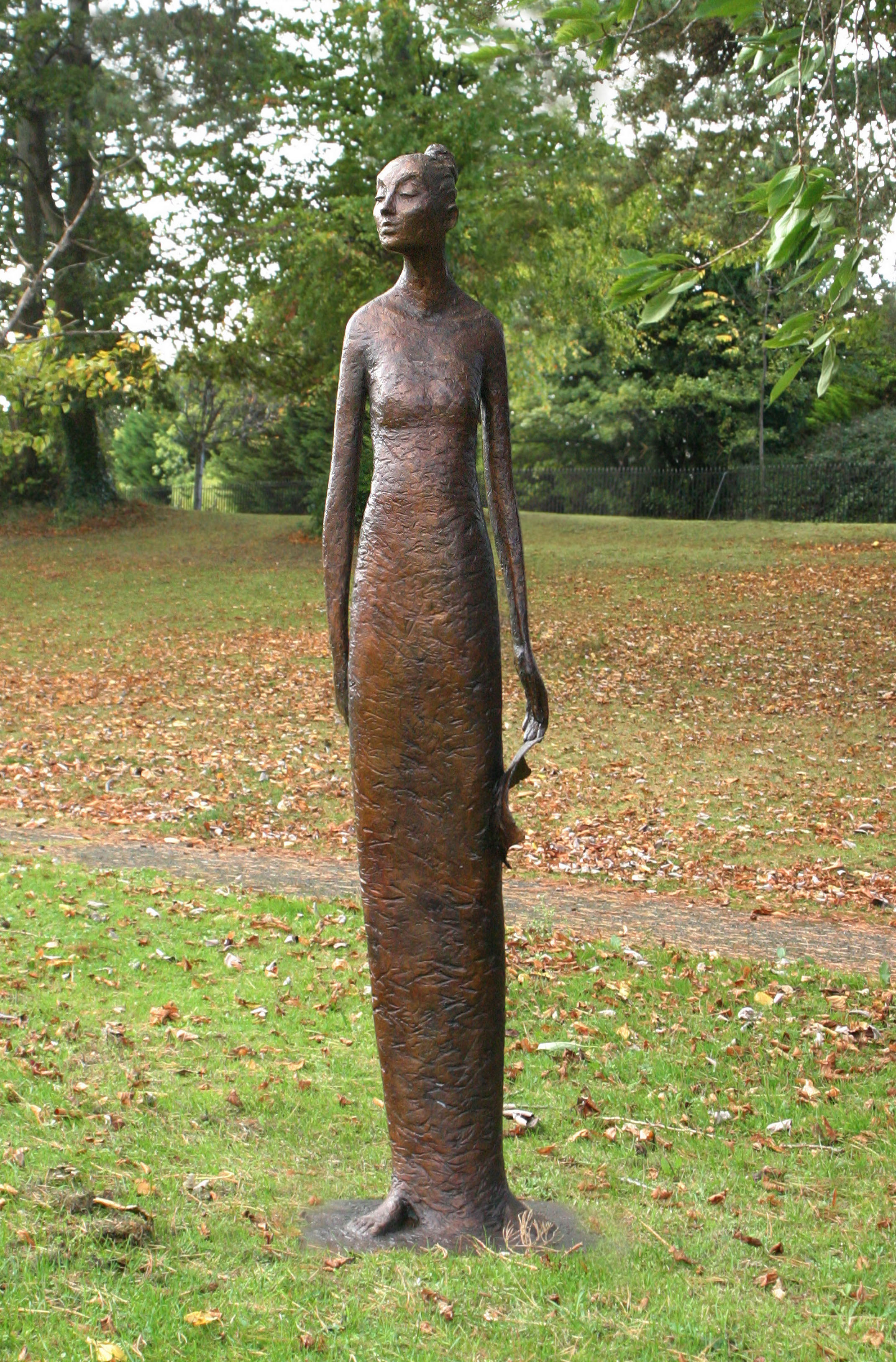 The Letter, a sculpture by Bob Quinn, one of the contemporary Irish sculptors in the exhibition.

When sourcing international works, Gormleys started by contacting museums and galleries with which they already had a relationship. One of these was the Dali Universe who contributed 14 pieces to the exhibition. Gormleys hopes showcasing these artists will provide “an opportunity to expose those artists to a new audience.” Gerard goes on to say that Gormleys is “probably the only gallery that’s showing artists of that nature in an Irish context.” 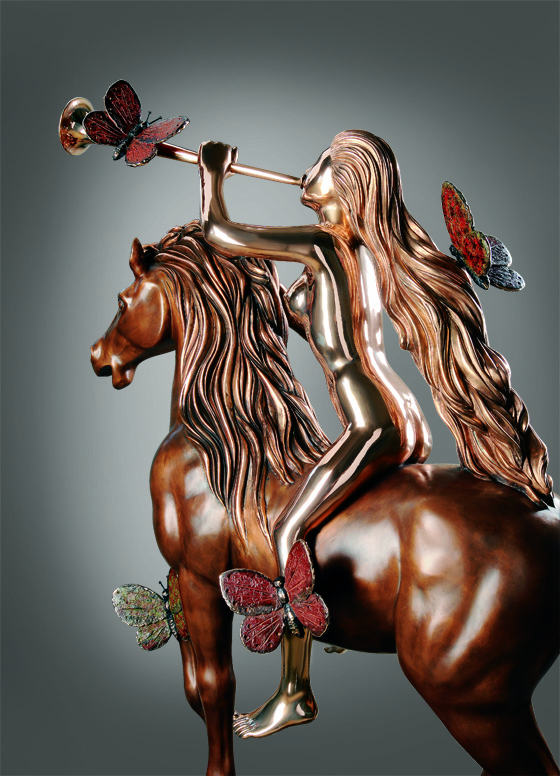 This reality increases the magnitude of the event. This is also, in Gerard’s estimation, Ireland’s largest sculpture exhibition. Add this to the rarity of so many works of such a large size being accessible to the public. Need another reason to go?

Gormleys and Culloden have collaborated to further make this display truly unforgettable. They have developed tourism packages that Gerard hopes will “offer something different to the people.” Visitors can book an overnight break that includes accommodation, a full Irish breakfast, and exhibit entry from £230 per room. Or, for £50 per person, one may attend Afternoon Tea with the inclusion of a curated tour of the exhibits. 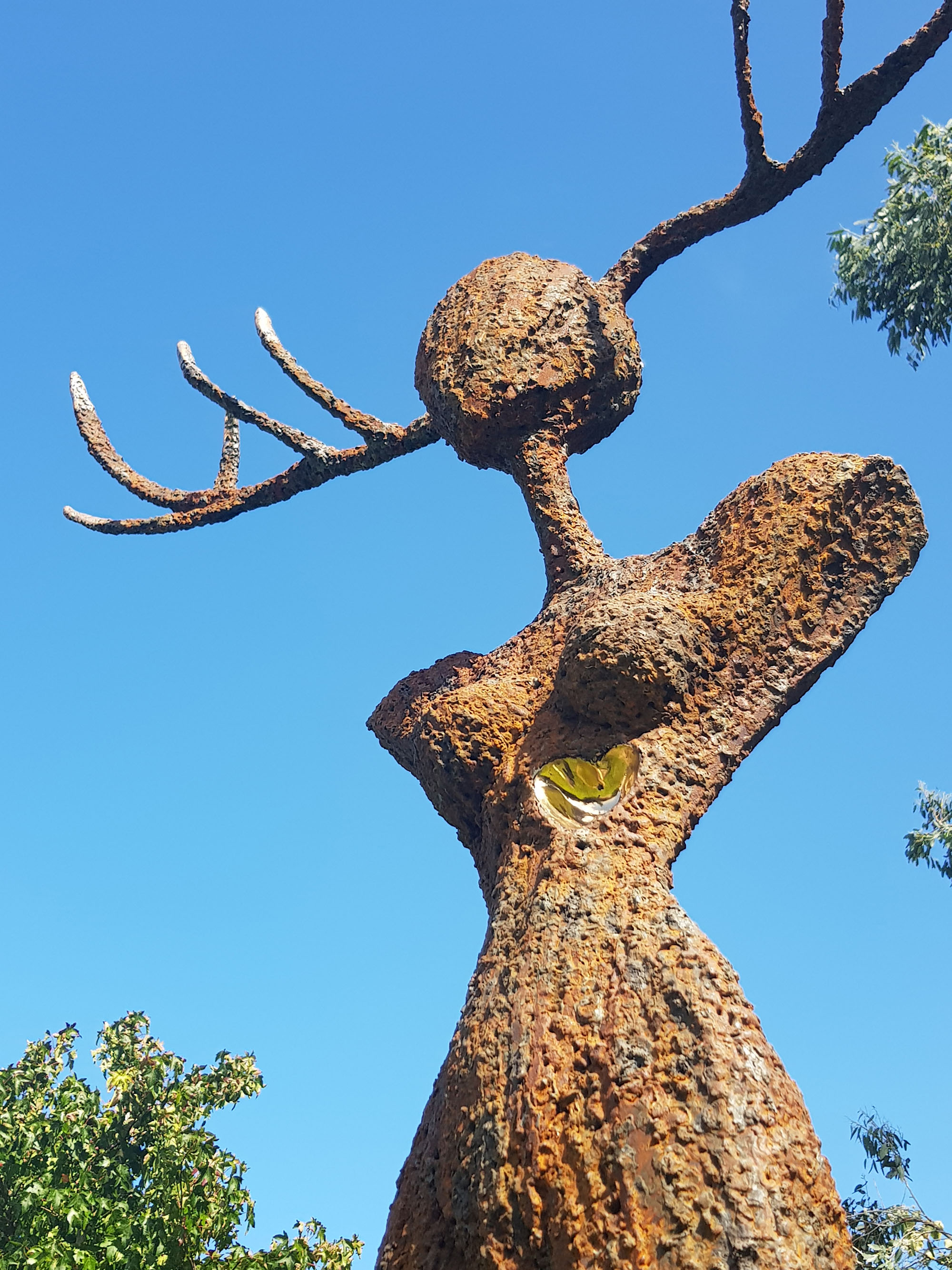 Orla de Brí’s bronze sculpture She Stag will feature at Art in the Garden.

Guided tours are available daily at 2pm, 4pm, and 6pm, free of charge. Those who would prefer a more leisurely stroll through the grounds and exhibit rooms “are welcome to attend at any stage” without cost. And for the art connoisseurs among us, everything in the exhibit is for sale through Gormleys Fine Art.

With so many exciting things in store for this event, we’re hoping time will stop, if only for a moment.