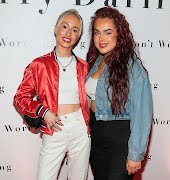 ‘My favourite part? Finally figuring out why the house would go on fire’

How does an Irish author make her visions of a face in the wall, a haunted house and those who linger behind its mystical walls into a beautifully compelling novel? It takes patience, perseverance and banishing any romanticised myths of the writer in the attic, explains Sarah Maria Griffin of her new book, ‘Other Words for Smoke.’

Griffin’s second novel, as with all her work, was perhaps unusually, written by hand. “I find it’s more honest,” she says of her process. And speaking of this process, which starts with an idea, or in Sarah’s case, an obsession with a vision, and then (eventually) becomes a physical book – it’s something she can’t give a step-by-step guide to, as it differs for every writer.

“The one thing I will say to people starting out, the most important is to finish the book first. Once you have a finished book, you have something they can read; something you can sell. The word ‘selling’ is almost seen as an ugly word if you’re a writer but it’s also the reality; you have to live – a manuscript helps if you’re approaching agents and trying to get the work seen.”

The Irish author first came to attention after publishing poetry and a series of essays – long before these collections had a resurgence in popularity as they have now – and soon after started writing books. It was she says, an usual route or ‘way in’ to the industry. “It was a wiggly way around – I feel like I snuck into the party through the kitchen and nobody realised I didn’t use the front door.”

It’s equally crucial, she says, to dispel the romanticised myth of the artist writing in the book alone in the attic. “So much of it happens alone, but then it’s about being in tandem, in conversations with other people, which many aren’t prepared for.”

“You need a coven of people who believe in you: a publicist who will see the thing you made as something worth putting in the world, an agent who will fight for you, and an editor who will go through your work and amplify your voice.”

In Other Words for Smoke, Sarah thought of her starting point alone – an unshakable vision; a face in the wall (which became an owl) before characters arrived around that. It started out as a labyrinth, a maze.

Reading the novel, a haunting and beautiful tale in which Mae and Rossa’s summer away from home becomes something extraordinary when they discover the house – and what lingers inside – its mystical elements are a highlight. The owl alone conjures Lynchian-esque imagery – Twin Peaks fans will spot the familiars straight away. Bobby and James are named after characters in the series, for example, thanks to a quote from Laura Palmer which “always rattles around my head.”

“I feel like I’m always trying to re-capture [Twin Peaks‘] colour palette; that unexplainable, unsettled feeling of dread and fear that I get from David Lynch’s work. I like that it’s up to you as the reader, to have to draw your own conclusions.”

“I get a bit of push back from being opaque in terms of my world building because, ideally, I want the reader to totally enjoy the mystery and the inexplicable. Because I feel things that we don’t see can be the most powerful in terms of generating fear and dread. I want the reader to travel through a moment – a feeling if nothing else. So, I know that my work can be frustrating – and I know it’s not just about pleasing myself, it’s about a conversation with the reader – but also, I’m okay with that,” she continued.

And her favourite part of the book?

“Without giving away any spoilers, my favourite part was when I figured out why the house went on fire. I knew the house was going to burn down – and it just happened the moment the fire started.”

Sarah joins many other female Irish authors who are now in a global spotlight for their work which challenges, enthrals and pushes boundaries.

“I’m just proud of all these incredible Irish writers; it’s really great to see their voices are being heard.” 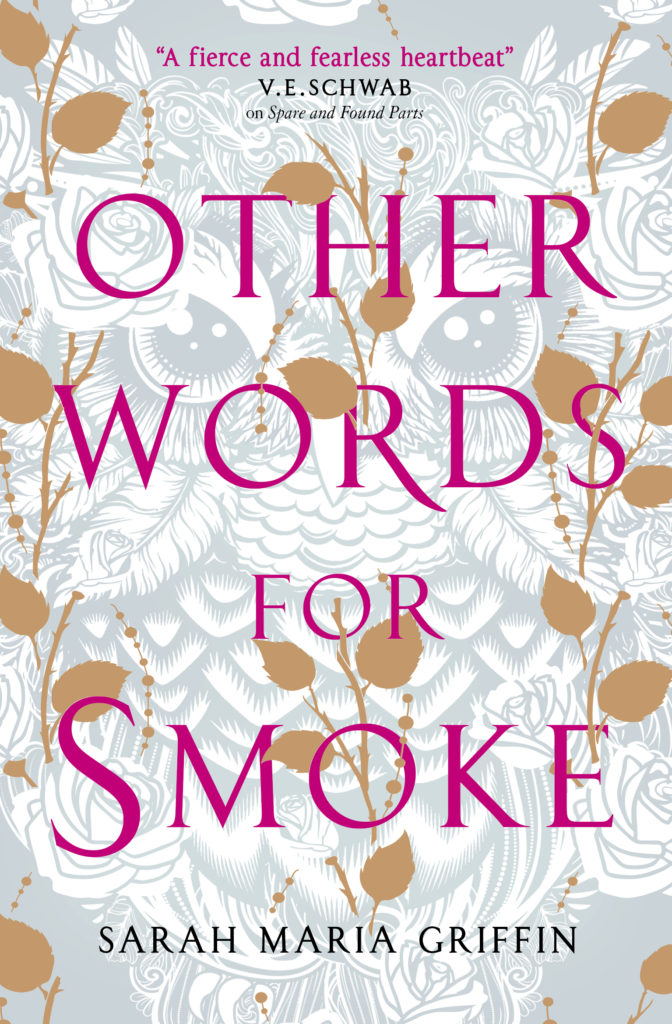 Other Words for Smoke by Sarah Maria Griffin (TitanBooks, approx €10.99) is out now