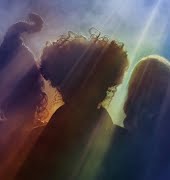 It is a necessary evil in the short-term, but transparency is key, writes Amanda Cassidy

Mandatory hotel quarantine isn’t straightforward. It is a massive removal of some of the liberties we’ve taken for granted before Covid. It is important not to lose sight of the extreme measures we are being asked to accept, all to protect public health, of course.

That’s not to say it isn’t warranted. The problem is that it is 12 months too late. The one-size-fits-all hasn’t yet taken into account vaccination benefits – as seen this week when a healthcare worker coming from Israel had to be quarantined for two weeks despite having been vaccinated and having a negative PCR test.

Exceptions can’t be made, some say. But why not?

A year into Covid, tweaking the systems that were landed on us in an emergency is exactly what we need in order to live alongside the virus. Besides, the government has already made exceptions; The UK isn’t on the list (despite the most dominant variant originating there).

If vaccinations don’t make a difference to MHQ, then what are the criteria for the removal of it? If it is there to protect against variants, at what point will the government consider such mandatory quarantine no longer necessary?

This legislation is serious. It is confining people and removing certain liberties. The risk must be worth it. After 10 people tested positive since the scheme began, it has been so far.

The responsibility to protect the health of the entire country is a huge priority, it doesn’t mean we can’t demand more sophistication in thefine print.

But now, as the Minister for Foreign Affairs Simon Coveney, and Minister for Transport Eamon Ryan imply that further EU countries will be added to the list, it is time to fine-tune such a blunt removal of the freedom of movement of mainly healthy people.

This evening at 8pm, the cabinet will hold an incorporeal meeting. It is understood the meeting was arranged due to increased concern about variants coming into the country.

Germany, France and Italy are among the countries identified as having variants of concern – the future of 13 other EU countries, where the incidence rate is two and a half times higher than here, will also be made more clear this evening.

We need transparency. We need clear criteria of how a country will be removed from the list. We need to continue to demand more from our politicians. We need to stop thinking all travel is frivolous.

This government has never had so much responsibility for how we live our lives. It is responsible for creating laws as basic as how far we can leave our own homes and if we are allowed to enter others.

These are unchartered waters. While the responsibility to protect the health of the entire country is the priority, it doesn’t mean we can’t demand more sophistication from the fine print.

MHQ is a decision described as “a temporary measure in the interest of public health” by the government this weekend.

Knowing the criteria behind how a country might be removed from a list isn’t too much to expect. Or how vaccine benefits might allow some to enjoy more freedom.

Staying safe and being socially responsible doesn’t mean we can’t question decisions made by our representatives. Some guided us well in the shock arrival of the pandemic, but there is a lot they got wrong along the way too.

In a world where TV personalities can mouth off misinformation on large platforms and spout conspiracy theories, it is more important than ever to seek the truth. Trusting the science and holding our leaders responsible shouldn’t be seen as an act of rebellion.

After all, these decisions are affecting our lives dramatically – our mental health, our financial situation, our family relationships.

Most of us are doing our part. It seems reasonable that the government does theirs with common sense and most of all, transparency.