On paper, Mary Queen of Scots has everything: two mesmerising female leads, lavish sets and costumes and a fascinating story arc. To have two queens vying for power at the same time was unheard of in that period of history and director Josie Rourke and screenwriter Beau Willimon (of House of Cards), conjure parallel courts in which the monarchs are trying to unite yet, more often than not, become pawns of entrenched male power.

Mary, still a teen and already a widow, returns from France as a vibrant, educated and modern woman in a rugged court determined to rule Scotland and be named as Elizabeth’s successor to the English throne.  She is young and youthful and it seems, unafraid of whatever fate will become of her reign. 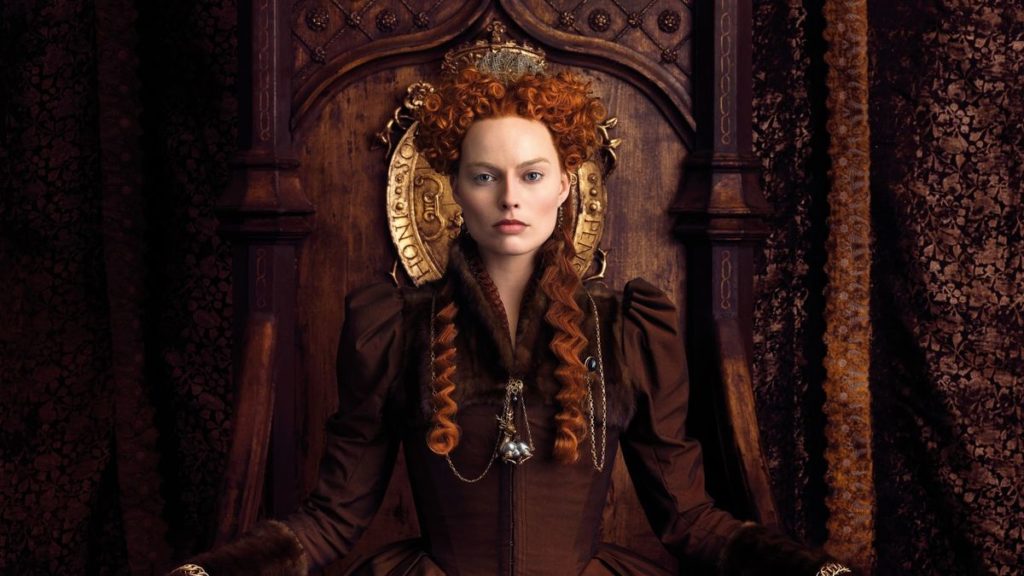 Each is the others foe

Meanwhile, in England, Elizabeth, a virgin queen who still struggles to find a husband and thus, produce an heir, dwells in a prison of a more lavish setting, suitable for her expanding empire. She has less freedom than Mary but has the power the young queen yearns for. The two rulers, joined by blood and separated by religion, want desperately to meet but each is the others foe; Elizabeth, daughter of Henry Tudor is a Protestant, her cousin Mary Stewart a Catholic. Ultimately, the men around them see to it that they shall never meet face-to-face – two queens united is far too big a threat to them.

Mary marries and has a child and Elizabeth at just 27, feels that her own youth passing as she becomes “more man than woman” in order to rule her kingdom. And it’s the performances of the always impeccable Saoirse Ronan as Mary and an emotionally wrought Margo Robbie as Queen Elizabeth who carry the film.

They are vibrant; Ronan soars in a role she seems destined to play, determined to bring justice to a queen famous for being held in a tower and getting her head chopped off.  Her accent is impeccable, her shining eyes defiant in almost every shot – it’s Ronan’s film and she knows it. However, much credit must be given to Robbie for her understated performance as a monarch who struggles and sacrifices all of herself for her rule. She’s still finding her feet (she has only been queen two years) but displays a more quiet strength.

Historical liberties are taken; the two seemingly never met in life but they do in the movie in one of its most powerful scenes. It’s not a perfect period piece; it feels more old-fashioned than it should, and at times is stilted; there’s not enough explained as the plots jump two and fro and more time could have been given to Elizabeth’s fraught steps to power. But it gets many things right – it’s a spirited film (and sexy too) and it tries to defy and push modern boundaries in many ways – even down to the period blood we see on screen – something the director fought to keep in.

Don’t go for the history (it’s a little too lax), but do watch it for the two mesmerising queens who, as it was then, deserve much more credit for all they have done.

Mary Queen of Scots is in cinemas from Friday, January 18