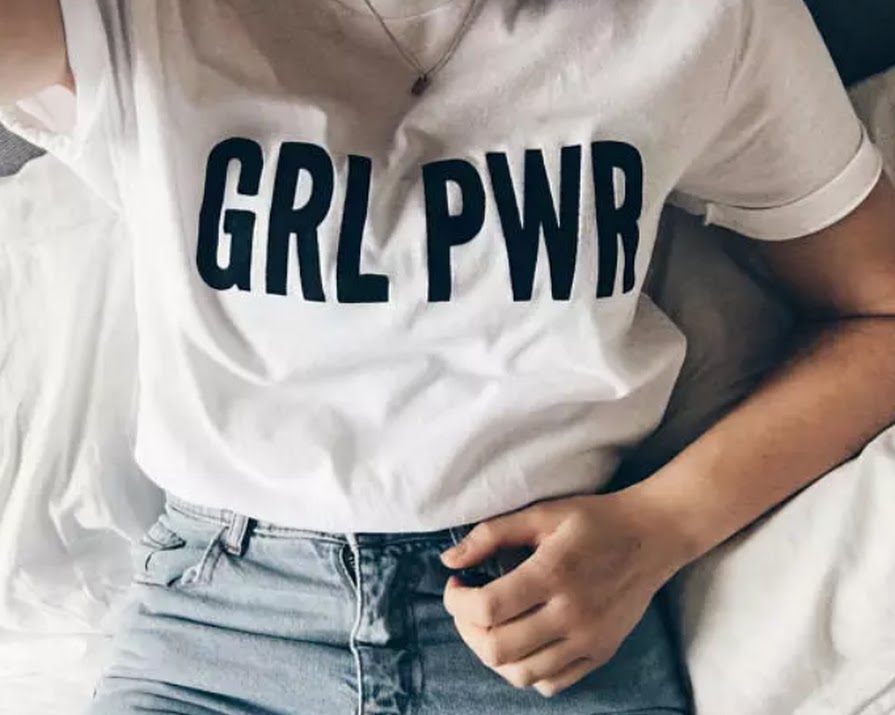 ‘Femertising’ is big business. Brands are increasingly taking advantage of the mobilisation of the millions now championing women’s issues. But such empowering rhetoric from advertisers might not always mean real progress to gender equality.

Some attribute it to growing celebrity awareness, the recent #MeToo movement, or the women’s pink marches (why are we still defining ourselves by bubblegum pink?) after President Trump got elected, but either way, the era of chauvinism is on its way out.

No one understands this more than brands. Adland has fallen in love with the concept of getting behind a cause. In fact, the entire advertising industry has been ‘having a moment’. The danger is, of course, that such marketplace feminism is stealing the limelight from real female-driven issues.

Brands understand that women were no longer buying into becoming aspirational versions of themselves. LikeAGirl and RealWomen campaigns (aren’t we all real?) were born. They encouraged us to throw off the stereotypical barriers of our gender and to embrace everything that makes being a girl, great. They started selling us back our confidence and strength and we lapped it up as quickly as they raked it in.

A mainstream high street brand began a fashion collaboration that saw denim jackets emblazoned with the badass slogan ‘Cats against catcalling’ – a nod to the everyday sexism experienced by many.

Many applauded this bold fashion statement but let’s not forget that clothes are commodities that teen girls are spending their pocket money on. Is this a true symbol of feminism and progress or just a really good way to sell products?

We’ve seen this before. Brands jumping on the bandwagon with a message that is more opportunistic than altruistic. It even has a name – mission marketing. Poor old Kendall Jenner was hung out to dry when Pepsi’s Live For Now campaign launched a few years ago. Jenner played a model (shock) who ditches a shoot, mid-lipstick application, to lead a rally protesting for a Very Important Cause.

The problem was that Pepsi never explained what that cause was, they never actually committed to this social awareness and ultimately the campaign was pulled because it fell so flat. People saw it for what it really was- a commodification of protest imagery for financial gain and a total disconnect to their audience.

Marketers know that women have most of the spending power. A recent report by Goldman Sachs shows that women influence up to 80% of consumer spending. Over 70% of us identify ourselves as the main shoppers in our households. It also found that over a lifetime, the average US woman spends about €120,000 on clothes, accessories and beauty products (and if you saw my wardrobe, you would know it is the same here too).

In an interview with the Telegraph, marketing expert, Karen Blacknet says she believes we need to reach a place where the ‘women’s angle’ isn’t so blatant. “We need to see a move away from ‘feminist ads’ to a place where all adverts have an inherently female viewpoint. We need to normalise the experience of being a woman in advertising.”

Of course, many of us buy into it because it makes us feel good. We like to show our support by wearing t-shirts with social messages and to buy products that boost our self-esteem; to fit in, to stand out; to make a statement, to express creativity – and there’s nothing wrong with that. But, as the consumer, you are representing that moment when activism meets capitalism and they are not always compatible. Which came first, the movement or the t-shirt about the movement?

The problem too is that often it comes across as completely contrived. Like when Karl Lagerfeld sent his models down the runway holding signs that read ‘feminist but feminine.’ It was hard not to cringe. Similarly, it is hard to see how having soft moisturised skin is going to further global equality. Maybe we need to stop pretending that it will.

Do we care that many of these brands are exploiting our insecurities in the guise of social improvement?

The hard sell has been pinkwashed, and the question is, do we care that many of these brands are exploiting our insecurities in the guise of social improvement? Are we too caught up in the heartwarming, community spirit of it all to realise we are still being sold to?

Maybe none of that matters as long as we are speaking the language of body positivity, activism and women’s rights. But the idea of putting those ideas into the marketplace and selling them off still leaves a bad taste in my mouth.

Read more: How one speech brought feminism to the masses