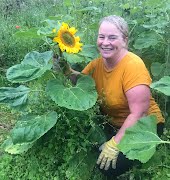 Leaving Cert set to be cancelled, replaced with ‘predicted’ grades

Reports circulating on Thursday evening say the Leaving Cert in its traditional form will be cancelled for 2020, with a new grade system temporarily used instead

Leaving Cert exams are set to be cancelled and replaced with an alternative predicted grading system or “Plan B” in which students will be awarded points or grades based on students’ classwork, according to reports.

In what would be the first time an alternate exam option has occurred, these grades would be based on their performance in school.

It is believed this will be announced under plans that are set to go before the Cabinet on Friday.

The news comes as the Chief Medical Officer Dr Tony Holohan said on Thursday that Ireland had been very effective in “suppressing the virus” so that hospitals would not be overwhelmed.

But as plans to slowly ease out of lockdown are to be introduced, however, there are concerns that by proceeding with exams happening in the window of June to July 29, as initially proposed in response to the pandemic, there is still no guarantee that written examinations could go ahead safely.

According to the Irish Times, under the draft plan, students’ grades would be based on a combination of their class rankings and performance in previous exams and assessments, in a process overseen by school principals and senior management.

However, it has also been reported that students unhappy with the grades awarded can challenge them, with the option of sitting written exams at a much later date.

Further details are still being discussed.

The news comes as parents and students have faced uncertainty on the Leaving Cert since the Covid-19 outbreak began. Taoiseach Leo Varadkar agreed this week that the growing uncertainty over the exams was a source of “enormous stress” for households and that he wanted to have reached a decision on it by the end of the week.

“If it is cancelled we must make sure that we can put in place an alternative which would be fair, which is extremely difficult,” he said of the potential move.

The Ombudsman for Children Dr Niall Muldoon told Newstalk his office has received a large number of complaints, amid continuing uncertainty surrounding the Leaving Certificate exams.

“Parents and students have raised concern about the impact that the disruption may have on those who are already vulnerable; children suffering from anxiety, depression, eating disorders or those who are victims of abuse,” he said.

He also explained that the unknown regarding the Leaving Cert has added undue pressure to families who have no end goal in sight to work towards now that exams likely won’t go ahead by end of June. This pressure he said, couldn’t continue for the next two months.

“Families are suffering from financial strain; some students are concerned the funds will not be there to support them if they do get to college and some students are trying to study with other siblings in the house and parents working from home.”