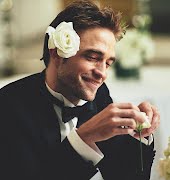 Justin Timberlake and the art of the public celebrity apology

Singer/actor Justin Timberlake is far from the first celebrity to publically apologise to his partner, but public apologies are tricky business and hard to get right, says Jennifer McShane

Justin Timberlake has issued a public apology to Jessica Biel, his wife of seven years, after he was seen holding hands with Palmer co-star Alisha Wainwright during a night out in New Orleans, where they are shooting the upcoming film.

“I stay away from gossip as much as I can, but for my family, I feel it is important to address recent rumours that are hurting the people I love,” Timberlake wrote in a message he posted to Instagram over a week after The Sun published footage of his interaction with Wainwright.

He continued: “A few weeks ago I displayed a strong lapse in judgment — but let me be clear — nothing happened between me and my co-star. I drank way too much that night and I regret my behaviour. I should have known better.

“This is not the example I want to set for my son. I apologize to my amazing wife and family for putting them through such an embarrassing situation, and I am focused on being the best husband and father I can be. This was not that.”

There are good celebrity apologies and bad ones, but what makes a good apology? And what are apologies, especially when they come from highly powerful people, actually for? To keep profiles up? To maintain a reputation? The question seems to hover over the pop culture landscape in that celebrities frequently find themselves in the position of contrition and having to navigate expressing this in strategic, very public ways.

Related: Have we lost sight of what a real apology should be?

Timberlake is a prime example. His words seem genuine-ish, but there comes the grey area when saying sorry if there was genuinely no harm done to the relationship, in this case. Is there a real need to publically ask forgiveness and spout your devotion for your partner? Apart from some PR – and the inevitable spotlight on the relationship in question – there seems little gained, apart from a personal boost and maintaining of his image.

It’s action, not words that make up a genuine apology, so it’s increasingly difficult to take any curated celebrity ‘sorrys’ as genuine.

We’ve seen similar in the past, namely when Kristen Stewart had a fling with director Rupert Sanders while still in a relationship with her Twilight co-star Robert Pattinson. What is more telling is how each apology is perceived by the press. Timberlake hasn’t received much blow-back as yet whereas Stewert made headlines for committing “career suicide” with her “grovelling, cringy” PR disaster.

Related: Lady Gaga gives Kevin Hart a lesson in the art of apology

Some get it right. Lady Gaga’s strategy of listen, learn and apologise when she addressed the R Kelly controversy showed that often it’s simple and effective measures that are most effective – as opposed to those that are not-so-subtly made to save your own skin.