Is This Why Gwen Stefani And Gavin Rossdale Broke Up?

Remember when Gwen Stefani and Gavin Rossdale announced to the world last August they were divorcing after 13 years together and we were all like this is actually really mature and adult? Well…

Us Weekly is claiming Rossdale had a three-year long affair with the couple’s Australian nanny. Allegedly, the affair came to light when Gwen came across explicit messages, including nude images, on the family iPad. THE FAMILY IPAD. Another nanny alerted her to the messages, thus setting the celebrity dominos off. This is what happens when you sync all your devices and you’re having an affair with staff. Do Hollywood divorce lawyers have a Sacred Heart-esque shrine to Steve Jobs in their offices at this stage?

The nanny was reportedly let go but Gwen and Gavin’s marriage hung in there for a while. Gavin maintained it was merely a flirtation that got out of hand but then changed his tune and now the couple are divorcing. In recent weeks, the No Doubt frontwoman released a new single, the searing and suggestive Used To Love You. She’s spoken about her upcoming solo album to press and has flat-out admitted it is a break-up record. 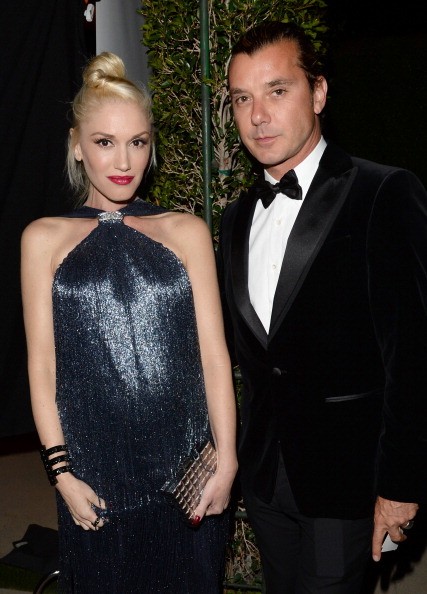 She’s also moved on romantically and is seeing her co-judge on The Voice, country music singer Blake Shelton.

Meanwhile, the nanny’s pals have come to her defence, claiming all the headlines are a pack of lies. So we’ll have to see all this unearthing of private relationships play out in public.

In conclusion, it’s all very sordid. The Daily Mail are reporting that Gavin left Gwen in hospital following the birth of their third son Apollo last year to meet his nanny lover and everyone’s heart goes out to Gwen. Which is fortunate because she has an album coming out.