Did you think you were going to be a singer growing up?

Not really. I always had a love of singing, but I went through wanting to be a vet and then an actress and finally settled on singing when I got into a band with a few friends. I remember doing our first gig and even though I was probably more nervous than I have ever been, I still got the bug right there and then.

You lived in Scotland for some time before returning to Ireland and setting up HamsandwicH. Do you miss that country at all?

Yeah, I do miss it sometimes. My Mam still lives there with my brother, so I miss them obviously. Glasgow is such a beautiful city and the people are just the best. And you can’t get a pizza supper and a glass bottle of Irn Bru over here!


Being an artist can be a financially precarious choice. Do you think the government could be doing more to help musicians? What sort of schemes / policies would you like to see introduced?

Yes, definitely. We have such a huge creative, artistic, musical country, yet there is very little support for musicians. ?One change I would love to see is an end of musicians playing gigs for free. So many young bands do gigs for exposure and wouldn’t even get 20 quid expenses, and I’d love to see a step forward to change that mentality. A few great people in Dublin have really taken to paying musicians and it’s wonderful, but it needs to spread far and wide.

You’ve played Glastonbury and Other Voices in your time. Do you have one stand out gig that still brings a grin to your face?

There are just so many gigs that come to mind, it’s very hard to pick just one! One that sticks out though is a gig we did in the Body&Soul area of Electric Picnic in 2012. And at the end my little sister got up on the stage with me and sang Ants. My Dad was crying, I was crying, most of the audience was crying. It was just such a magical moment for everyone. She got up again with me in 2014, in a tent in front of about 6,000 people and she absolutely killed it. She was a bit older then and had loads more confidence and I was so proud. 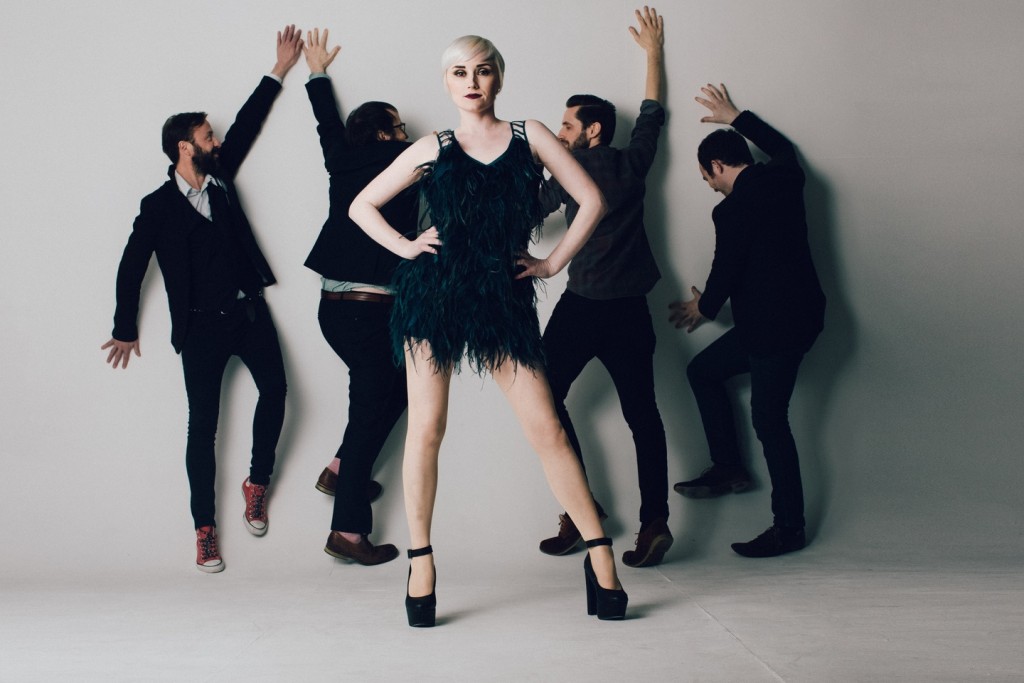 You posed partially nude on the cover of Hot Press for their 900th issue last March. Six months on, what are your thoughts on that decision?

I loved doing it. It was a very nerve wrecking thing to say yes to but I knew I had to do it. You only get one chance to say yes to things like this and I just couldn’t let the opportunity pass. On the day of the shoot I was really worried about being mostly naked but Kathrin the photographer was awesome and we ended up having such a laugh and I was totally at ease.

What’s the best part of being a musician?

Playing live. I just love doing gigs. I still get nerves before every single one of them and I don’t think I’ll ever stop enjoying singing for people. Also every HamsandwicH gig is a bit of madness so you never know what’s going to happen.

And the worst? Some have said to me touring and a diet of petrol station lunches can be grim.

Soundchecks. I absolutely hate doing them! And I know they have to be done to get the sound right, but sometimes they go on for too long, people start getting frustrated with one another and it comes to a point where someone says enough. I don’t think I’ve ever enjoyed doing a soundcheck.

You’re in a band with a bunch of guys, how does that dynamic work day-to-day?

It’s weird, but I don’t really see us as loads of males and one female. We all just sort of mould into this one big bunch of people. We all laugh and argue regardless of gender.

Also, to be in a band for well over a decade, you must have learned some good people skills. What’s your advice for working with a team?

Listen to every idea and then be honest about what you think. We used to be afraid to be honest with each other when the band started, but as the years go on you quickly get to learn that that’s the least helpful thing you can be doing. And always have a majority rules when voting on band stuff. Trust me. It saves days of emails going back and forth.

I recently had a King crisp sandwich with some applewood smoked cheese on it and it was one of the most incredible sandwiches I’ve ever tasted. Go try it immediately.

Culture Night 2015 takes place on Friday 18th September. On the night over 1,500 venues of all shapes and sizes in 41 towns, cities and regions around the country will throw their doors wide for an inspiring blend of free talks, workshops, performances, exhibition and tours. Niamh is an official ambassador for Culture Night 2015 and on the night will be reading an extract from Donal Ryan’s The Spinning Heart in Lilliput Press, Stoneybatter. The full Culture Night programme is available to view on www.culturenight.ie