‘I want to keep my tools sharp’: Genevieve O’Reilly on Tolkien, Tin Star and age-appropriate roles

Be it a film set in a distant galaxy, an action-packed venture on a smaller screen or expressing an emotional rawness on stage, Irish actress Genevieve O’Reilly can do it all. She spoke to Jennifer McShane about her role in new biopic Tolkien, working across different mediums and keeping more women front and centre in a post-#MeToo world

Genevieve O’Reilly laughs away my apologies for our early morning interview; her children mean she’s been up and at it well before our chat. We’re here to talk all things Tolkien; the new film which explores the formative years of the renowned author’s life as he finds friendship, courage and inspiration among a fellow group of writers and artists at school – all of which sows the seeds for his becoming the most revered fantasy writer of all time.

It’s a movie which intrigues; Nicholas Hoult takes the lead of J.R.R Tolkien with Lily Collins playing his beloved wife – and inspiration for the female elves of Middle Earth – Edith. Fans of the writer will undoubtedly love the links to what would become the Hobbit and Lord of the Rings, but it’s the undercurrent of friendship and fellowship which gives it a distinct warmth.

O’Reilly is, as ever, luminous on screen; effortlessly projecting a delicate fragility befitting of her character and a central scene in the film.

She expresses delight at my having seen the movie first – she hadn’t seen it yet – and even more so when I voice my enjoyment of it and her part overall. “It’s always a lovely experience to watch the final thing as a completed project, it’s so different from the experience you have filming as an actor. I’m so glad it all looked well because the costumes were so beautiful and ornate; very of the period but I remember saying, ‘Oh come on, could I not even have a lick of mascara?” she says, laughing. 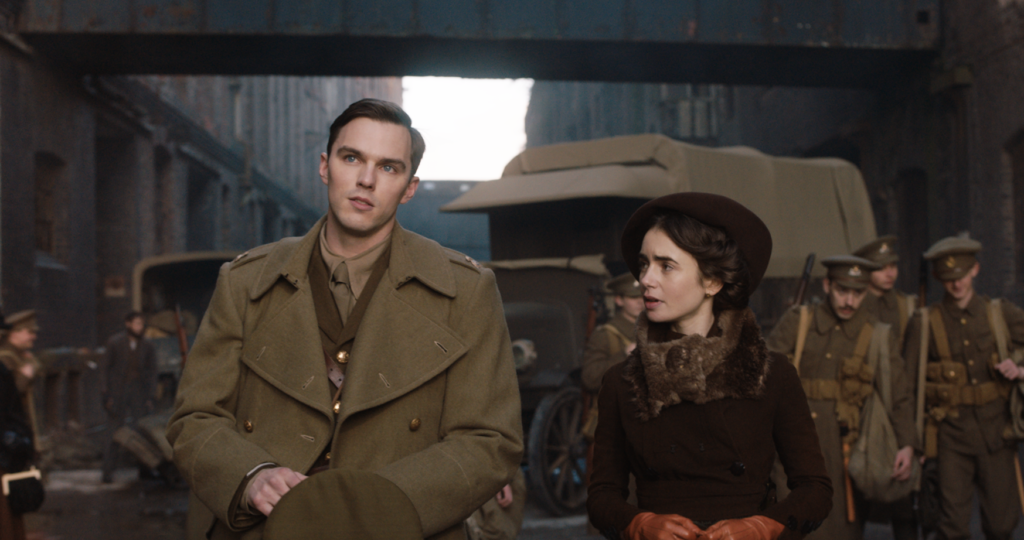 “Straight away because of the interest we have in his work, I saw the title of the film and it instantly sparked a fire within me,” she explained of her interest in the project. “Of course I wanted to know more about the human behind the amazing mind who could create such a magical kingdom.”

“It’s a genuinely lovely story, one full of humanity. I didn’t think that the writers were trying any tricks, it was just a great story, really well told”

From TV, to stage and the big screen, O’Reilly chooses her projects to keep “her tools sharp” as she says, working on either medium but is frequently inspired by those around her, seeking to work with others who will elevate her own craft. “I’m inspired by people who are dedicated to creating great work,” she continues, praising Hoult for his generosity and passion in the titular role. He did, she said, make filming a key scene for her character a truly memorable experience. 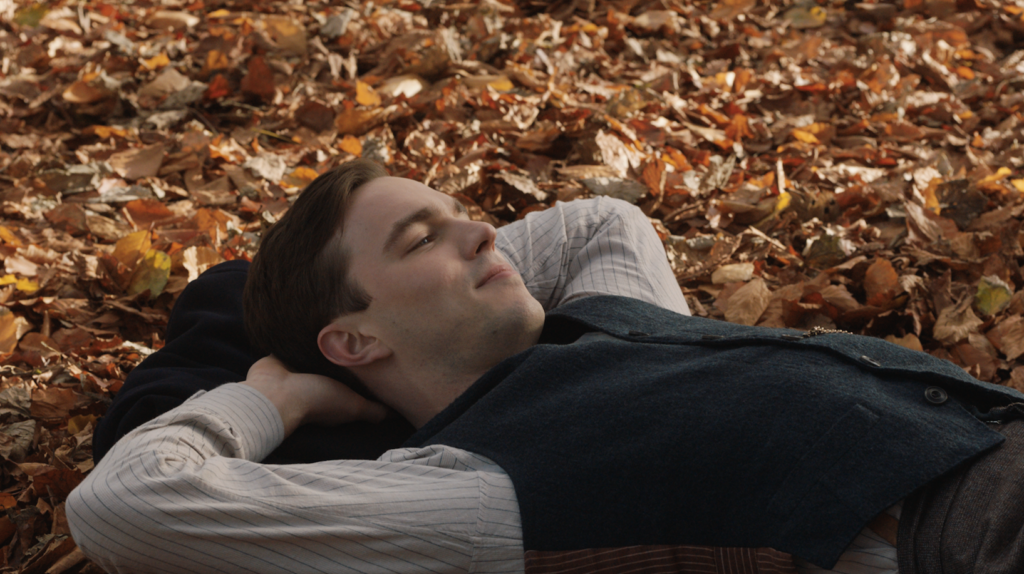 “I remember that day so well, she recalled. “It was a really long, but a beautiful day – one of those precious memories. And it was just myself and Nicholas and one which was emotional – we had to really just dive in. It was lovely to share that with him.”

The Dublin-born, London-based actress is known for her versatility, at home on an epic Star Wars film set or in an action-packed revenge thriller. She happily indulges me more than a moment to gush about Sky Atlantic’s hit series Tin Star, in which she plays Angela, the wife of Tarantino-favourite Tim Roth as the family seeks a new life away from his dark past. She comes into her own as the series progresses and soon they’ll film its third and final season. 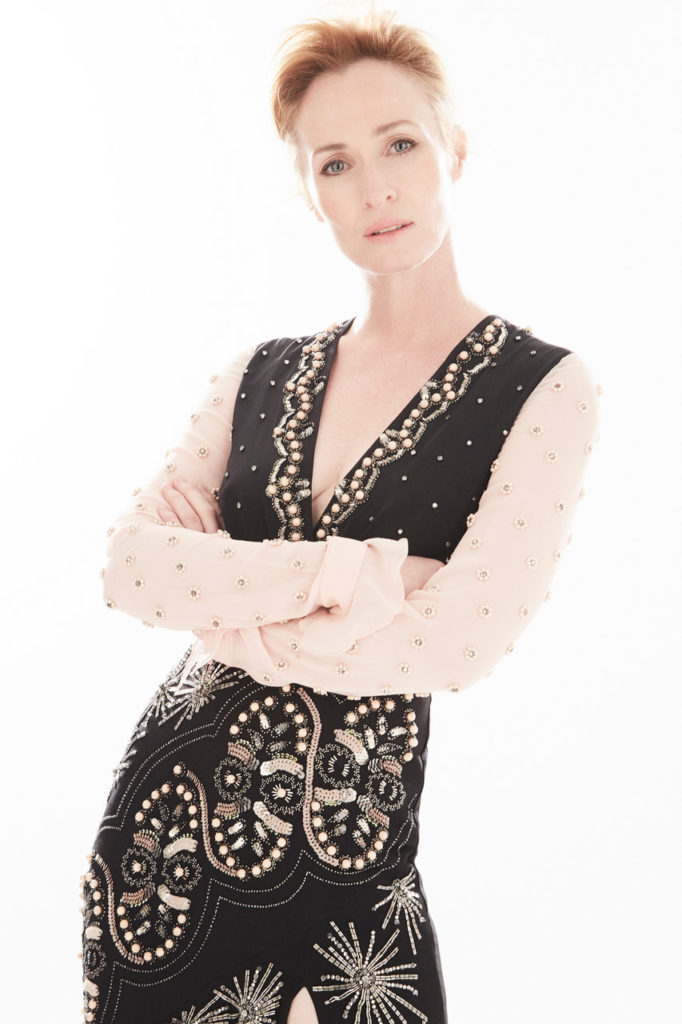 There’s a different rhythm to the series, she explains, each requiring a different set of tools having filmed for months with the same set of actors – a process which differed from her role in Jez Butterworth’s Derry-set The Ferryman. Directed by Sam Mendes, the lauded stage production has just been nominated for nine Tony Awards – and O’Reilly’s performance as Mary Carney in the play’s original run was particularly praised.  “No matter the project, everything I do is collaborative. You’re a piece of the puzzle which will hopefully elevate the work.”

“I want to keep myself on my toes; to keep my tools sharp in each of those mediums”

In terms of elevation, she says the #MeToo movement has opened up a conversation and ensured that women’s stories are getting told and heard. “It’s about women, for women, by brilliant women and a conversation that we just need to keep having.”

I mention Olivia Coleman’s upcoming role in The Crown as an example of gears getting shifted; rather than use Claire Foy in heavy makeup to play Queen Elizabeth II at a later stage in her life, they’ve hired an actress befitting to that role as  she reaches a new stage – we’re no longer simply seeing 20-year-olds play, for example, 40-plus roles.

“Audiences are very savvy,” O’Reilly continues. “When you see an older woman on screen, I think it’s audiences who are creating the channel – giving their click – for studios and television production groups to fill.  Women want to see women of differing and older ages in roles. We want to see ourselves reflected in what we’re watching. It’s why we must have diversity on screen; we need to see people of different ages, ethnicities, of colour.”

Tolkien is in Irish cinemas from May 3