I experienced the same kind of physical intimidation to which women are subjected every day. It was eye-opening 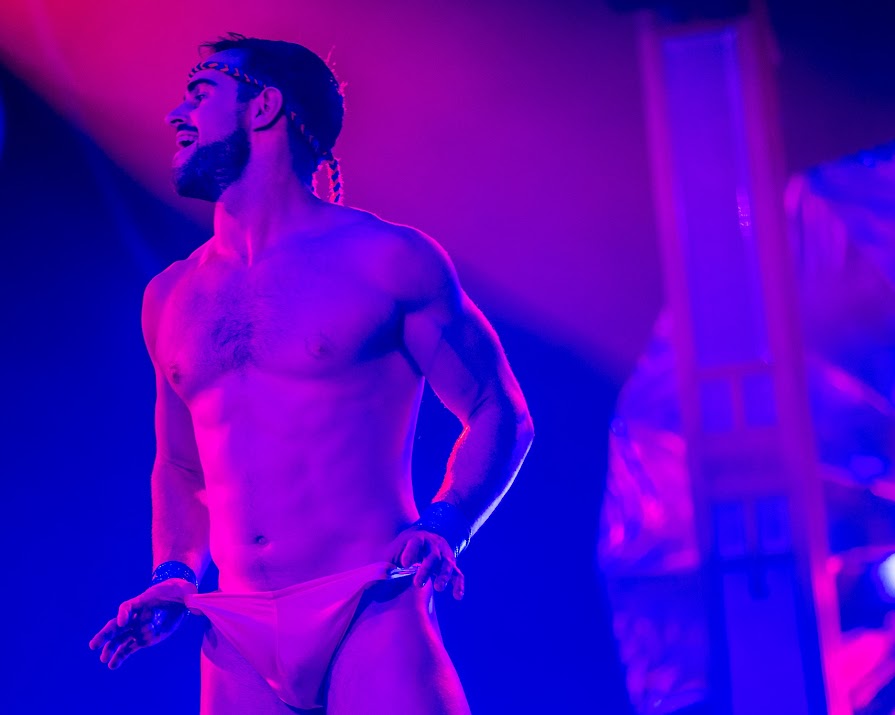 Ronan Brady was an inter-county footballer who joined the circus and went on to become a physical performer, aerialist and hoop artist internationally recognised for his expertise in the Cyr Wheel. In this extract from his memoir Worlds Apart: An Alternative Journey to Becoming a Modern Man he reflects on the inappropriate behaviour he has experienced backstage

It could be a hand on your arm, or your hip, that slides down to your ass. Or it could be being taken by the waist and hauled away from your group of friends, away from your support, over to meet a new group of people whereby you’d be introduced as ‘his’. It wasn’t that they were being threatening or aggressive in a confrontational sense, it was that they were trying to take control, and they were doing it in a way that I hadn’t consented to or indicated would be okay.

The first tool I learned to rebuffing this was language. Again. Language. That tricky devil.

The language I formed around this was almost embarrassingly stark for what I was used to.

Excuse me, can you take your hands off me please. Or. I’m really not comfortable with what you’re doing. Can you stop that, please? Or. I’m not so eager to meet your friends now because of the way you’ve approached me.

What my inner voice really wanted me to say was, in no uncertain terms, get your fucking hands off me. And I couldn’t say that. I didn’t trust myself.

It all sounded so juvenile to my ears. It was cringeworthy stuff. Being this abrupt not only felt rude, it felt violent, like I was the one who was radically out of line, which did nothing to assuage the doubts I had about my own attitudes towards homosexuality. Because, even in that, those phrases that I learned to deliver seemed almost too polite compared to what

By and large, these phrases would work. The other guy would step back and apologise and that would be that, boundary laid, and limits respected. But occasionally it wouldn’t. I would say my piece and the offending person would step back, throw up a hand, utter an apology, all smiles and consolations. But very quickly the hand would be back, on my arm or my hip or my ass, and the cycle would repeat. Worse than a fly hovering around dogshit, it would just buzz and buzz and buzz until it got its fill.

What, I asked myself, was I supposed to do then? My social upbringing had led me to believe that this sort of invasive and persistent behaviour from a man was nothing short of outright provocation, which should and probably would lead us towards a physical altercation. 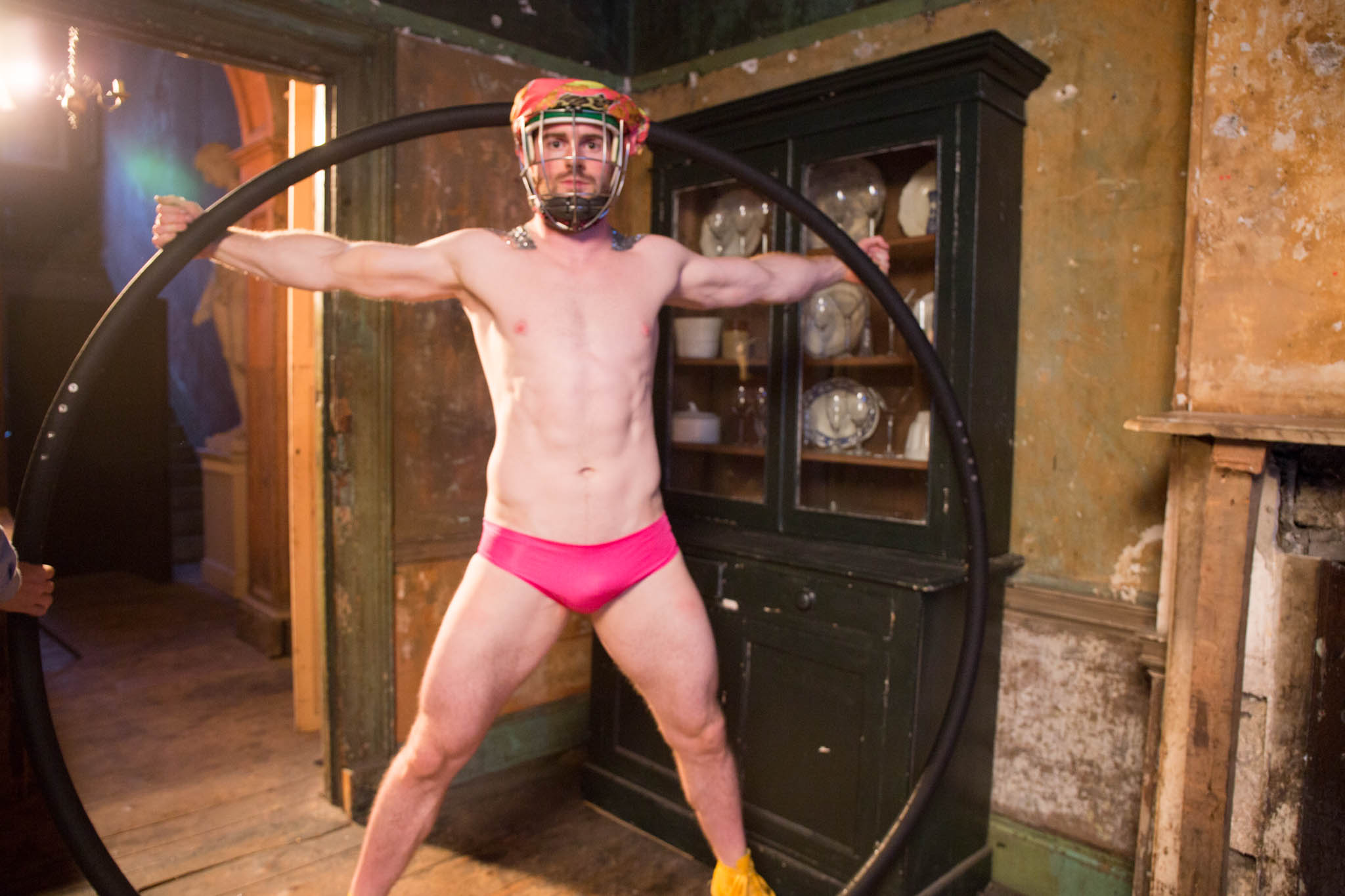 That’s what I had to learn to deal with, both internally and externally. I was forced into a position of confrontation with myself. I was now not only having to address the biases that I had internalised from my upbringing regarding homosexuality, I was also in a place whereby I was experiencing the same kind of physical intimidation to which women are subjected every day in almost every aspect of life, and it was eye-opening.

Again, it comes down to language reinforcing a male and straight status quo.

I’m not particularly tall or particularly bulky, but I am strong. I can hold my own. If things get physical I will be able to give an account of myself, even in those situations where I might be overmatched. But the same is not true for many women, who find themselves cornered by someone who is making them feel physically uncomfortable. They are in a position whereby, if things go bad – and I mean the not-rare-enough occasions where it goes criminally bad – there might not be anything they can do about it. That must be bone-chillingly scary, but it is the fear that so many women are burdened with.

And, as if things weren’t bloody difficult enough from a female’s point of view, there’s also the bitch factor. When I say,‘Please stop that’, I’m running the risk of being rude or confrontational. When a woman says it, she’s running the risk of being labelled ‘a bitch’, which is a tag designed to attach itself to someone and follow them around. A bitch is a social pariah. Bitchiness is vicious and unreasonable. It is a term built to cast assertiveness in women as a negative, as something to be avoided and exposed.

Again, it comes down to language reinforcing a male and straight status quo. Gay as a negative. Female assertiveness as bitchiness.

One peculiar thing about these post-show interactions (of which the vast majority were entirely excellent in nature and experience, so please don’t misinterpret this as me portraying the after-show world as a gauntlet of sexual harassment: it wasn’t and isn’t) was that the possessive, handsy behaviour was not confined solely to men. 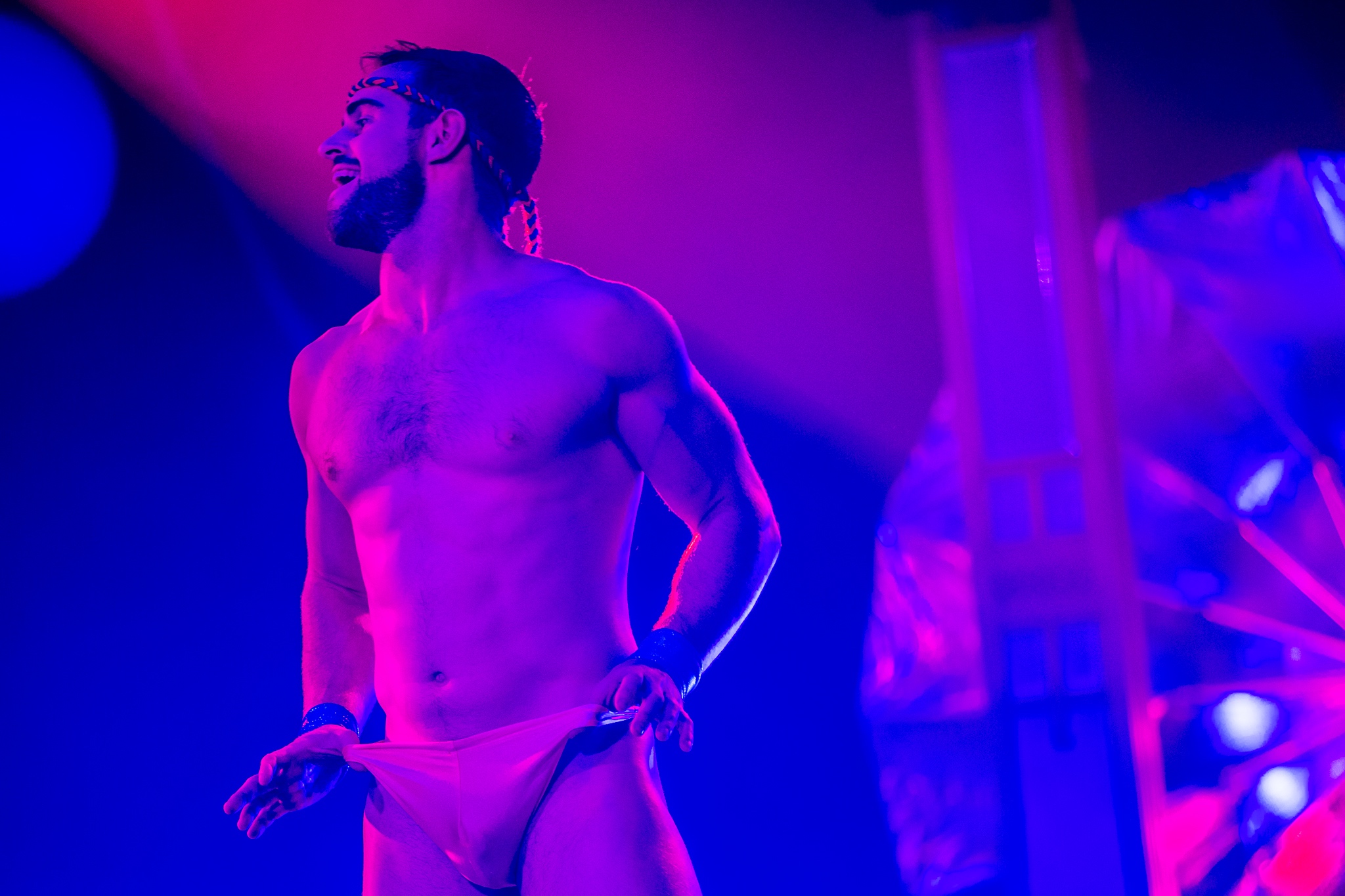 Once again, because I presented myself in the show as a hyper-sexualised, striptease character, some women would confuse the performed character with my actual self, assuming or presuming that one bled into the other, and so it was okay to treat me differently from how they might treat someone else.

This would generally manifest itself as a freedom to lift up my shirt and rub my abs or squeeze my bicep or, same as the dudes, grab my ass. It would often happen in social circles: a group of us would be standing in a pub or a club whereby the woman in question may have been a friend of cast and crew and would do this in front of everyone.

I felt conflicted because if the situation were to be reversed, and I were to stroke her stomach, then it would be a huge deal, and rightly so

Liking flirtatious attention does not mean that I am overly fond of being groped by a person of any gender, and I’m sure my partner Michelle would be too chill about it either. But I often felt caught by it. Frozen. It would leave me flummoxed as to what to do. Because in not saying anything I felt hypocritical against what I would have done should it have been a man in place of a woman.

But also, I felt conflicted because if the situation were to be reversed, and I were to stroke her stomach, then it would be a huge deal, and rightly so. Most importantly, perhaps, was the reaction, or lack thereof, from everyone else. There I’d be, surrounded by people I knew, liked and trusted, and none of them would say anything while whomever it may be would lift my shirt and stroke my abs.

I would be like, ‘Are ye not seeing this?’ And of course, they hadn’t.

A bit of banter

You begin to understand the nature of inappropriate behaviour, how insidious it is, how it belittles and diminishes people, how it invades attitudes almost by stealth, masquera-
ding beneath the cover of dismissal.

Ah, it’s only a compliment. Ah, it’s only a joke. Ah, it’s only a bit of banter. And yes, it is banter. And yes, it is a joke. But that doesn’t mean that it’s not inappropriate or that it’s cool.
It’s true that the content of the show Riot was important in helping me challenge the more problematic things about myself, but in many ways it was the culture that surrounded the production, the attitudes of the people involved, the things they did and the lives they led that did more to aid my self-development than anything else.

Read more: ‘Don’t feel guilty for being white – do something with it’ Dr Ebun Joseph speaks out