How to save a marriage after 10 years, two kids, multiple miscarriages and redundancies

Anna Whitehouse (aka Mother Pukka) will be in conversation with Dominique McMullan this Friday, April 24th at 8pm on Zoom. Register for your free ticket here

Hi Anna, you have just released your second book ‘Where’s My Happy Ending?’, what’s it all about?

In a nutshell, it’s the book my husband Matt and I wrote together to save our marriage. We talked to a former sex-worker and her ex-gigolo husband, celibate monks and free-loving hippies, people who never wanted kids and people who have loads of them. Porn-makers and feminist academics, neurologists, psychologists and romance novelists. A whelk fisherman and a lollipop lady. We spoke to couples, throuples and singles; gay, straight and anywhere in-between.

Social media can be hugely positive – it can bring people together and create communities that genuinely help people. But it can steal focus from the people closest to you.

We asked them all the questions we had about ‘eternal happiness’ and confronted our own relationship after a decade of marriage. In doing so, we got answers for anyone who’s ever wondered ‘what’s next? in a searingly honest journey through love and relationships, social media and small children, expert advice and everyday exasperation, navigating the muddy waters of modern romance.

And what did you discover that is different about relationships in 2020?

Social media and an addiction to our phones have played a huge part – the overspill from that small rectangular device floods into our home and over those within it. Social media can be hugely positive – it can bring people together and create communities that genuinely help people. But it can steal focus from the people closest to you.

Forget the notion of ‘together forever’ in favour of being together today and not taking the rest for granted.

I spoke to Katherine Ormerod, author of ‘Why Social Media is Ruining Your Life’ who explained that the dopamine hit that’s delivered by social media is like a reward cycle. The ‘likes’ you get trigger the cycle – the more you get, the more you want. Relationships before social media must have relied on in-person human interaction for these hits – imagine!

Of all the people you interviewed, who had the healthiest and happiest POV on relationships?

I spoke to Britain’s oldest fisherman, Derrick West. He’s a whelk fisherman down in Whitstable who’s been married for 70 years and he told me you can’t just rely on one person to save you – that it’s an unfair expectation to put your happiness in the hands of one person. He loves his wife and they have a happy marriage, but he doesn’t expect her to be his saviour. He has his son, his neighbours, the young lads he works with in the trawler boats. His advice was simple yet effective – forget the notion of ‘together forever’ in favour of being together today and not taking the rest for granted.

We niggle at each other a lot, we argue sometimes and we get on each other’s nerves. But it doesn’t mean we’re broken

What did you discover about your own relationship?

We niggle at each other a lot, we argue sometimes and we get on each other’s nerves. But it doesn’t mean we’re broken. True love is holding each other when a child is lost. It’s finding the humour during the dark times. If we can get through multiple miscarriages, redundancies and the day to day stress of having a young family, we can get through anything.

Register for your place ‘In Conversation with Anna Whitehouse’, here 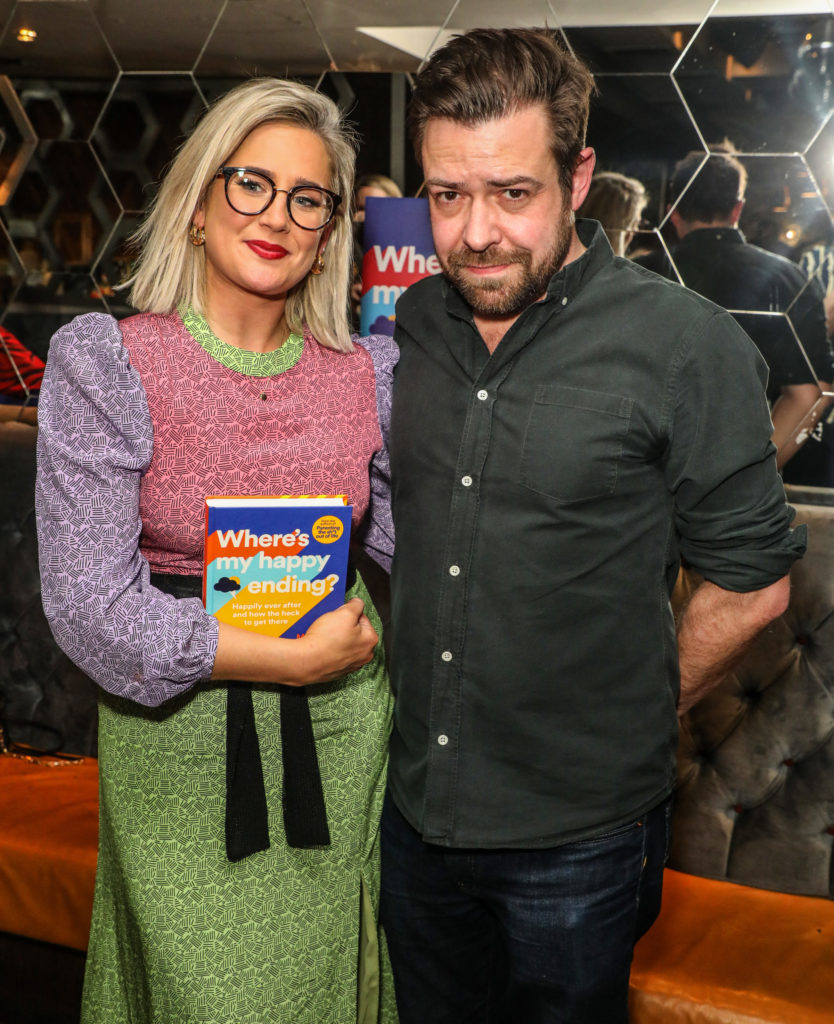 What are the biggest challenges your relationship has faced? Was it difficult to talk about them publicly?

Matt and I have been married for 10 years. We’ve trodden a fairly well-worn path of marriage, mortgage and babies, but the biggest challenge came in the form of the five miscarriages I suffered. After the third, we were going in different directions because we hadn’t really talked. I was devastated and irritable. Matt was also faced with his own layers of grief and the broken fragments of a wife who was completely distraught.

I didn’t marry Matt on our wedding day – I married him after the first miscarriage, the second, the third. That’s what married us.

Miscarriage can break people, but we had a very open conversation and he told me he didn’t know what to say to make it better. At that moment I realised ‘Family doesn’t need to include a child. We are a family.’ And that changed everything – we started living again. I didn’t marry Matt on our wedding day – I married him after the first miscarriage, the second, the third. That’s what married us.

What is one thing we need to let go of/learn in order to have more happy/better relationships?

Hundreds of years of fairytales have taught us that finding the right person and settling down will lead to eternal happiness – love will find a way and everything will be solved. If that’s what you expect, you’re likely to be disappointed. We have this weird idea that not reaching a perfect, blissful state is some kind of failure, when actually it’s impossible to reach. Cherish ‘good enough’ – it’s a place very close to ‘happily ever after’ and it’s actually a remarkable achievement to get there.

you shouldn’t worship your children, you should worship the person you’ve chosen to spend your life with because they will (hopefully) be with you long after the kids have left home.

We all know becoming parents changes a relationship, but what advice would you give to people just about to step into parenthood, in regards to their relationship?

One of the marriage therapists we spoke to for the book told Matt that lots of people get in touch with him saying their relationship has deteriorated since they had a kid and everything is going wrong, So he’d look at their profiles and often their pictures would all be of just their kids, or just them with their kids – none of their spouse.

So often when children come along, people put their children on a pedestal and ultimately neglect the person they’re raising those kids with, which can be very hard for the other person. He said actually, you shouldn’t worship your children, you should worship the person you’ve chosen to spend your life with because they will (hopefully) be with you long after the kids have left home.

This is your second book together, your first being ‘Parenting the Sh*t out of Life’. How is the parenting going?

We’ve decided to dress like our former selves once a week and have a civilised dinner together.

Currently? It’s a different challenge that’s for sure. We split the day in half so I work in the morning and Matt teaches/feeds/entertains the girls, then we swap. But we’re taking all the help we can get – we’ve found TedEd brilliant – they’re small educational online Ted Talks for kids that they can watch while you work. Reading Eggs is also great for home-schooling -they just work through it themselves, learning to read. It also alleviates any parental screen time guilt.

And finally, how is your relationship managing throughout the pandemic? Any advice on how not to kill each other over burnt toast?!

Writing the book actually prepared us pretty well for this! There are plenty of small things you can do every day to make it work. We’ve decided to dress like our former selves once a week and have a civilised dinner together. Remember it’s ok to ask for some time by yourself if you can get it. Read a book, talk to a friend – anything for you. And then give your partner a cheeky bum squeeze when they walk past to remind them you appreciate them, and maybe even still fancy them a bit.

Register for your place ‘In Conversation with Anna Whitehouse’, here