How social media turned us into needy attention seekers 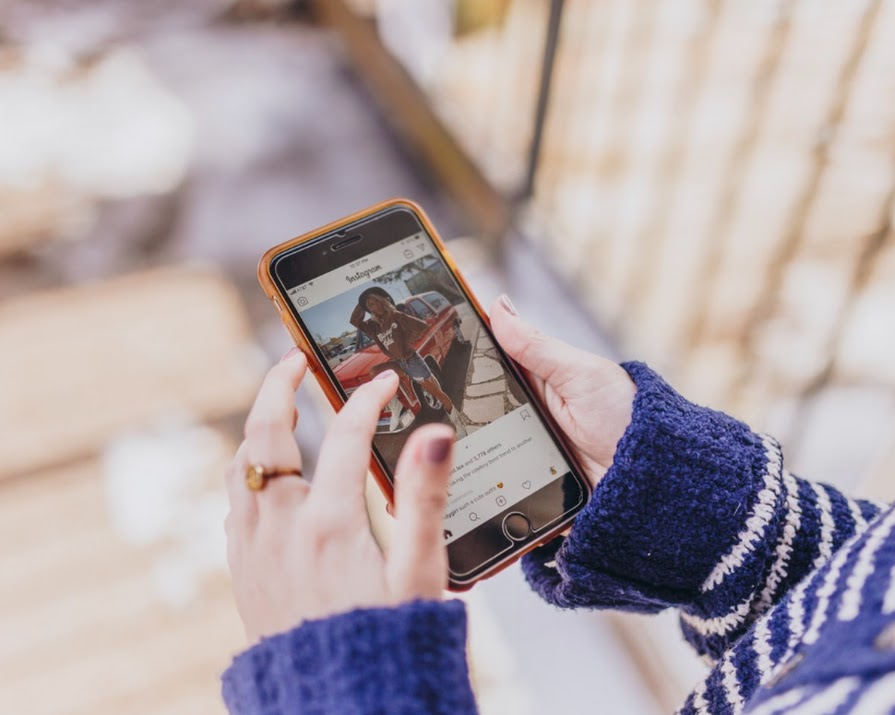 Social media was supposed to free us, connect us. But for many it has proved addictive, punishing and toxic. Amanda Cassidy on why we are so hooked.

Like me! we scream internally, as we post the latest picture of us having sundowners on the beach or posing at a festival.  Give me approval, attention… something. Because being acknowledged is part of the giant wheel of fortune that is social media.

Going viral is the pinnacle in the game we’ve caught ourselves up in. Perhaps it is a form of illness that we need shielding from? Maybe self-isolation the only smart plan in a world where you can be trolled and belittled until you are head sick.

Lawrence Fox is among a number of those in the spotlight announcing they are turning their back on social media for their own mental health.

The 41-year-old Lewis star took to Twitter to write a lengthy statement on the “deadly consequences” of society’s so-called “cancel culture”.

It’s a topic that has hit headlines recently after the premature death of Love Island presenter Caroline Flack who spoke openly about the barrage of negativity she endured through social media.

“I’m going to take an extended break from social media,” he wrote in a 13-part Twitter thread. “I’d like to say a couple of things. First of all, huge thank you to all of you who have followed me throughout my career and travelled vast distances to come and see me on stage, be it in acting or singing.”

It’s been very painful and difficult to cope with

He went on to address the reaction to his controversial statement on TV show, Question Time.

“Since my appearance on Question Time and the ensuing hubbub, I’ve had nothing but support on the street, from people of all backgrounds and political viewpoints. In the weird and lonely days that followed that appearance, your kind words have lifted my spirits. Thank you.”

“But privately, I have been becoming more and more depressed. I have been so shocked by some of the things said to me on these platforms and I’ve found some of it very hard to process. I think its important to stand up to bullies and that is why I have continued to do so.

“But I find that I wake up in dread of what’s to come. I’m a fairly private if opinionated person and it’s been very painful and difficult to cope with. However, I also believe in free speech.

I’m fearing for my future

He continued, “I stand wholeheartedly by people’s right to express themselves. But I’m fearing for my future and my ability to provide financially for my children.

“I think we need to learn to listen to each other better. I’m learning this all the time. I believe that pushing people to the edge of their ability to remain emotionally ok through cancel culture can and does have deadly consequences.

“In order for me to be ok I have to turn this noise off for a while. We all have feelings. We have hopes and dreams. We don’t have to agree, we just have to respect that we are all different.

For me, I’m going back to reading more books. There is so much I will miss about Twitter, but on balance, I don’t think I need it half as much as I enjoy it.”

It was a brave and honest statement and one maybe more people tormented by online trolls should consider.

And it isn’t just celebrities who need to reconsider the reasons they use social media. Sylvie is a Brazilian childminder who has lived in Ireland for three years. She says using Instagram, Snapchat and other platforms started to affect her negatively.

“I’d always enjoyed uploading photos, being creative, staying in touch with my friends and followers. But I started realising I was ignoring actual in the flesh friends and go on my phone if we were out together. The Internet was such a pull for me, that I just had to keep checking if I’d received comments and I’d get really upset if they weren’t positive.”

As well as the constant need to go on her social media, another aspect of social media began to rear its ugly face.

“I’d see all those people with amazing lives and even though, rationally I knew it couldn’t be all so glossy all the time, I started comparing myself and feeling ‘less-than’. It really started getting me down. I felt like my life was dull, boring and underprivileged, which it totally isn’t by the way.”

We are so conditioned that it becomes a disadvantage not to be part of it.

It took Sylvie another six months to really decide to switch it off. “I was so afraid I’d miss something but it turns out I actually have more time to spend with people in real life. I call people more to stay in touch. Catch up with their news and life rather than just ‘like’ a comment or send a clap emoji – it is what real friendship should be.”

Of course, not everyone can simply switch it off. Social media is a big part of our lives, our work, our networks. It has become so deeply ingrained that the idea of walking away from it seems hard. It becomes a disadvantage not to be part of it.

But, that’s what it was designed to do. We were baited by the idea of interacting with everyone and anyone. Addiction was the template for our relationship with social media – the fear of being left out.

Being a celebrity means that these interactions are lightening-quick, the windfall of positive approval can be cut down in a moment, descending into storms of fury and disapproval and finally cancellation.

So what do you do? Many of us use social media as a reward – a 15-minute break now and again to ideally scroll and enjoy.

But the benefits are proven. Exiting social media can break the social comparison cycle, protect your privacy, allow you to reconnect with the real world, to stop us feeling so competitive, better for our self-esteem.

Maybe if we focused more on providing facilities and real-life events that bring people together like youth clubs, late-night cafes, community events, being more mindful about our actual social networks, people wouldn’t be holed up in empty rooms staring at screens.

There is a better way to connect with each other, one where you can look into each other’s eyes and say what you really want to say. As for celebrities… seeking fame seems to have a toxicity all of its own.

Read more: The fallout from Caroline Flack’s death nobody is talking about