How One Man Is Using Art To Tackle Our Homeless Crisis

As the homeless crisis in Ireland continues, one NCAD student is using design as an initiative to tackle the growing problem. ?Mark O?Meara is the creator of Kara Ireland; a project which recently wowed judges on Dragons Den?where?Gavin Duffy had this to say:

?Kara Ireland was the one item on the show this year that got the most reaction. It was just off the charts because it is a brilliant idea, but sadly as well because of the good timing in one way. Unfortunately, people do judge homeless people, and more often than not if we do give a homeless person money we think that more-often-than-not it goes towards buying drugs or drink or something like that. Whereas if I use a Kara card, at least I know that they’re definitely getting something positive from it”. 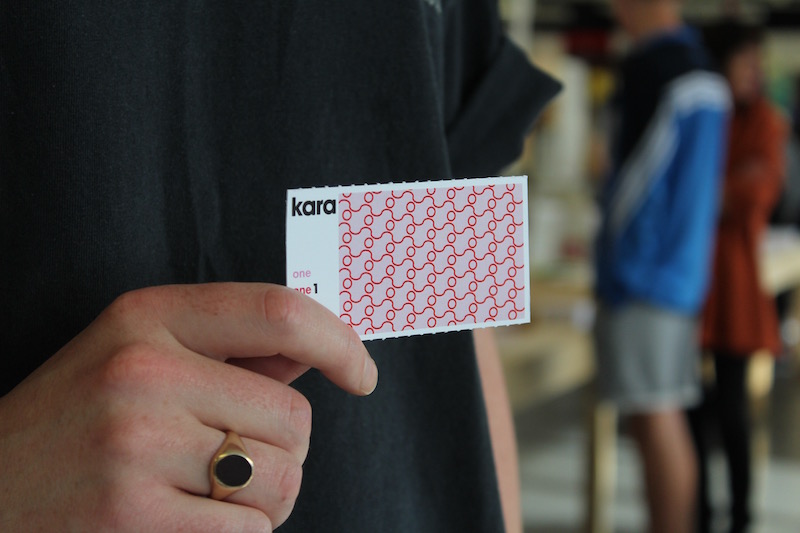 WHAT Kara Ireland: a choice of cards available for €1, €2 or €5 that replace cash donations for homeless people. These special cards can only be redeemed for food, shelter, or clothing. The idea was sparked through Marks passion for design and drive to use it as a leverage point to solve problems within society.

WHEN?O?Meara is busy working with charities to help introduce Kara cards into newsagents around the city. His long-term goal is to establish a shop which sells essential items at cost price exclusively to homeless people and to create a refuge-type environment for them. In a dream situation, he hopes to create an accommodation service to help eliminate homelessness and help rebuild lives. 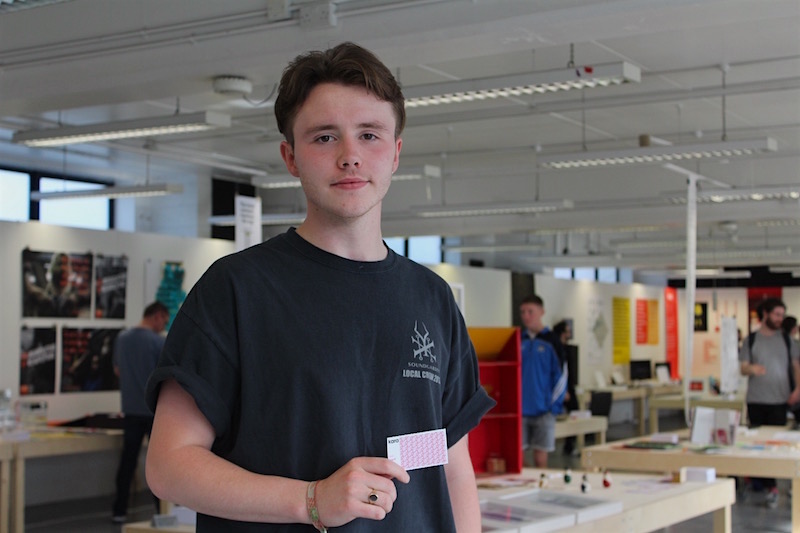 Mark O’Meara at NCAD where he developed the idea

WHERE?News agencies around Dublin, with the goal of expanding nationwide.

WHY?Mark identified money donations as one of the major problems for the homeless. His research suggests that most people don’t feel comfortable giving money to a homeless person for fear of feeding a possible addiction. Kara Ireland aims to minimise the accessibility of drugs and alcohol for addicts.

HOW The idea was sparked through Marks passion for design and drive to use it as a leverage point to solve problems within society. 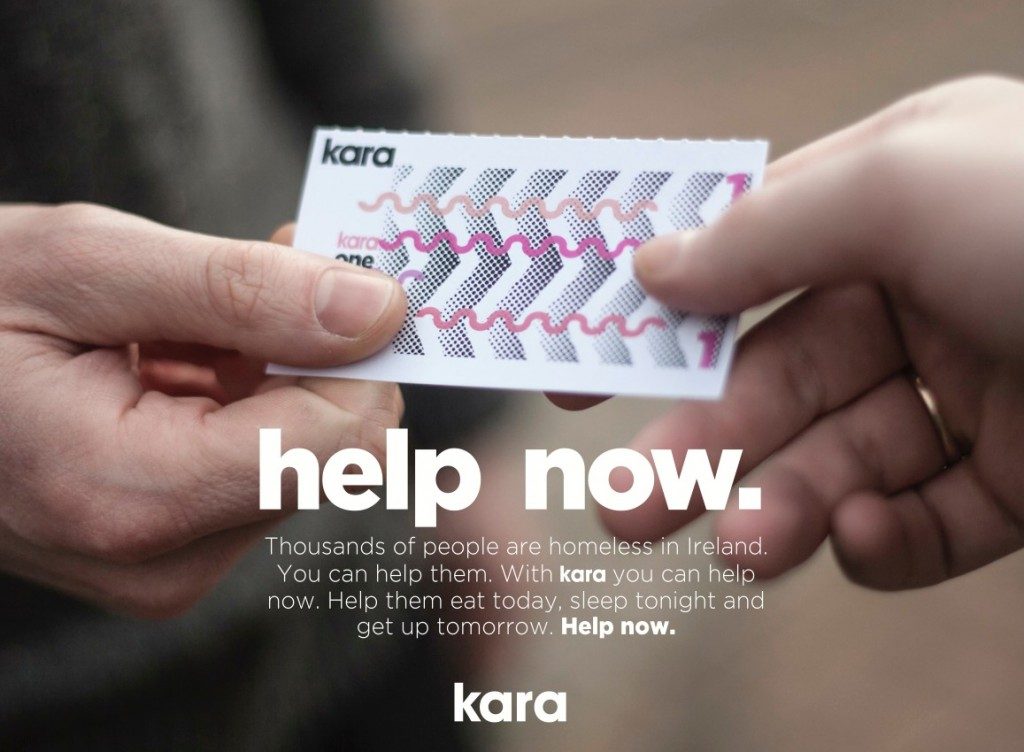