Helena Ryan, Young Businesswoman of the Year: ‘I couldn’t sleep with excitement’

Helena Ryan, director and co-founder of WellFest, was named IMAGE Young Businesswoman of the Year 2018. Speaking to Jillian Bolger after her win, Helena explained how she keeps on top of the wellness festival while also working full-time.

A love of music festivals and keeping fit saw Helena and her colleague Fionnuala Cleary dream up the ultimate zeitgeist festival.

“We worked together and were walking back to our cars from the gym one day. We both love music festivals and were talking about them and the gym when we said, ‘Wouldn’t it be amazing if there was something like a music festival, but it was all health and fitness?’ So instead of having different music acts in each tent, it would be a Pilates tent, a yoga tent, and so on.

“We got so excited about it that when we went back to our desks, I started scribbling down things. That night, I couldn’t sleep with excitement.”

Related: Nora Twomey, Businesswoman of the Year:
‘If you feel you’ve stopped learning, it’s time to move on’

Approaching both her sister, Katie Ryan, and Fionnuala’s boyfriend (now husband), Anthony Kelly, with their idea, they too came on board. As a foursome, they helped WellFest grow from a spark into a reality.

What’s most remarkable is the festival’s success has been achieved in their spare time. Both Helena and Fionnuala have full-time jobs working as solicitors, and the first few years of the festival were “completely nuts”, they say. “We have since taken on two full-time employees, as well as a third who runs the blog full-time. That really helps.” 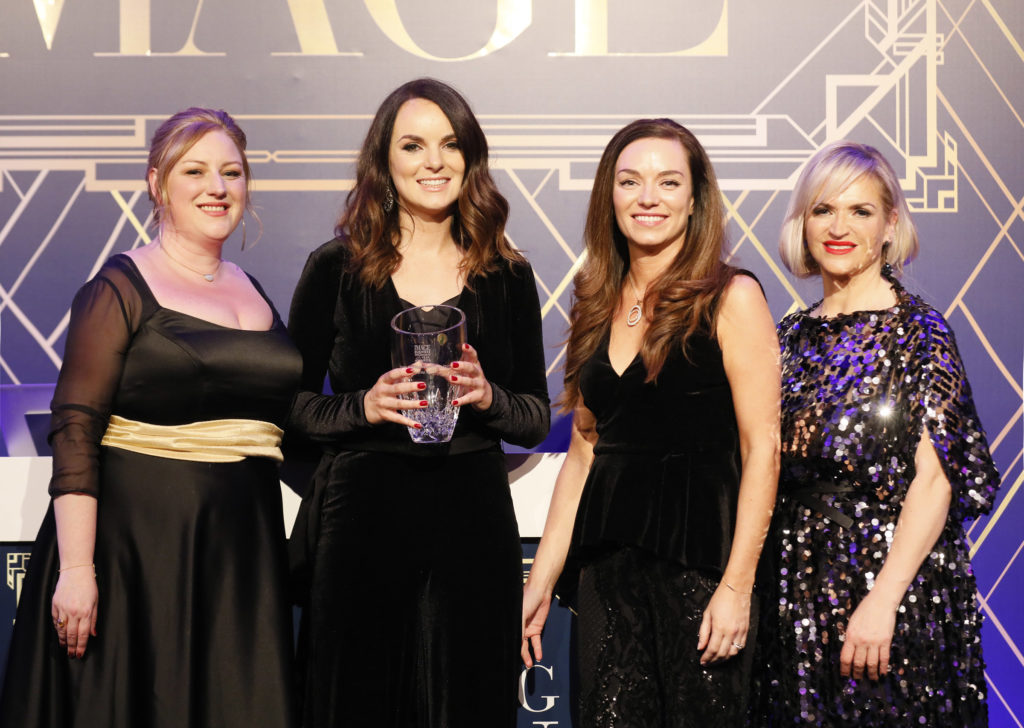 Helena admits WellFest’s growth and expansion has been the biggest surprise for her. “I was so in love with the concept that I always thought it would gain momentum. I always believed in it, but never expected it to grow to the level that it has.

“The way we’ve expanded it too; creating a blog and also running different pop-up events. It is turning into a brand, rather than a single event, with every strand circling around the original idea.” (She likens the brand’s diversification to that of IMAGE Publications. “The growth in IMAGE has been fantastic – the way the brand has expanded, going from a magazine to awards, networking events and workshops.”)

“We are looking at an international expansion in the next few years, both in the UK and further afield.”

Wellfest began as a one-day event for 1,000 people in Herbert Park in 2015. Now in 2018, the festival accommodates almost 10,000 ticketholders; having become a two-day event, moving to the Royal Hospital Kilmainham. The most recent event saw 15 separate stages all dedicated to a different area of health, fitness and wellbeing.

As Ireland’s largest fitness, wellness and health festival, WellFest is designed to attract people with all levels of fitness; offering the chance to partake in a combination of yoga, meditation, and spinning classes, as well as talks by performance coaches, nutrition advice and healthy eating events.

The festival has attracted high profile guest speakers, including Davina McCall; Joe Wicks, aka The Body Coach; and Derval O’Rourke. A WellKids area offers Zumba and yoga classes for little ones, while the WellMum stage caters for new parents.

Despite being a full-time associate in a law firm and a new mother, Helena reveals big plans for WellFest’s future. “As well as expanding across Ireland via pop-up events, we are also looking at an international expansion in the next few years, both in the UK and further afield.”