The 2020 LGFA’s semi-final between Galway and Cork last weekend has come during understandable scrutiny after the venue was changed twice. Teh first time it was changed to accommodate the Limerick hurlers’ training and the second time was just hours before throw-in and brought forward by a half-hour, giving the Galway team just a seven-minute warm-up. In light of the treatment, we revisit this interview with Mayo GAA legend, Cora Staunton.

She is an iconic figure in the world of modern GAA. 36-year-old Cora Staunton has been playing for Mayo since she was just 13-years-old. She’s won four All-Ireland titles and 11 All-Stars, become the highest-scoring forward in the history of ladies football and has spent time in Syndey transitioning her skill-set from the round ball to the oval ball to play Aussie Rules. We meet her at a Dublin hotel to discuss her autobiography, Game Changer, and to talk about how her passion for sport and her mother’s death (when Cora was just 16) made such a huge impact on her success. 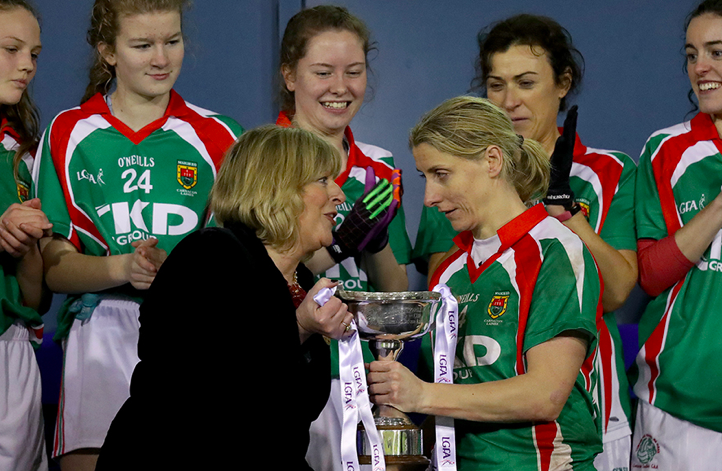 “I think the type of person that I am has a lot to do with my mam’s death. At the time, I was playing a lot of sport. I was probably on between 10 and 12 teams at the time and I was gone a lot. After her death, I moved away from it for a while – I think I resented sport and the fact that it took me away from her for so long. I did go back after a while, but with a huge determination that has stood to me over time. When someone you love is sick  – and mam was sick for about three years –  it has a huge effect on you. You see them fighting so hard to just survive every day and that really resonated with me. It made me say to myself, if you are given a challenge, you work really hard on it and do it the best that you can. Her fight with cancer and what she went through has made me more determined and more resilient. If she hadn’t died, I don’t think I’d be as resilient as I am today.”

In a world where there are only a handful of female athletes that girls can look up to, Cora is using that same determination and passion to encourage young girls to get, and stay, involved in sport. She says that was what prompted her to write her book. “We live in quite a fickle world. Young girls are looking up to so-called role models like the Kardashians or reality TV stars. It isn’t that they are false, I don’t know enough about them to say that, but they are not tangible – they can’t touch them, they can’t really see them and they are living a life that isn’t real to them”.

“We need visible role models. I hope I can be that person. We need to change attitudes to girls in sport across the board. To understand that they may have body image issues and be under peer pressure to fit in. I hope I can be the one to show them that you don’t have to conform to what is considred ‘the norm’. You have to be a very strong individual to be your own person and to be true to yourself”.

“With good coaches and the right facilities, we can encourage them to reach that goal and make sure it is fun. In my current club, the oldest is 43 and the youngest is 14 and we all try to bring each other along. It is important that you create your own ‘norm’ and if you want to be a bit different – there is nothing wrong with that”. 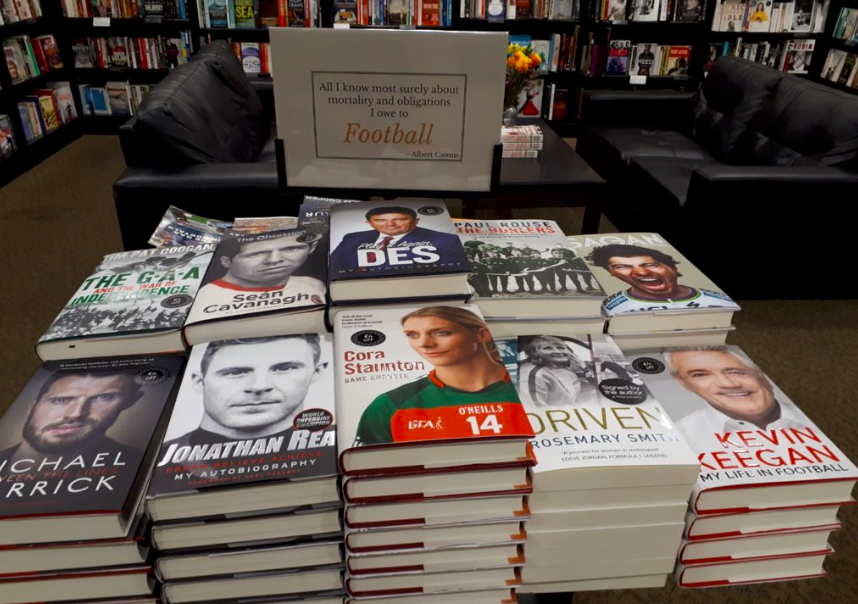 Cora credits sports with giving her a lot in life, and although initially uncomfortable being considered a role model for young girls, she now relishes the effect she can have on other lives.

“I knew I had a talent for sports but I knew I’d also have to work hard. I drove myself to be the best. I think hard work will get you anywhere you want to be in life. Sport has given me many opportunities. Socially, it helped me get through those tough years when I was shy and overwhelmed in secondary school – I always had my GAA community to fall back on that give me friendships that I still have today. I’ve also learned skills from sport that I don’t think you can learn anywhere else – integrity, negotiation, cooperation. Now I speak in schools and try to give young people a tangible role model that they can aspire to be. Recently I was speaking in Cavan and I noticed a little girl who was shy and it took her about ten minutes to get up the courage to come over to me for an autograph. She told me that she wanted to be like me when she grew up. I know that those few minutes I spent with her made her night and gave her a confidence that is hard to find elsewhere”.

So it is a cultural thing that we need to change to get more women involved in sport? “I didn’t have any female role models growing up, bar Sonia (O’Sullivan)”.

“I think it’s important that young people now have the option to read about a female or a male sportsperson. They can have either – and that’s a choice”.

“There are still barriers there – we are still not as visible as males but we are trying to change that now with the Lidl 20/20 campaign – which aims to encourage a 20% increase in attendance, participation and media coverage of women’s sport in the next two years. The Ladies Gaelic Football Association is also doing great work to promote women in sports, but it is a work in progress. It is like the women’s hockey team – we only knew all about them and celebrated them when they won silver in The World Cup – why didn’t we know about them before?”

“Katie Taylor is probably the most well-known Irish sporting star but even she is not celebrated enough. If she was male she would be celebrated even more, in my opinion”.

A self-admitted sports fanatic, Cora is currently playing for her club Carnacon and plans to return to Sydney to finish out the Aussie Rules season there. She hopes to learn more about coaching both in Ireland and Australia. It is unlikely she will ever don the Mayo jersey again (She was one of eight players who left the Mayo squad this summer citing player welfare issues in a row that has cast deep division across the sport) She says it is a bittersweet end to that chapter of her life. “I try to look at how fortunate I’ve been. Some people never get the opportunity to represent their county or get injured if they do. I’m lucky enough that I’m fit and healthy and I’ve had all these amazing opportunities. I knew this day was coming and I built myself up for it. I’ve made a lot of great friends and connections out of it and the support for my book launch is enough to make me realise that I am where I want to be. It is heartbreaking that I will probably never put on the jersey again, but I have to look at how blessed I was to do it for so long. All I wanted to do, number one, was to make my family proud, and number two, to do my community proud. 24 years later, I think I’ve done that.”

We have a feeling that Cora will continue inspiring the next generation of female sports stars for a long time to come. Her book, Game Changer is available in bookstores now.

Read more: Why Cori Gauff is an incredible role model for teenage girls

Read more: ‘It’s about bringing it to life’: Irish sports star Nicci Daly on motorsport and being a role model for younger girls

Read more: 74% of people think female sports coaches are role models — so why aren’t there more of them?