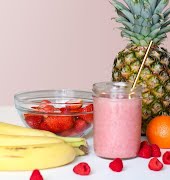 Batten down the hatches; Snow, thunder and flooding are all forecast and weather warnings have been issued for 20 counties

The warning is valid from 8pm on Sunday until 8am Monday morning.

Met Eireann has said they expect accumulations of up to 25mm of rain. The rain is likely to be preceded by a period of sleet and snow in parts of Connacht, Ulster and north Leinster, with hazardous driving conditions for a time, before turning to rain later.

“As the ground is saturated at the moment and river levels are elevated the combined effect of rainfall and snow melt may lead to some localised surface and river flooding,” the forecaster said.

“A spell of rain will extend from the west and southwest to all areas, with some heavy falls, leading to local flooding,” Met Eireann continued, adding that “hazardous driving conditions” were a possibility.

“The rain will turn to sleet and snow across parts of Connacht, north Leinster and Ulster, with some accumulations for a time leading to hazardous driving conditions. The sleet and snow will turn back to rain later tonight and in the early morning with a minimum of 0 to 4 Celsius, coldest in the northern half of the country early tonight. Moderate to fresh southeasterly winds will veer southwesterly and increase fresh to strong and gusty with gale-force winds in coastal areas.”

Residents of Springfield, Clonlara, Co Clare, have been evacuated from their homes and more were braced for “hell” and “misery” as the flooded River Shannon swept around their homes.

I wanted to sit by the river, not in the river!#RiverShannon #Athlone pic.twitter.com/ZT6cy0Q0bJ

Looking ahead, it will remain “very cold and unsettled for the rest of the week,” with occasional showers or longer spells of rain and some wintry sleet and snow on Monday and Tuesday especially in Ulster and Connacht with frost at night.

AA Roadwatch has advised motorists to take extra care if driving in these conditions.

“On wet roads, slow down and allow more room to brake. Remember too that heavy rain can affect visibility. In windy conditions, give a wide berth to pedestrians, cyclists and motorcyclists, and bear in mind too that high-sided vehicles are especially vulnerable to strong gusts,” they said.