One of the year’s most anticipated films, Pablo Larrain’s Jackie already has Hollywood betting on an Oscar nod or two. The film is certainly beautiful, and factually on the money, but is this just another overly hyped up docu-drama?

The film opens with an emotive scene – Natalie Portman walking through a foggy field set to an eerie soundtrack. Chills are admittedly felt at this moment, and you’re prepped for a two-hour emotional rollercoaster. Sadly, though, this is the only time I felt any true emotion watching this movie.

That’s not to say it’s not a good film. As an American, with firm ties to both Boston and Dallas, I found it insightful – many films and TV dramas have tried desperately to nail the story of Jacqueline Bouvier Kennedy Onassis. Sadly, almost all have fallen short for one reason or another. Usually, it’s the actress portraying her, but often I think it has something to do with the mystery that surrounds one of America’s most iconic First Ladies. How much did we really know about her? What must have gone through her mind when she had her husband’s brains splattered across her pink Chanel suit?

I remember the first time I truly began to understand just how much must have changed for American society on November 22, 1963. I was 15 and my aunt had taken me to The Sixth Floor Museum (aka the Texas School Book Depository) in Downtown Dallas. There, on the wall, was a black and white image of Jackie in that pink suit, stained with her husband’s blood. The textbooks I had studied in school never showed this, nor discussed this side of the story. 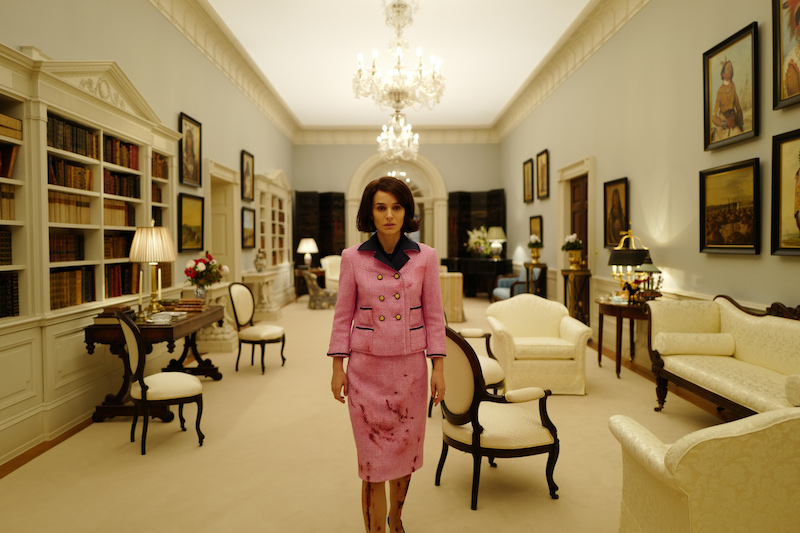 In the film, Natalie Portman makes more than one statement about the American people needing to know the truth about what happened on that fateful day, and I smiled every time. We tend to forget just how sugar-coated 1960s America was. How airbrushed. (Lyndon B Johnson’s wife, Lady Bird Johnson, played by Beth Grant, suggested she could ask someone to help the First Lady change before she stepped off the plane post-assassination – of course she would have been nudged by someone to remove the suit, but I must say, it never occurred to me this would have happened, nor that Mrs Kennedy would have insisted on showing the world what actually happened to her husband – and her – that day.)

What I love about this film is the added elements of a story we’ve never fully been told – how the funeral procession went above and beyond what was accepted by JFK’s peers and colleagues, and even members of the Kennedy family, and how that was all down to the insistence – and persistence – of Jackie. It’s a tribute to the fighter that this young wife and mother really was. An introduction to what she was becoming – a survivor. 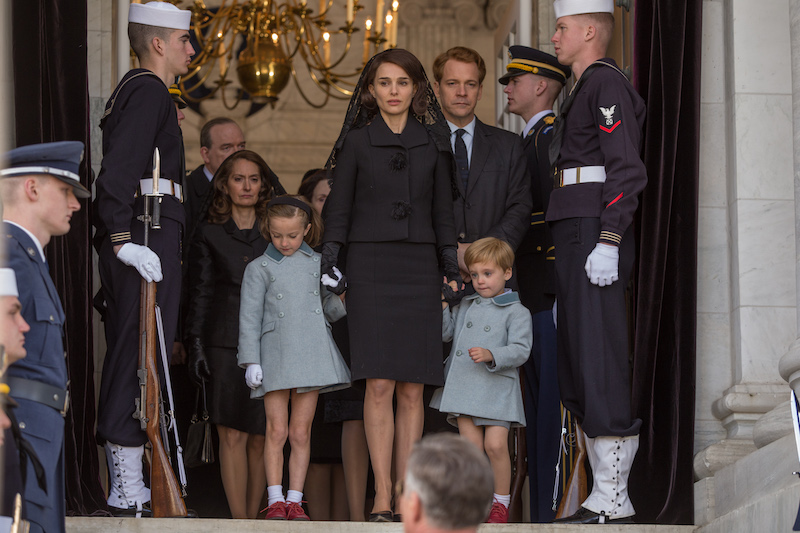 Add to this a great cast – most notably Greta Gerwig, who plays Jackie’s trusted confidante, White House Social Secretary Nancy Tuckerman; Peter Sarsgaard (Bobby Kennedy); Billy Crudup, who plays LIFE Magazine journalist Theodore H White; John Hurt (Jackie’s priest); and Richard E Grant, who played the Kennedys? friend William Walton, who helped research and arrange the infamous funeral proceedings – amazing costumes, created by Madeline Fontaine, and a weird but wonderful scene that sees Portman don Jackie’s entire wardrobe while drinking heavily and listening to the soundtrack of Camelot, and you have one well produced cinematic experience. Just don’t expect to cry – probably because you don’t really get to know the deceased, JFK, all that well here, so a sense of loss doesn’t exactly resonate. Plus, the film’s length doesn’t allow us the full history of who all these wonderful characters are (you’ll find yourself wondering – just as I did – who exactly Nancy was, as she’s not adequately introduced here).

One more thing – one or two people have commented to me about Portman’s accent in the film. To which I responded that actually, it’s spot on. I remember that Tour of the White House film – and Jackie Kennedy sounding like a flaky society wife throughout. Make no mistake – Jacqueline Kennedy was smart, educated and definitely charming. I blame her youth and the fact that TV was very much in its infancy for the way she comes across to people today. Remember, it was broadcast on Valentine’s Day, 1962, when Jackie was just 32. I’ll leave you with this clip, and you can judge for yourself whether Portman pulled it off ?

Jackie is out in Irish cinemas on Friday, January 20.