Yesterday marked International Women’s Day – a chance to celebrate those who shine a spotlight on gender-based issues around the world. Fatoumata Diouf says she is proud to be a role model for others in West Africa where she is from. The Senegalese national and mother of three is the Regional Director there for Sightsavers. We spoke to her about her motivations, the challenges she’s faced and the exciting effect her work is having on local communities.

“I visited a family strengthening program in Senegal and met with a woman named Satah who was married at the age of thirteen to a 70-year-old man. They had seven children and then he died.  She didn’t go to school, she didn’t have any training whatsoever, so she couldn’t take care of herself or her family, so she had to give her children to different family members – I mean, each child was given to someone else, so her family was completely dismantled. She said to me “I was a child when I had children”. She was forced into marriage. While her husband was alive, he did support her financially, he was there to care for her and the children. But when he passed away, her life was just destroyed. It made me realise that we have to fight the widescale issue of child brides as a society and promote education for women.

Through a family strengthening programme, Satah received a package of €400 which she used to start an income generating activity. She started selling ice blocks by the ferry station between Senegal and Gambia and she used that money to literally build back her life. She was also receiving capacity building training through the program to learn to manage the family budget, but also to read and write. “When I met her and she was telling me how the program has transformed her life, I immediately said, ‘I want to be part of such things, this is what I want to do for a living. I want to make an impact.’  There are so many different Satahs  – but there are so many of them in our region that need our help and need our support”. 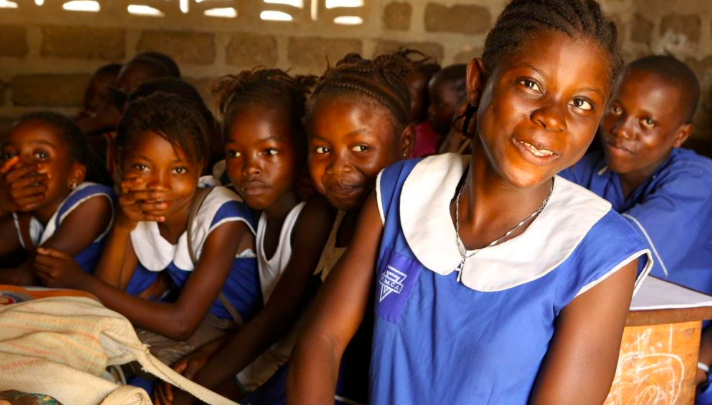 This was the inspiration that lead Fatoumata to her current position. Originally she received her degree in finance from Georgia State University in the US and worked in a pan-African bank.  She went on to join British American Tobacco as a management accountant but it was her passion to encourage women into education that lead her to transition into the NGO sector. “One of the ways of fighting for women’s rights is by making sure children have access to education, because then that’s when they would know their rights and also parents will raise their awareness so that they know they cannot do that to children because they are violating their rights and they are putting them in very precarious positions. It’s a challenge and you have to fight it with different angles: through education first, but also through advocacy so that you have policies in place that are fighting against child abuse or child marriage and advocating for children’s education and things of that sort. So there are different angles to tackle the problem.” 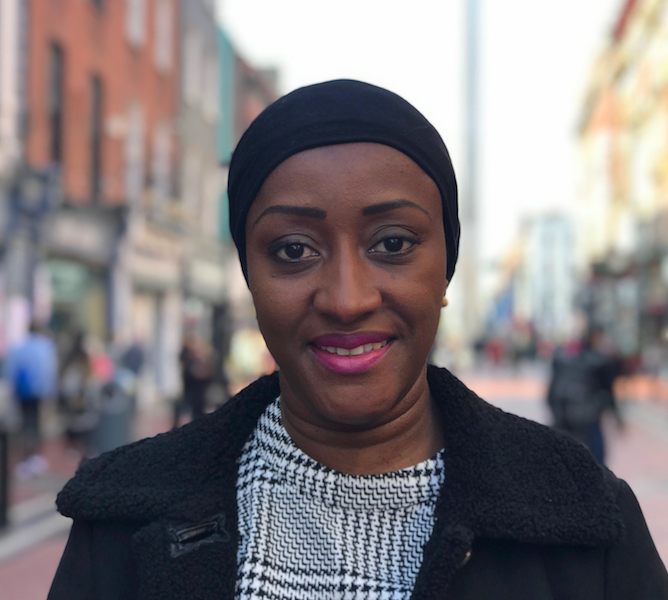 Fatoumata says her motivation was always simply to help those who need it most.  “I’ve worked across different countries in West Africa for the past 10 years. I’m working in the area of alternative care, also health and education, family strengthening, but also capacity building. I have supported programs in emergency response context in conflict zones such as Bossangoa in Central Africa Republic, but also Diffa in Niger. I’ve also worked on post-Ebola recovery projects in Liberia, Sierra Leone and Guinea.

The Ebola crisis was devastating for these regions.  It’s still suffering because during that period capacities were not developed. Children had to be out of school, we lost teachers. So the education system in these three countries is still recovering from those crises.

So, West Africa is a very challenging context because we have political instability which impacts programs. We have humanitarian crises which impact programs and we have endemic crises which also impact communities.”

“He shows me the way”

Now with her role in Sightsavers, Fatoumata is focusing on disability inclusion and says teaching children to accept disability in others means it is transforming attitudes from the ground up. “Prior to joining Sightsavers I did not know much about disability work and I visited one school in Dakar, Senegal, where I saw – this is an inclusive school, we are piloting five in country – and in this school I met with children who were two, who were completely blind and they were going to school with other children who did not have any disabilities whatsoever. And to see them together in one classroom, to me it was just showing me that it’s possible and it works and we can do it and children would benefit from that, because when I asked the visually impaired child: “Who is your best friend in this classroom?”, and he named his neighbour, his name is Abdul, he said: “Abdul”.“Why is Abdul your best friend?” I asked.“Because Abdul shows me the way, he teaches me the lesson after school. And I asked Abdul, “Abdul, he said you are his best friend, how is that?” he said: “Yes, because I can see and he cannot see, but together we can learn”. 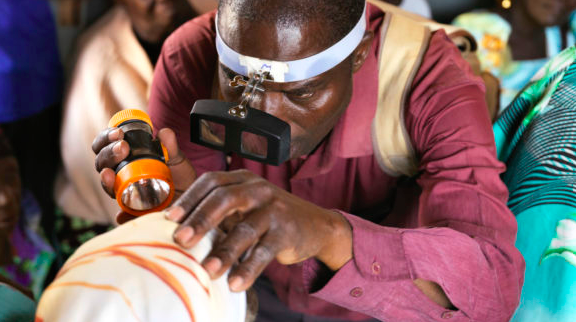 “I am a role model to them. I also want to be a role model for my daughter, to see that it’s possible, she can do it, and she can aspire to higher positions same way as men”.

“Recently I have visited Guinea and I met with one girl in the office there. She was an intern in accounting and she said to me – we had a one-on-one session –and she said to me: “I am so proud of seeing you as a regional director for this region. I am so proud because you are telling me that it is possible”. You have to understand, in Guinea, it is very rare to see women working and in certain positions, and she said: “seeing you up there, it means it’s possible and I can fight for it”. And I said to her: “I encourage you. If I can do it, you can do it”. That’s why I take my role very seriously, that’s why I do my best, whatever I do, because failure is not an option, because other people are watching, other women are watching – little girls are watching.”

Fatoumata Diouf was a keynote speaker at the Sightsavers Put Us in the Picture campaign in Ireland with a week-long photography exhibition, highlighting the campaign’s call for global development to be inclusive of people with disabilities. Irish Aid funds Sightsavers’ disability inclusion programmes in countries including Senegal, Sierra Leone, Cameroon and Liberia.