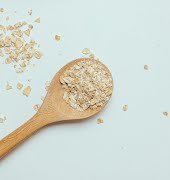 The post-baby style crisis is a very real, very self-esteem sapping time when maternity jeans are not one size fits all.

I made some disastrous style missteps in the haze of exhaustion after having a human being extracted from my body. I suspect the’style crisis is a two-fold issue, both psychological and physiological.

Physiologically-speaking it pretty much goes without saying that the thing that was once your body has morphed overnight into a gelatinous, shape-shifting mass that is virtually impossible to dress. And that’s even if you are lucky enough to remember what it is you like to wear.

Post-baby, I also found I practically had a new, slightly functionless limb to consider: a belly that could basically be unfurled and, if the situation called for it, be used as an extremely weird tablecloth. I would go to Dundrum shopping centre, because as a woman on maternity leave, IT’S THE LAW, and look around at all the breton top-wearing new mothers pushing Bugaboos around, acting like nothing at all strange or crazy had just happened to them. That baby just barrelled out of your body and now you pretending everything is totally normal? Wearing skinny white jeans like it’s a normal day??? And PS how on earth are you wearing skinny white jeans right now, clearly you are a different species and we have nothing in common. At this juncture I would stomp off home to locate my pyjamas that were likely still warm from only just having been discarded.

Don’t Get Dressed Too Soon

Or at least don’t bother for about a month. Any longer and the pjs may become grafted to your body and require surgical removal as mine did.

Of course if you are one of those terminally perky people for whom getting dressed gives a sense of purpose and self-esteem be my guest, all I’m saying is that society demands we get dressed pretty much every day of our lives so why not treat yourself to some pj days while the getting is good and it’s totally acceptable, nay encouraged? 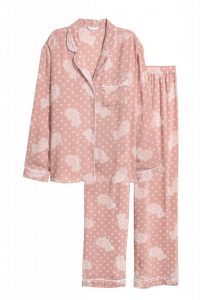 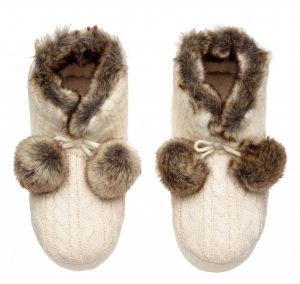 On a psychological level, after having a baby I struggled massively to adjust, not just to putting another person’s needs ahead of my own at all times but also to the idea of being someone’s mother. It seems obvious now a few years on that you don’t have to suddenly ‘grow up’ and stop eating Nutella out of the jar and wear bootcut jeans just because you’ve suddenly got a baby but oddly that was hard to get my head around in the first few months of post-baby floundering and this is why it is important not to make any irrevocable decisions, like getting a dramatic haircut, during this confusing time.

Don’t Get A Dramatic Haircut

For starters sleep deprivation should be classed as being under the influence, and any stylist who cuts the hair of a woman who hasn’t slept more than two hours consecutively should have their licence revoked (if hairdressing licences are indeed a thing?). Also to blame for any bad hair decisions are any so-called ‘friends’ who don’t stage an intervention at the mention of the words ‘pixie cut’ in the first 12 months postpartum.

I did the new mother pixie cut, though by the words ‘pixie cut’ I do, in reality, mean ‘Boris Johnson’. It was not a good choice for a woman with limited time and talent for personal grooming. The reality of short hair is that it’s much harder work than long hair. Especially if you (like me) are not a natural beauty as such. My pixie cut required not only daily washing and styling but also demanded a sh*t ton of make up and some fairly intense accessorising. Hair decisions during the postpartum phase should be of a temporary nature and always remember growing out a pixie takes minimum a year and requires a lot of inventiveness during that harrowing journey.

Do Get Eyelash Extensions

They’re totally bomb. I got some about a month after my second baby was born and they genuinely gave me a great confidence boost for fairly minimal expense and when you’re dealing with the postpartum body image struggle anything that gives you a little lift is a good thing.

Waiting to fit back into the pre-baby jeans is quite literally one of the most depressing things I’ve ever done. The first time around, I thought buying bigger jeans was a waste of money but hanging out for an extra year in the maternity jeans (which is how long it took to fit back into the old jeans and even then the term “fitting” was not entirely accurate seeing as how the process of getting them on could probably have counted as cardio and when I was ‘wearing’ them I couldn’t so much as drink a glass of water such was the vice-like waistband) was zero fun. High waisted jeans in a soft stretchy material (like this River Island pair) in a size that fits the body you are currently walking around in is the greatest gift you can give to your post-baby self (along with cake obviously). 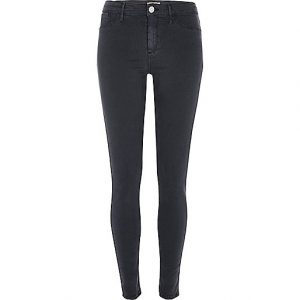 Being milked round the clock by a small, adorable little human can start to feel a bit draining. Nursing was one of the nicest things I got to do as a new mum but it also fed into insecurity about my postpartum body. Cheer up the mammaries with a nice bra. 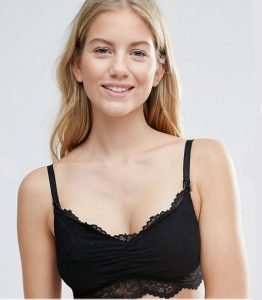 Do Get Your Nails Done

If this seems a little superficial than I hold up my (perfectly manicured) hands and admit it, I like getting my mani done and if that makes me shallow I am fine with that. However, what I really mean by this is do something nice for your body whether it’s a facial or a massage, you deserve. That parasitic little human that you’re taking care of is not the only one who needs pampering – seriously what I wouldn’t give to?live as a baby for even just a day, they?have scented baths and heated towels before bed for god’s sake.

Don’t Forget What Your Thing Is

As I said before, post-baby I thought I would be issued with a stripy top and straight leg jeans and that my days of leather pants and velour were over. I briefly abandoned my glitter runners and genuinely wondered what was the appropriate thing to wear now that I had a baby? The answer, of course, seems obvious: Whatever you damn well like, but during that leaky, weepy, sleepy time with my new little baby I was genuinely bewildered. The best treat for a new mum is an appointment with a personal stylist if you ask me, but if that’s a reach financially, find inspiration from some of the stylish mums on Instagram. Here are some of my fave accounts for reinvigorating your personal style.