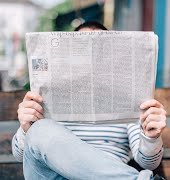 How Donald Trump Got Into My Four-Year-Old’s Head

‘The beasty is called an American Trump.
Its skin is bright orange, its figure is plump.
Its fur so complex you might get enveloped.
Its hands though are, sadly, underdeveloped.’

So goes A Child’s First Book of Trump by Michael Ian Black, which leapt into the New York Times bestseller list on its release last year. The parody picture book was intended for adults and as the blurb accurately put it, ?would be hysterical if it wasn’t so true?. And though Trump has been gold for satire, he seems now intent on outdoing comedians at their own game simply by just being himself, (would any of them have actually dreamed up the scenario depicting him throwing ?beautiful, soft?, paper roll at a crowd of dejected Puerto Ricans?) – it seems satire has very little place left to go.

But Black’s book was on to something in that Trump seems to make a lasting impression when it comes to kids. Is it because the adults are always going on about him? Or is it just that the cartoonishness that is so evident, even a two-year-old can spot it. Maybe it’s his name? It’s certainly an easier linguistic catch then Varadkar, who despite being repeated over and over again on the radio in our house every morning has made next to zero impact on my children. Theresa May’s best attempts to be memorable have been fruitless too, her greige has just washed over my pair, who only know that May is a month, but not quite sure when it happens.

Yet pretty much since the moment of the US presidential election my four-year-old has had a sort of Trump fixation. From that point on, The Donald has been getting the rap for almost everything, which, you know, has had its merits.? A typical exchange goes like this:

Four year old: ?Donald Trump is even ruder then Alex (a boy in pre-school).? Me: ?Eh, that seems a bit harsh on Alex.?

Me: ?Well that is really an issue for a congressional committee down the line.?

Me: Mmm (Saying nothing, can’t really argue with that).

Me: ?Again, that’s a matter potentially for a congressional committee, if/when that happens.?

It got me thinking though if she wasn’t the only one to have gotten stuck on ‘Trumpy’, as Black’s book refers to him. And it turns out, far from it. Online US Magazine The Bold Italic found him one of the most memorable of public figures among kids, except, as you can imagine, not all for the right reasons. Impressions ranged from disgust to disinterest. ?He’s the ugliest person in the world because he’s mean to everyone. He’s a ginormous dinosaur, and people don’t like him when he does bad things.? claimed Max, 4, from Pennsylvania. Or there was the very straight down the line appraisal by Marilyn, 6, from Alabama. ?He’s horrible.?

The dissatisfaction continued. ?Donald Trump is a rude man,? went Orion, 4, from Kansas, or? Anna, 4, from New Jersey who stated.? ?I think he looks like my friend Jimmy from my preschool class.? to which his mum added the note: (?Jimmy is a pain in the ass.?). But it was Megan, 3, from Alabama who delivered perhaps the most crushing blow of all.? ?I don’t like him. Who is he??

And his ability to make an impression seems to have genuine rationale. Noam Shpancer, Ph.D. a professor of psychology at Otterbein College, recently wrote in Psychology Today that Trump possesses what psychoanalysts call “high transference valence”: the ability to provoke strong reactions in others. Perhaps, you might say, an understatement. But what was even more interesting was that Shpancer found profiling the president using psychological science proved him to be an actual four-year-old, which may seem harsh on four-year-olds.

The type of four-year-old Trump is and also was, was revealed in a biography published last May and compiled by Washington Post journalists, consisting of stories from dozens of people who knew Trump when he was a real, actual, genuine child. As reported in the Daily Mail at the time, Dennis Burnham, his next door neighbour when they were kids recalled that as a toddler his mother put him in a playpen in their garden, returning a few minutes later to find the current U.S. president, then aged five or six, standing at his fence throwing rocks at the little boy. His mother then warned Dennis to ‘stay away from the Trumps? as they didn’t want him ?beaten up? by the family bully.

The piece went on to detail how another local child, Steven Nachtigall, now a 66-year-old doctor, said he never forgot Trump, a ?loudmouth bully?, once jumping off his bike and pummelling another boy. The disturbing image remained in his brain decades later, he said, because ?it was so unusual and terrifying at that age?. His high old school teacher, Charles Walker, who when told on his deathbed that Trump was running for president, reportedly remarked that even at ten, ‘Donny’ had been a ?little s**t?.

So, unsurprisingly, Trump is a four-year-old bully, and other four-year-olds, needing to be wise to these things, can spot it a mile away, even if one is masquerading as a president. Frankly, though, I’d sooner see my own four-year-old in office, and probably you, yours. Yes, there may be an emphasis on a Nutella shortage, and executive orders about ice-cream, but the damage would be minimal.

But it turns out where my kid saw problems, she also had a solution. After a further recent denouncement of something The Donald had (allegedly) done, she lifted her head momentarily from colouring in something that looked like a cloud giving birth to a cocktail sausage and said. ?Do you know what? It’s actually going to be okay, because Santa is coming to sort Donald Trump out.? Now that I would like to see.