These brands are committed to saving our environment

September is sustainability month at IMAGE. We’ve already swapped our disposable coffee cups for Keep Cups and we have upped the ante on our recycling. Now, we’re looking towards the big brands in Ireland making sustainability their priority.

Earlier this week, Lidl announced they will remove all black plastic packaging from its fruit and vegetables in a move towards sustainability. Black plastic is currently not recyclable, and the supermarket chain hopes the change will save 50 tonnes of plastic waste per year.

This packaging will be replaced by 100% recyclable material; which could be either cardboard or clear plastic. Ryan McDonnell, Lidl’s commercial board director said this “demonstrates our dedication” to saving the environment. Lidl isn’t the only brand to make these positive changes. Other companies across Ireland have committed to sustainability too. Below are six great examples.

James Quincey, president and CEO of the Coca-Cola Company said, “Consumers around the world care about our planet. They want and expect companies like ours to be leaders and help make a litter-free world possible.” For that reason, they have launched a World Without Waste campaign.

The company is helping to fund ocean clean-ups all over the world, including Ireland. On Friday 14th September, hundreds of employees took to beaches across the country for the Big Beach Clean. The initiative followed a record-breaking Coca-Cola Clean Coasts Week in June, which saw more than 23 tonnes of litter collected from Ireland’s beaches. What’s more, Coca-Cola aims to collect and recycle the equivalent of every bottle/can it sells by 2030.

Coca-Cola will undertake its most ambitious volunteering initiative yet, with hundreds of employees across the island of Ireland in taking part in the Big Beach Clean, on Friday 14th September! Get involved today:https://t.co/BH55dydl3R |https://t.co/Hvl3pROGB5 #CleanCoasts pic.twitter.com/aNbx6EqTO1

Centra has replaced all of its disposable coffee cups with new, Frank&Honest compostable cups and lids. Traditionally, takeaway coffee cups are sent to landfill, but now consumers can dispose of their Centra cups in their domestic brown bins. What’s more, 20 new Irish jobs have been created at CupPrint and Down2Earth Materials in order to cater for increased cup production.

Irish fast-food chain Supermacs announced its ‘Glan and Glas’ (clean and green) initiative this summer. In a statement on their website, the company’s managing director Pat McDonagh said, “We recognise the strain that single-use plastics are having on our environment and that every little bit counts. All of our cups will be 100% recyclable by September, our burger wrap is biodegradable and we will start the process of introducing paper straws immediately.”

Fast-food giant McDonald’s has started to roll out paper straws to all of its Irish restaurants, in an effort to reduce waste from plastic straws. The roll-out began this month and plastic straws should be completely removed by 2019. Mindy O’Brien of the Irish environmental group VOICE said, “We’ve all seen the pictures of the turtle with the straw up its nose… We really need to move away from single-use plastics. I think this is a great first step and I hope other [brands] will follow suit.”

Similar to Centra, Bewley’s has launched its first ever 100% recyclable takeaway cup. It’s designed with a special liner that breaks down in the recycling process; allowing 100% of the paper to be recycled cleanly. Both the cup and the lid can be added to your regular recycling bin at home or at work. What’s more, the company has been actively working on waste reduction since 2007. In 2010, it achieved a 91% reduction in waste sent to landfill from its head office and roasting facility.

This UK-based supermarket chain has reduced the amount of packaging it uses for snacks, without compromising the amount of food within. So-called ‘Project Thin Air’ cuts back on the amount of airspace in packets of crisps and popcorn, which means packaging can be reduced by up to 37%. According to a report by the Guardian, these changes have led to a 75 tonne-reduction in waste each year; and in carbon emissions, the equivalent to 152 fewer lorries on the road in 2017. 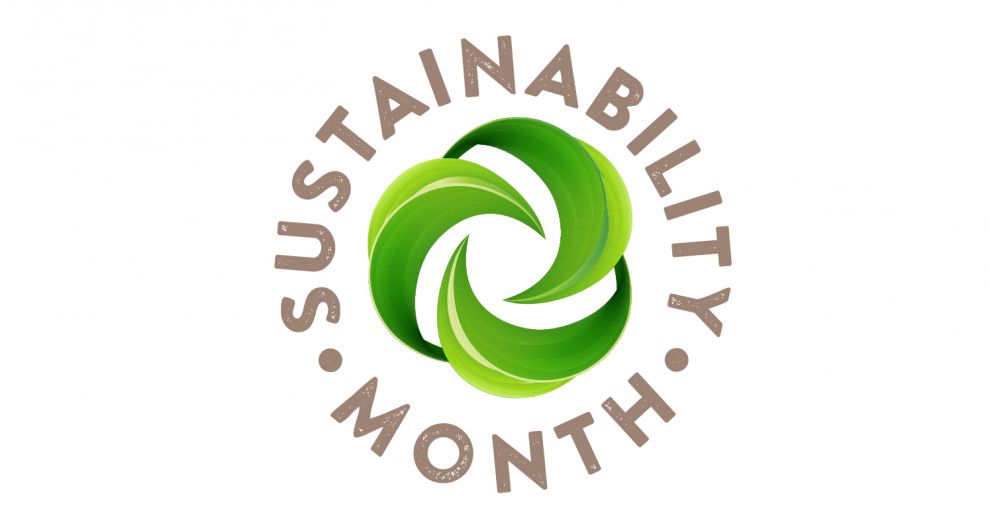 For more information on sustainability month at IMAGE (including the efforts we’re making to go green), click here.