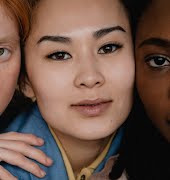 Armie Hammer wants to be referred to as Elizabeth Chambers’ husband

Call me by your Name actor Armie Hammer has taken a refreshing look at the dynamic of the relationship between himself and his wife, journalist Elizabeth Chambers.  The star spoke of emasculation and “straight, white and male” privilege in a new interview.

In conversation with the Independent, Hammer revealed that he’s tired of people referring to Chambers in relation to him instead of her own accomplishments. She is, he says consistently referred to as ‘the wife of Armie Hammer’ with her own identity tied up in his successes or achievements. This is a societal norm, and certainly not uncommon in the public eye, but it is one the actor says needs to be broken.

“My wife, who is so much smarter and so much harder working and so much more successful in so many different ways than I am, still gets introduced or written about as Armie Hammer’s wife, when in reality, I’m lucky to be her husband.”

Also, do we need any more reasons to love Armie Hammer?

Hammer described Chambers as an “incredibly strong and powerful woman,” adding that a role reversal is what he would prefer: “If she got the due credit that she deserved, then I would be Elizabeth Chambers’ husband.”

His comments feed into the issue of toxic masculinity and the need for the male gender to be the domineering one, in almost every respect. White, male privilege is a direct subculture, something that he acknowledges obviously works to his advantage, while saying that men that don’t act upon this are seen as a threat.

His comments echo Reddit founder, and husband of Serna Williams, Alexis Ohanian who wrote in an essay that Williams’ success meant as much to him as his own.

“I know I’ve been successful in my career, but I’m not the one racking up the trophies.”

Of course, it can (rarely) work the other way around. Hammer’s attitude is one apparently not matched by former One Direction singer Liam Payne’s reaction at last night’s Brit Awards, when host Jack Whitehall introduced him on stage by referring to him as “supermodel Naomi Campbell’s current squeeze,” judging by his reaction when he walked on stage.

For now, let us lead by Elizabeth Chambers’ husbands’ example.