An American In Dublin: My First Impressions Abroad

Stereotypes and sweeping generalisations are all you have to go by until you settle into a new place, so what’s it like to land in Dublin for the first time? Nine days in, Brenna O’Donnell takes stock.

When I see the signs directing me to baggage claim they are written in Irish first, and my heart jolts. My pre-departure Google searches on Ireland definitely didn’t prepare me to learn a second official language stepping off the tarmac. It’s 4am at Dublin airport and at least the few souls that are around are indiscriminately nice. This is a huge shift from the blunt, rushed nature of the New Englanders I just said goodbye to. But I’ll admit, I did see that one coming. Whenever I had announced that I would be studying abroad in Dublin for the spring semester, I was told that I would have SO much fun because Irish people are remarkably friendly. 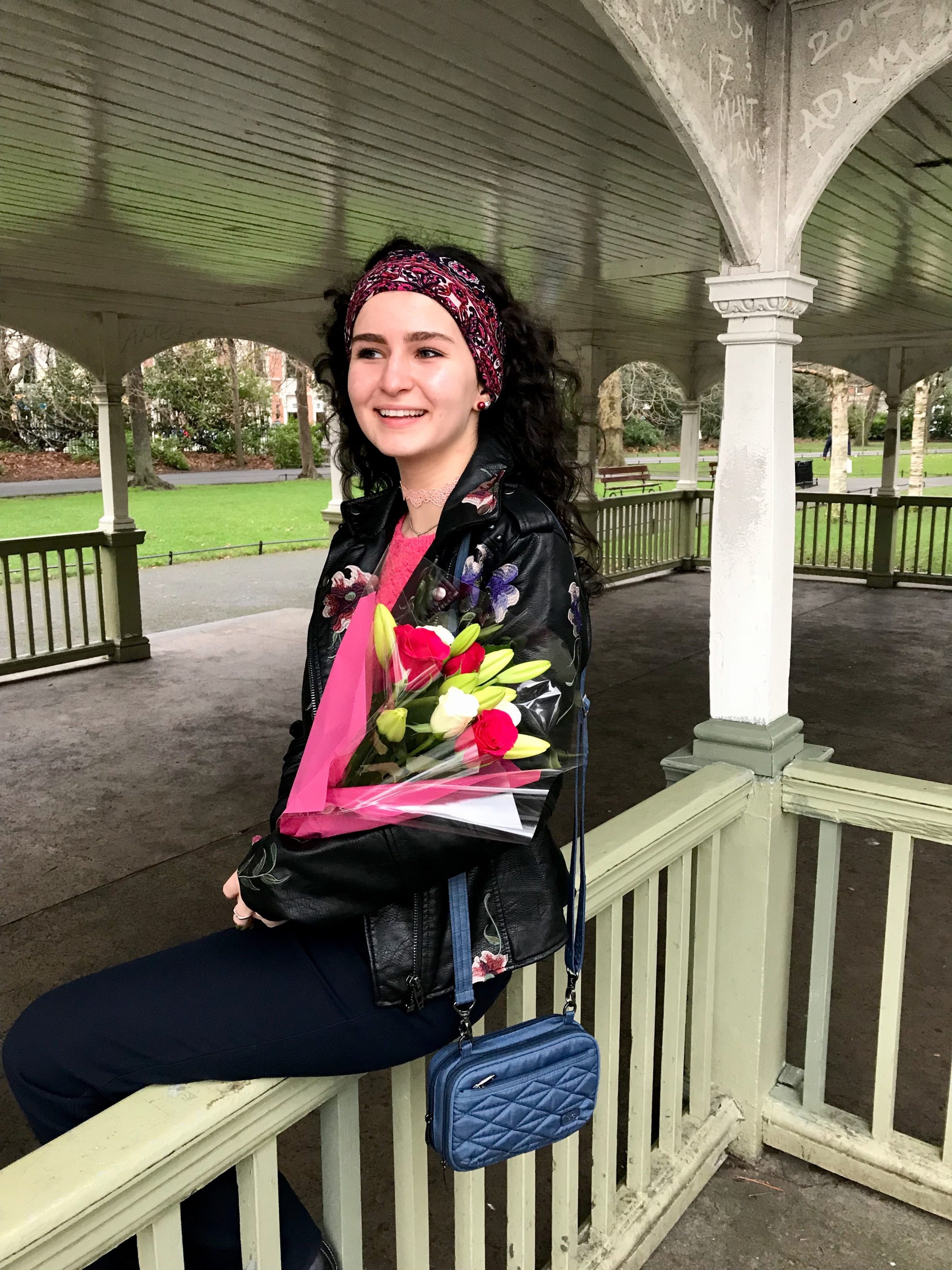 Everyone Talks to You. All the Time.
Although we are all quick to reject stereotypes about our own nationalities, having a reputation for being friendly isn’t a bad thing. I quickly find myself taking advice from taxi drivers, joking with bartenders, getting into debates in line at the cafe. Our first Sunday night here and two friends and I discover that liquor stores close at 10PM. Walking down the North side of the Liffey, we stop a young man to ask if he knows where the closest off-license shop is (Google Maps and American phone plans don’t mix well). Right away the man explains the early closing time, but says some pubs might still be open for a pint. Just when I think the conversation will end there, he begins leading us from pub to pub, going out of his way to help some strange Americans find a closing drink. When nothing is open, he apologizes profusely on behalf of the city and walks back the way he came. People in Ireland treat you as if you’ve been friends for years, while in America, speaking to strangers is almost always a rare and awkward occurrence.

Irish Women Wear More Makeup
I feel right at home walking down Grafton Street, seeing how closely linked Irish and American street styles are. Irish women have a particularly striking way of combining otherwise regular wardrobe staples into completely unique ensembles. What is different though, is the makeup. In America right now, a dewy, fresh-faced glow prevails, while Ireland seems to embrace more of a matte finish, with striking eye-makeup and perfected brows. Here, the foundation is thicker and the statement eyeliner wings are long enough to fly away with.

Donald Trump is Bar Decor
My first night in Dublin my roomates and I wander into The Celt on Talbot Street. From my American POV, the aura of the place couldn’t be more traditionally Irish. Live music fills the air and portraits of writers and revolutionaries hang on the walls. Another object hanging on the wall, amongst the newspaper clippings and knick-knacks, is a framed Donald Trump campaign poster. My roommates and I immediately start discussing whether to kick or punch it off the wall, as tension fills the table. It’s strange that such a divisive image in America is simply ironic bar decor in Ireland.

Nights Out Aren’t Strictly Scheduled
In my opinion all the best nights don’t follow a strict plan, and so far it looks like Dubliners feel the same way. Nights out in The States usually revolve around some pre-set itinerary of which bar to go to after which party, and which pizza place we’re going to stuff our faces in after it’s all said and drunk. In Dublin, I could be standing in Temple Bar one second, and then whisked off to Grafton street the next. It all feels very spontaneous.

Life slows down- or does it?
Even during the most mundane parts of my day, I’m aware of undeniable differences between Dublin and The States. Walking down the sidewalk to class, there are no strict “lanes” of foot traffic and, miraculously, people walk wherever they see fit without catastrophic collisions of spilled coffee and work papers.  That might be because it seems that no one is walking at that notoriously New York hyper-speed pace, except for me, of course. The jury’s still out on whether this means people are less in a rush about everything. Time will tell.