7 Things We Still Need To Know About Twin Peaks 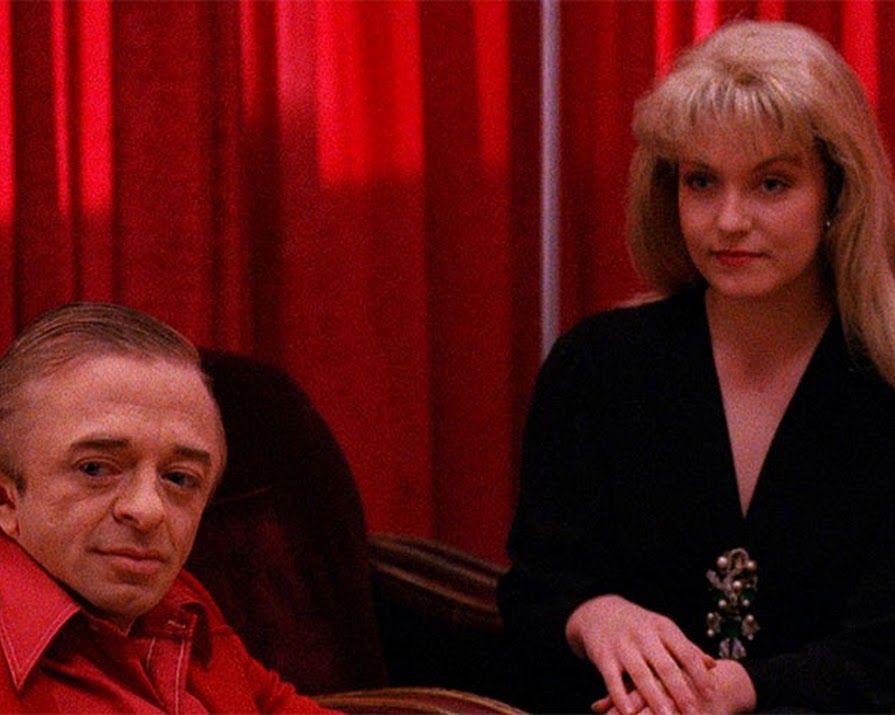 IT IS HAPPENING AGAIN. (And there are spoilers aplenty below for those who are still watching the early seasons ).

Yes, fans of the iconic TV show Twin Peaks are in a tizzy following the official announcement of a new season, which is coming back to screens 25 years after its untimely end. It’s all happening on May 21st this year, with a two-hour episode premiere on Sky Atlantic.

Back when it first aired back in 1990,?Twin Peaks was all you talked about.?It set the bar for the decades of TV that was to follow, yet there has never been a series quite like it. The show centred around the murder of homecoming queen Laura Palmer (it was this show that spawned the ‘whodunnit’ concept) and the lives of the inhabitants?of a fictional Washington lumber town. ?It had devoted newsgroups and fanzines buzzing with questions.?It had intrigue, logs, a couple we were desperate to see get together and it kept us guessing at every turn; a mystery that never quite unfolded as you thought it would. We basically spent the whole thing going: WTF?

Alas, the show ended prematurely after its creators?David Lynch and Mark Frost were pressured by studio bosses to reveal Laura’s killer early in the second season (Lynch has since said this was his greatest professional regret) and once this took place, Lynch gradually distanced himself from the show citing his unhappiness with its direction change – he had never intended to expose Laura’s killer, wanting to focus on the secretive lives of the townsfolk – and season two lost its way with it being cancelled in ’91.

Its end resulted in one of the greatest?cliffhangers on TV and 25 years later; it looks like we’ll finally get some answers (with plenty of coffee and pie). But what exactly will we find out? Lynch being the enigmatic?that he is will never put everything out on the table, but this Twin Peaks obsessive has seven burning questions at the top of a frighteningly long list: 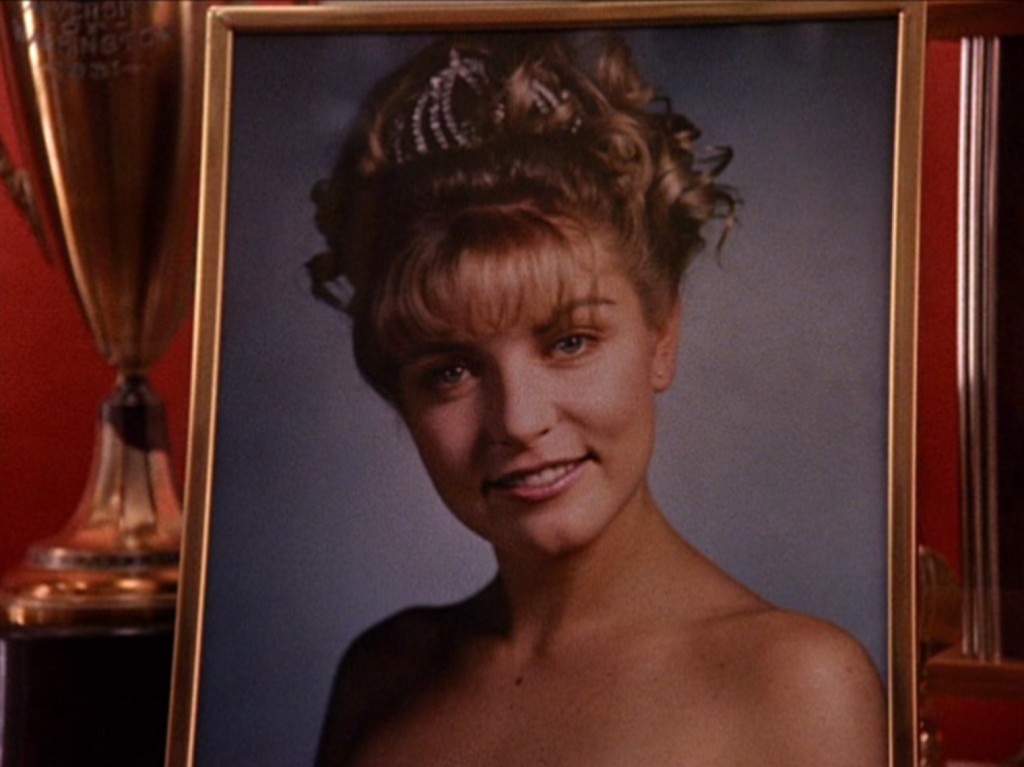 After over two decades, how does Laura Palmer’s death still haunt the town of Twin Peaks? Right up to the very end she was a constant reminder as to why we ventured into this crazy town in the first place and since we know she’ll definitely be making a return, it’s safe to say that she remains a presence. Surely other?life-altering events have happened since, but as Laura’s doppelganger is still in the Black Lodge with loveable CIA agent Dale Cooper (and promised to see us again in 25 years) don’t be surprised if?we meet her at least once in the new season.

2. What are the origins of the white and black lodges?

At the heart of the Twin Peaks mythology are the sinister Black Lodge and ethereal White Lodge (The Red Room – seen in Coop’s dream in season one – is a buffer “or waiting room” between both). According to Deputy Hawk, the White Lodge is the residence of the spirits, which has been pervaded and consumed by the Black Lodge, where everyone must go to “confront their shadow self,” but how did they come to be in the first place? And how did their inhabitants – MIKE, BOB, the Giant – end up there? It is one of the most fascinating story arcs in the series and remains endlessly debated by fans.

3. What became of the souls in the Red Room?

Are the souls of Laura Palmer and Coop still there? In the film Fire Walk With Me (made after Twin Peaks detailing the final 24 hours of Laura’s life), Agents Chester Desmond and Phillip Jeffries also vanish into the confines of the Red Room and never make their exit. Who else has been there and where are they now?

The Twenty-Five Years Later idea first appeared in the show itself as a dream sequence of Coop’s, potentially cementing it as a plausible future event. Also, when he finally enters the Black Lodge, Laura Palmer’s doppelganger tells Coop this very thing: “I will see you again in twenty-five years.? It’s a safe bet to assume indigenous residents of the Lodge already know the events that will occur (hence Laura’s words), and that they are simply informing Coop of his fate; that he must wait?until the time elapses so he can make his escape. What happens when the 25-years are up? That’s what we don’t yet know. Remember, Coop’s doppelganger was possessed by BOB at the end of season two, so the “good” special agent (or at the very least, his soul) remains trapped while his evil twin walks free. And the scary thing is that 25 years on the nose we are getting a third season. Was it planned all along by Frost and Lynch or a very accurate coincidence? At this stage, every possibility is wide open.

5. Will Audrey and Coop ever get together? 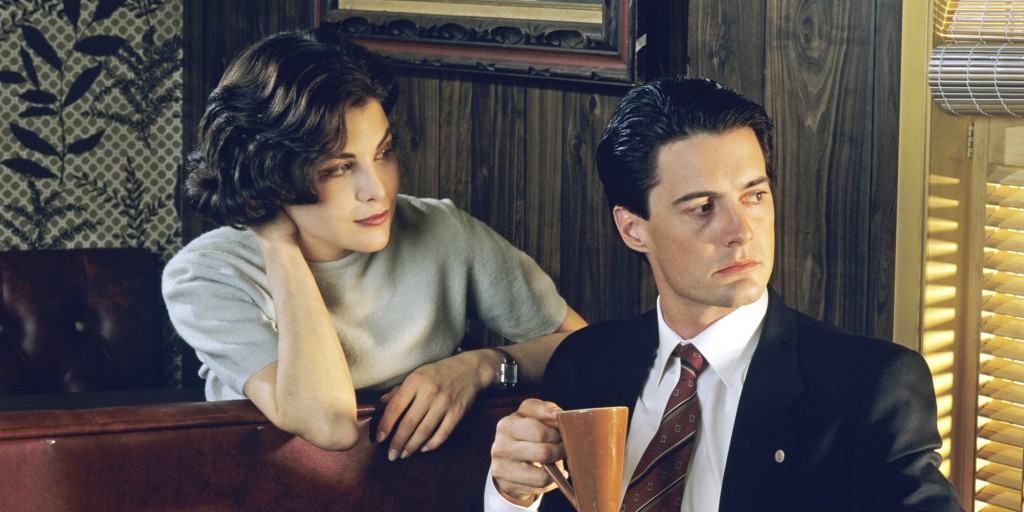 The nineties answer to what was Calvin Harris and Taylor Swift (i.e., a perfect couple) everyone wanted haughty Audrey Horne and Coop to become an item. They were responsible?for one of the most endearing non-romances in the series, and their chemistry was palpable throughout. Lynch personally loved the idea of the pairing, but rumour has it that Kyle MacLachlan (who plays Coop) wasn’t keen on a romance firstly because of school-going Audrey’s age in the series and secondly due to the?to influence of Lara Flynn Boyle (Donna Hayward), who was dating MacLachlan at the time. She apparently didn’t get on with Sherilyn Fenn (who played Audrey) and discouraged the idea of an on-screen romance. ?However, the town has matured, and Boyle and MacLachlan are no longer an item IRL, so it seems like it could be possible. LET IT HAPPEN. 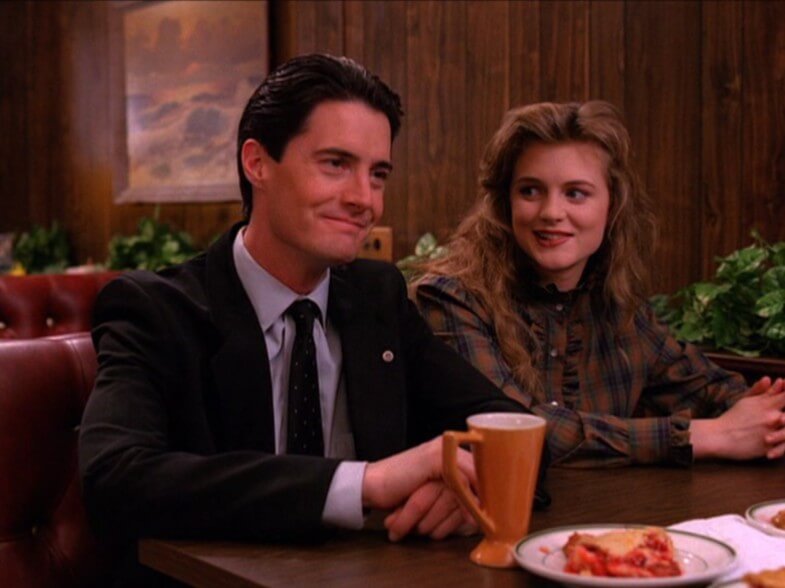 The Annie in question was Annie Blackburn (played by a baby-faced Heather Graham), Dale Cooper’s true love in season two. Graham’s name was sadly not on the cast list for the new season, but her character made it out of the Red Room, and she played a somewhat important part (especially leading into Fire Walk With Me). What became of her? We’ll have to wait and see.

7. Will BOB be exorcised?

In possibly the most frightening finale of any series on television, Coop was revealed to have succumbed?to the possession of demonic spirit BOB unknown to his allies and friends. Did they help him exorcise the demon in the time that has passed? Or will the third season reveal him in the same state? If the teaser is anything to go by, BOB will be sticking around. All bets are on as to who will play him since Frank Silva (the original BOB) passed away some years ago. His presence will be truly missed this time around as he was one of the show’s most terrifying characters.

It’s almost time!!! Are you excited about the new series?

Twin Peaks airs TONIGHT/Early Tomorrow with a two-hour episode premiere from 2AM-4AM Irish time on Sky Atlantic and is repeated on Tuesday at 9PM.